The FIRST Robotics Competition inspires students and young engineers to dive into automation and robotics. This event has been postponed due to COVID-19 concerns.

Among the many events being canceled due to COVID-19 concerns, the FIRST Robotics Competition has followed suit. The season has been going on since 2019, with the championship events originally set to happen in the spring of 2020.

The FIRST Robotics program allows students the chance to become educated on the robotics and automation industry. This event is sponsored by major industry leaders including Rockwell Automation, Automation Direct, Siemens, and others.

FIRST Robotics Season and Championships have Been Suspended

Unfortunately, the events have been postponed due to the current health concerns with COVID-19. There is not yet information about when the competition will reschedule for, but it will hopefully happen sometime in late 2020. 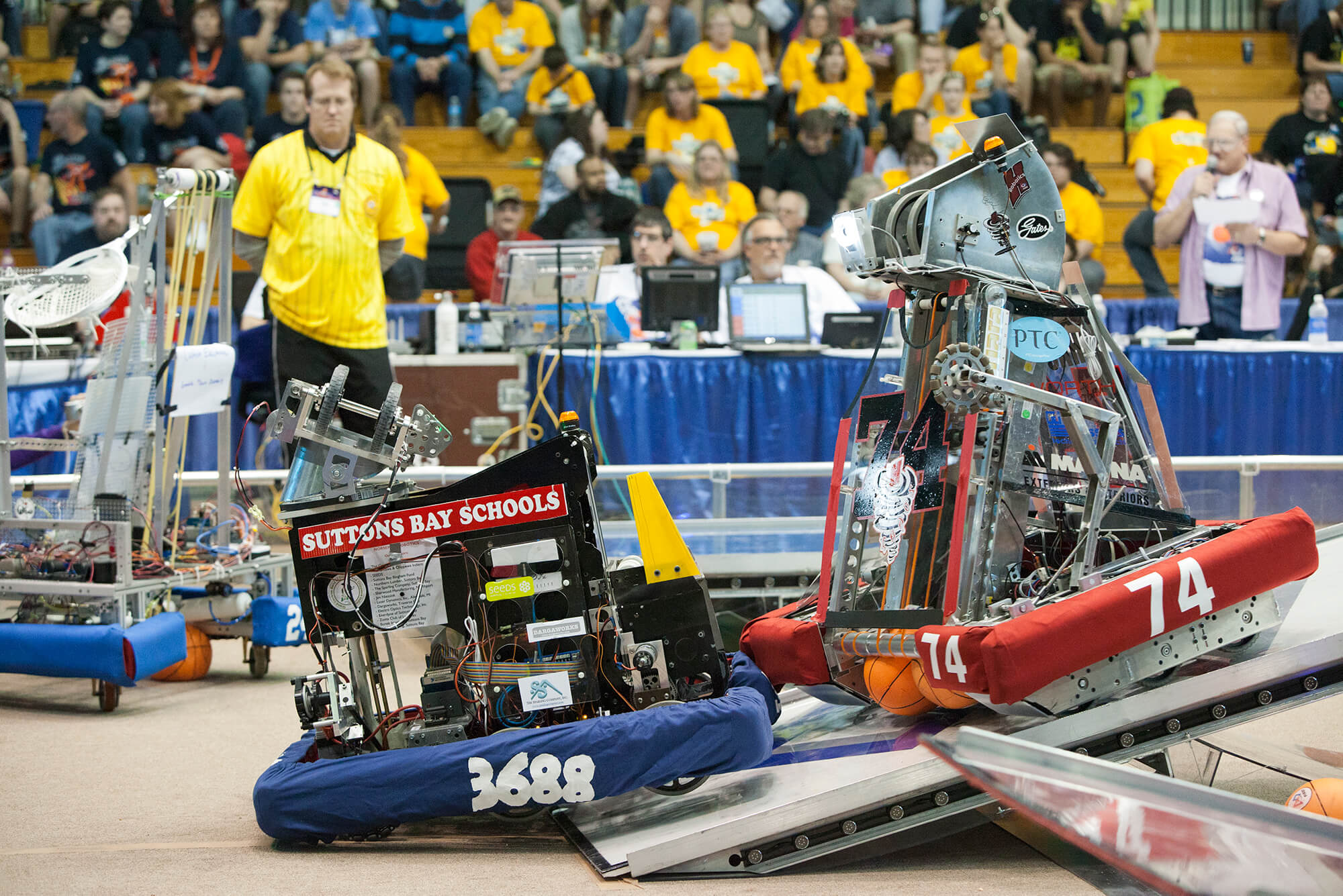 Since the robots are already built, let's look at this year’s design challenges. There are some videos you can find online of the games that have already taken place, and if the competition starts back up you’ll be able to see live at https://frc-events.firstinspires.org/watch. This year’s competition is called Infinite Recharge.

Getting Balls Into Goals

By rotating a color wheel a certain number of rotations or stopping it on a specific color teams can also score points. Teams score more points if their robot is able to grab and lift the entire robot into the air on a bar about five feet above the playing field and stay off the ground for five seconds after power is shut off from the robot.

This year robots are able to start with three balls on-board the robot during a 15 second autonomous round. Many teams are using on-board cameras programmed to find and align with the reflective tape around the goals. Robots are big enough to drop balls into the bottom goal.

However, to score points in the higher two goals robots must shoot the balls high into the air. After the autonomous round finishes, students operate the robot for two minutes and 15 seconds.

After the autonomous start, robots are not permitted to carry more than five balls at a time. This design constraint means students need to decide if they want to traverse the entire field to reload or design a system that could pick balls up from the floor.

However, the key is to get balls into the goals. To pick up and feed balls to a shooter many teams are using rotating shafts in front of the robots with some conveyor system. Many shooters are simple spinning shafts that would eject the ball into the air; the rest is up to aim.

Teams that have attempted to score extra points by rotating the color wheel are using a wheel or belt to make contact and use a motor to spin the color wheel. Teams can use sensors and cameras but the total cost of the robot cannot exceed $5,000. Also, many teams don’t have $5,000 for their robots or the time to design, build, and test more advanced systems.

Trying to operate a robot at a distance while trying to manually stop a motor at a specific location can be hard. This challenge teaches students design considerations and the timing of controls. Something as simple as direct or indirect drives, and using motors with or without an electronic brake could make this challenge achievable or almost impossible.

Many robots have attempted to lift the robot off the ground before the end of a match for points.

For extra points, teams work with an alliance team to balance on the pivoting bar. If two robots are off the ground five seconds after power is removed from the robots, and the bar is level teams gain more points. Each game has three teams that work together, and more points are awarded if all three are off the ground at the end of the competition.

These robots can be up to 120lbs. Once power is removed, some motors used to lift the robot into the air didn’t have enough resistance to stay up for five seconds.

Some teams used gearboxes for built-in resistance, but it would also slow down operation to the grabbing arm.

Teams that tried to balance with their alliance kept things simple by grabbing the bar at a strategic distance from the other robot to balance. However, some teams have multiple hooks with independent motors to shift the weight between the two arms to help balance.

The program is hoping to start back up again as soon as they can, but win or lose, everyone wins with a younger generation that is inspired to work in STEM and the automation industry.

These events are beneficial to young engineers and students because it gives them a one-on-one chance to interact with major industry leaders in robotics and automation. 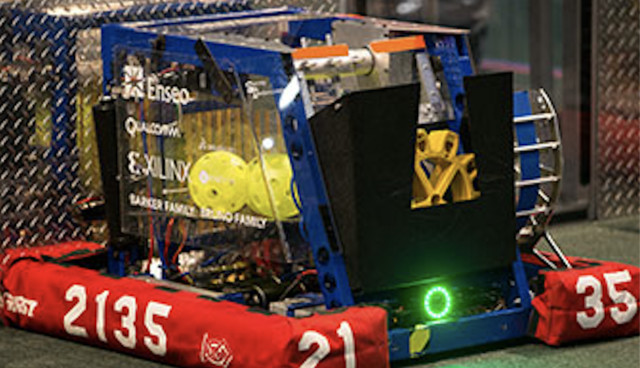 A robot featured at one of the FIRST competitions. Image used courtesy of FIRST Robotics.

Companies such as Rockwell Automation, Siemens, ABB, and others are present at these events. Students in STEM get the chance to talk with these companies and learn about what a professional career in these industries looks like.

Experienced students are put into leadership roles and get to further develop their technical and soft skills by working with others.

FIRST Robotics Competition and other STEM educational programs have helped instill these values in students across the world.  We will have updated information about when the event will be in the coming weeks.