Veo Robotics is a developer and manufacturer of intelligent human-machine collaborative systems for the industrial automation sector. Veo's launch of its FreeMove 2.0 Engine brings even greater capabilities to its FreeMove engine, conducting dynamic Speed and Separation Monitoring to enhance the safety of human-robot interactions. 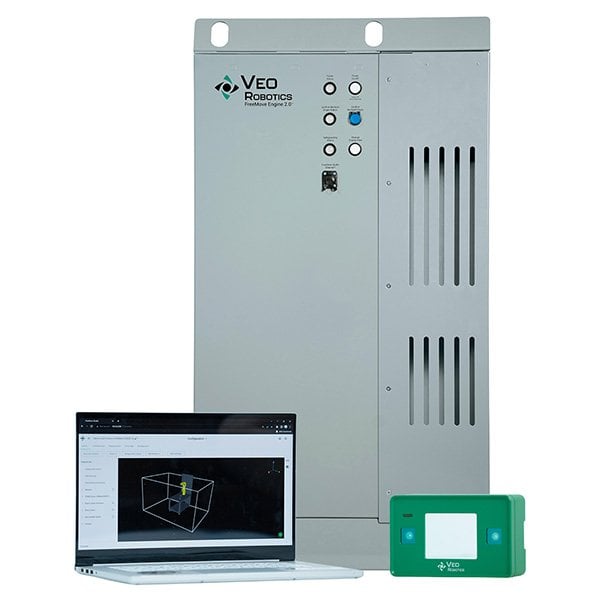 For the U.S. manufacturing and warehouse scene, there is a clear red alert being sent out across the country concerning the ongoing labor shortage. According to the marketing intelligence firm, Interact Analysis, and globally recognized media and publishing company, Forbes, there is a shift away from manual, labor-intensive work in environments such as warehouses, distribution centers (DCs), and manufacturing facilities.

It appears that as baby boomers retire from warehouse and manufacturing roles, the younger generation is looking away from such roles and seeking out those in technology, healthcare, and computing. Not only is remuneration more favorable, but working conditions are also more attractive.

To keep up with the boom in e-commerce and satisfy the needs of online shoppers, warehouses, DCs, and manufacturing, facilities are turning to automated robotics. According to Veo, human-robot collaboration has increased for 6 out of 10 manufacturers across the last year.

Humans and robots can work together to move, pick, place, and arrange items or products. This can boost productivity and free up workers to pursue higher-value tasks. Despite this, workers and facility operators still share concerns regarding the safe collaboration of humans and robots within designated working environments.

Veo’s FreeMove is a safeguarding system designed to monitor industrial work cells with dynamic human-robot collaboration. The system components include sensors, an engine, and a studio. FreeMove's 3D Time-of-Flight sensors are placed on the workcell periphery to capture detailed image data.

FreeMove Engine is a high-powered industrial computer that uses the image data from the sensors to identify the workcell and what is in it, including the robot, human, and potential hazards. FreeMove calculates all possible future states, and if a human comes too close or within the protective separation distance, FreeMove Engine sends a signal (or dual channel safety output signal) to the robot in the workcell telling it to slow down and stop.

Veo’s FreeMove is suitable for use across a range of collaborative applications, including collaborative palletizing, machine tending, operator load station, and more.