Impedance in a series circuit is the orthogonal sum of resistance and reactance: 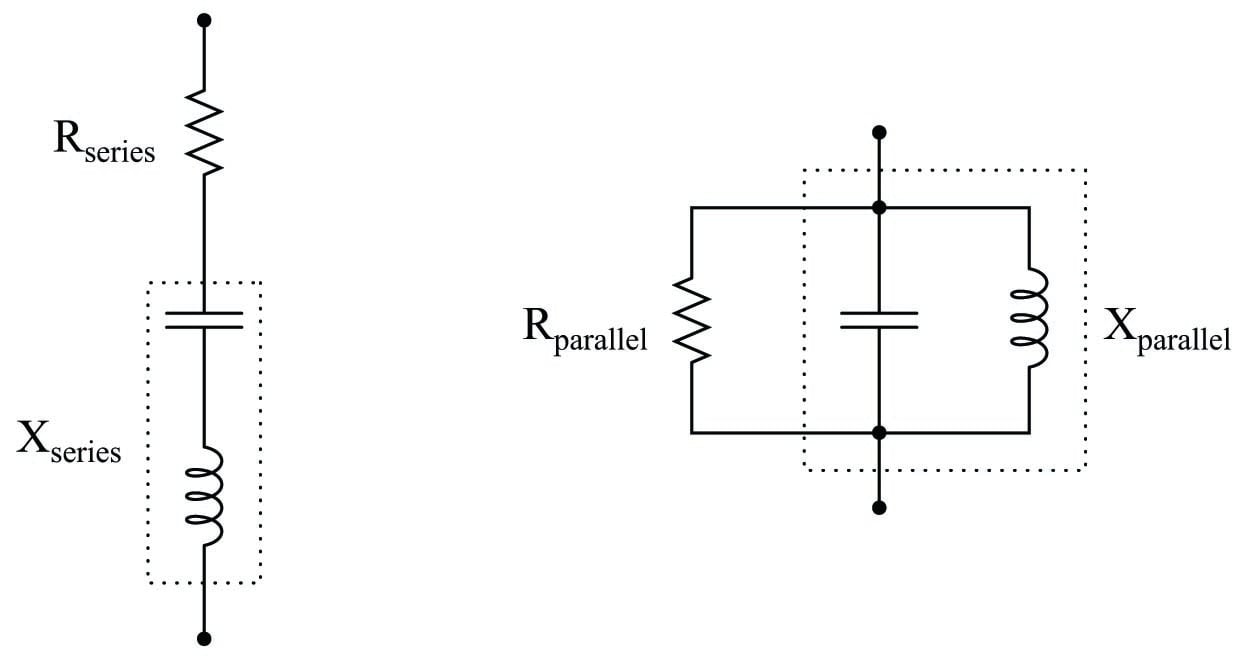 If the total impedance of one circuit (either series or parallel) is known, the component values of the equivalent circuit may be found by algebraically manipulating these equations and solving for the desired \(R\) and \(X\) values: