The devices are designed to increase flexibility and machine utilization while reducing lost productivity caused by unforeseen production stoppages. The FlexLoader M family includes six different models offering several methods of unloading and loading machines based on the size, shapes, and amount of the workpieces being handled.

The former is a drawer solution offering machine tending and featuring a minimal footprint that makes it suited for handling workpieces with various shapes such as cubes, cylinders, plates, and pipes. The FlexLoader M Conveyor works via a vision system and can enable easy loading of workpieces with complex shapes to handle a variety of workpieces with a single cell. 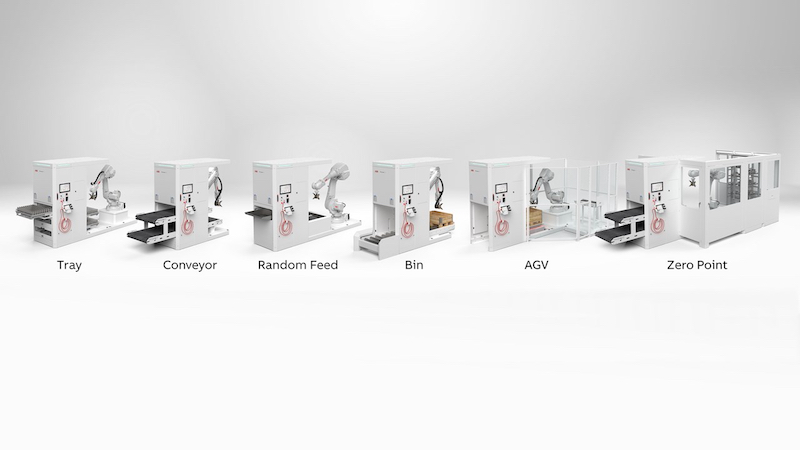 The remaining four models are the Random Feed, Bin, automatic guided vehicle (AGV), and Zero Point. ABB said they would be officially released in the coming months.

According to the company, all the modules in the FlexLoader M family are easy to program via FlexLoader M Vision, even for workers with no vision programming expertise. 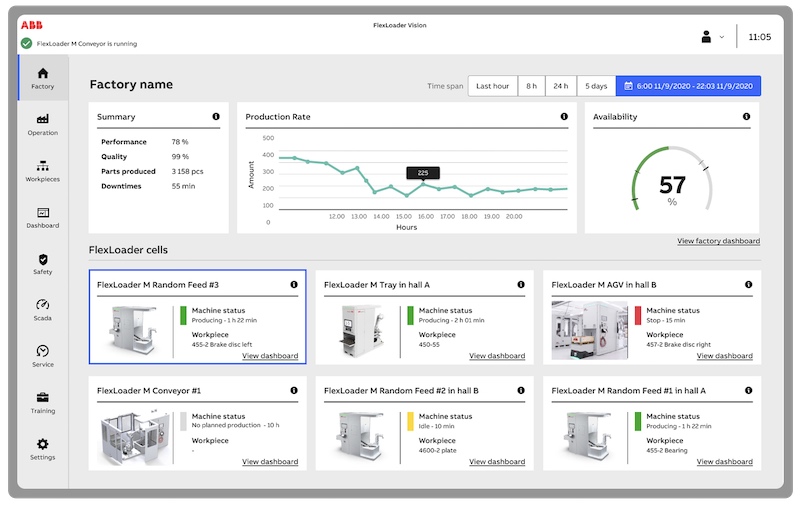 They can also be equipped with a vision system (either a 2D camera or 3D sensor) capable of identifying the workpiece’s position and automatically giving commands to robots, machine tools, and other cell equipment. This equipment could include air cleaning stations, part marking, deburring, and measurement systems.

In terms of applications for the technology, ABB directly mentioned foundries and die casting operations with machines producing multiple types of products in varying quantities.

According to ABB, FlexLoader cells can potentially give companies a much faster return on investment while giving users a sustainable competitive advantage at the same time. 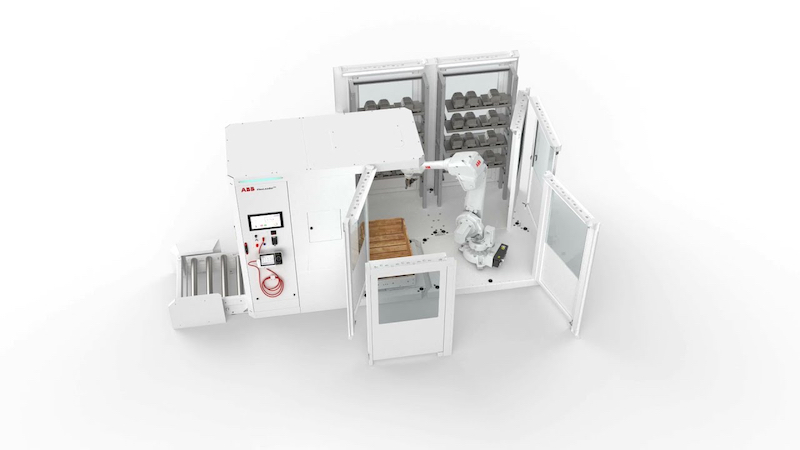 The company mentioned the new FlexLoader M could minimize costs for specific machine tending processes by up to 90 percent, with one operator able to handle up to ten cells simultaneously.

Data gathered by utilizing the FlexLoader M devices suggests the automated systems can deliver machine utilization of over 97 percent against the 40-60 percent of manually operated machines. ABB is hopeful that the new FlexLoader M Family will help engineers change the way they use machine tooling on the factory floor.