Recently, ABB announced the latest development of its simulation and offline programming software, RobotStudio. The software can now be used to control the motion of ABB’s SCARA robots straight from your PC.

Another robot, the ceiling-mounted IRB 910INV. This SCARA robot comes in a 3 kg (350 mm reach) and 6 kg (550 mm reach) payload model and is powered by an ABB OmniCore controller. 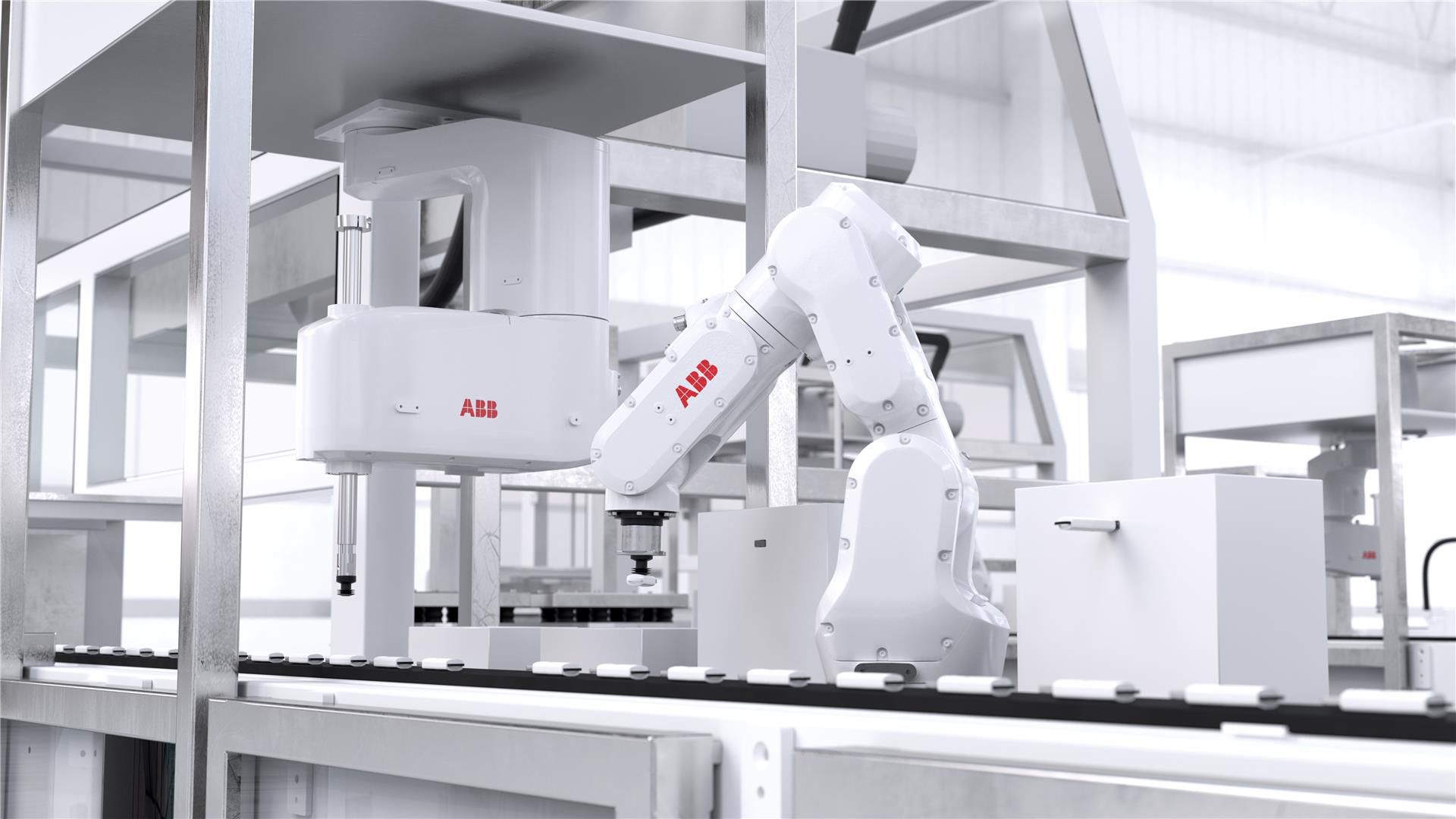 Favorable applications for the SCARA robots include anything from general-purpose tray kitting, component placement, palletizing, depalletizing, and assembly.

ABB designed RobotStudio as a solution to allow users to test and create an entire robot installation in a virtual 3D environment, all without disturbing their on-site production line. This virtual testing center is important for manufacturers wanting to enhance mass customization and reduce product life cycles. The speed of production lines can be modified easily and safely without causing unwanted mishaps during the commissioning process.

ABB has created an add-on to RobotStudio called Robot Control Mate to further enhance the remote control user experience of production line set-up and management. This new functionality provides users with the ability to jog, teach, and calibrate robots from their computers.

ABB plans to pioneer the Robot Control Mate functionality within the IRB 910INV ceiling-mounted robot and expand to other robots of its SCARA family like the IRB 910SC.