KUKA and Roboception have partnered to bring AI to bin picking, creating a 3D vision system that helps identify objects accurately before AI is used to pick and place them.

With the help of Roboception, a company that focuses on 3D vision hardware and software, KUKA has managed to create a new 3D vision system that uses the power of AI to increase efficiency and accuracy in their robots used in the bin picking process. The development brings the first ever automation toolkit for vision robotics, which KUKA hopes will make for an easier integration process for their customers. 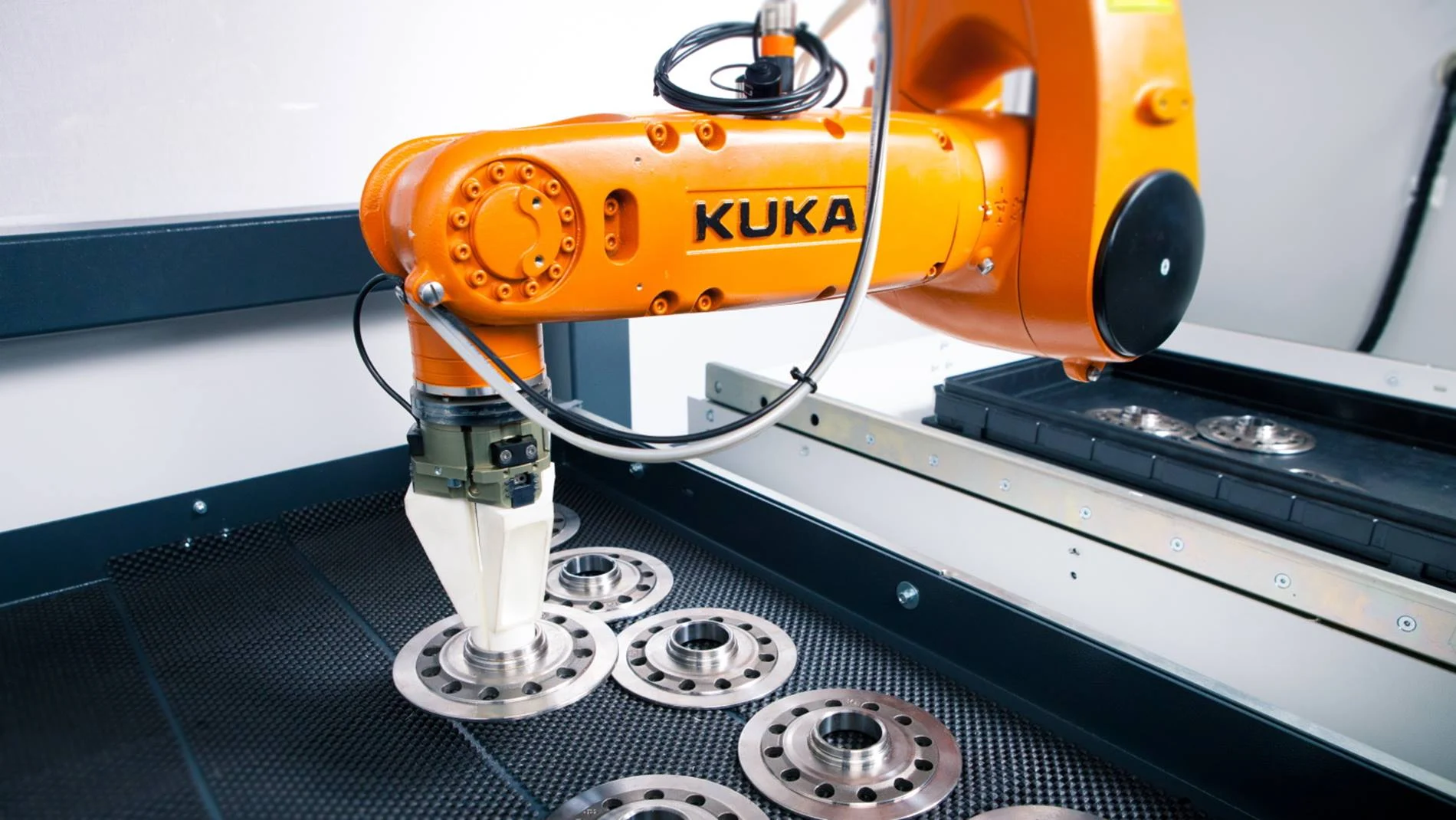 AI has become a very important tool for the robotics and automation industry, and AI-based vision systems have the potential to revolutionize the difficult process of bin picking. In the case of KUKA's new bin picking robot system, they have used AI to help with the complex robotic movements required when a robot is tasked with complicated bin picking jobs. The idea is to help make robotic vision and AI efficient enough to replace the monotonous bin picking jobs that traditionally need a human to complete.

In order to be effective and save manufacturers on integration costs, KUKA and Roboception have worked to design the system with easier programming in mind. Roboception provided the included 3D camera that comes standard in the technology package. The camera is able to provide images to the computer where it can then be processed into a path that avoids singularities for the robotic arm it is attached to. The system used to calculate the collision-free path is the KUKA.SmartBinPicking software. 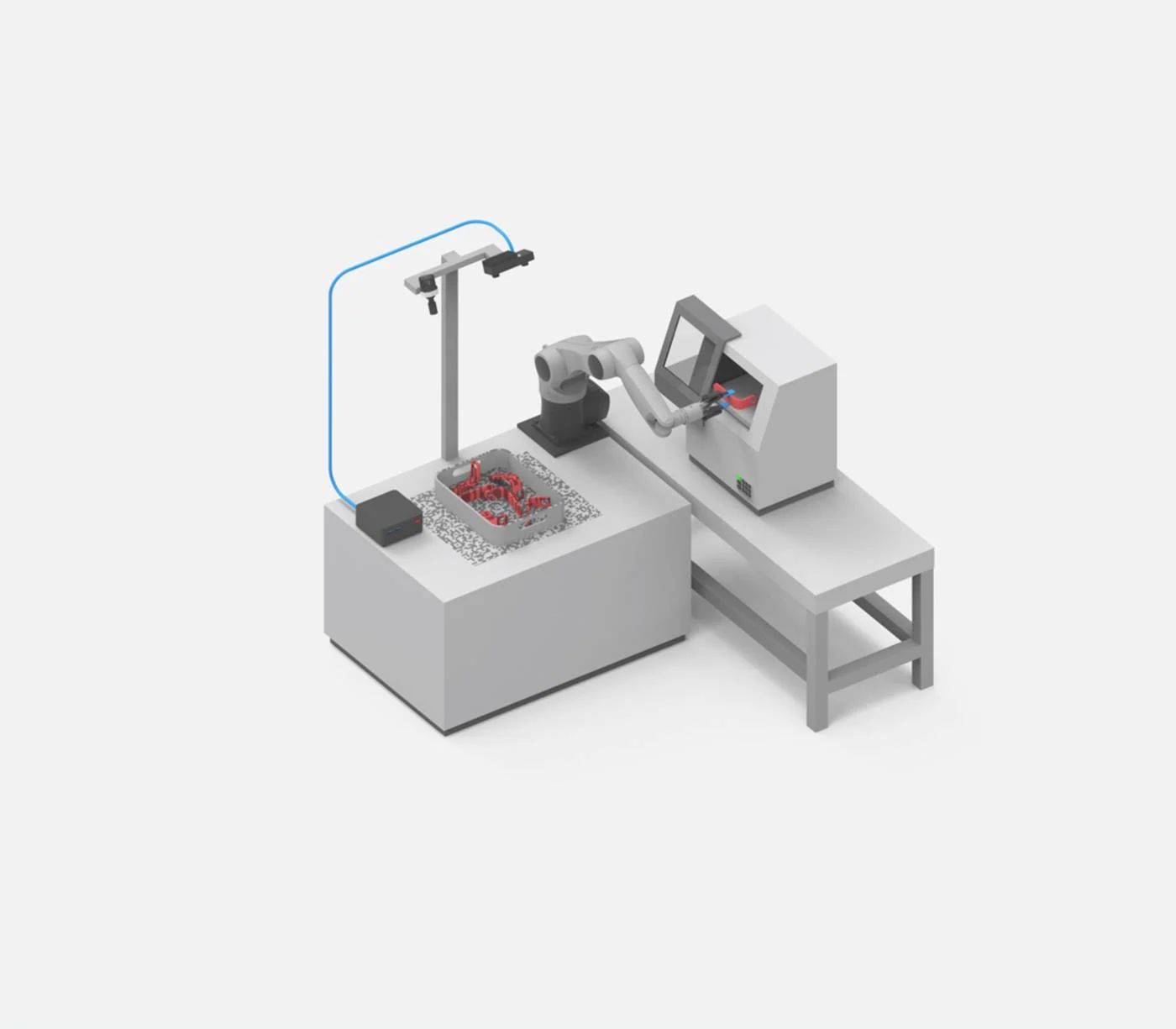 The KUKA.SmartBinPicking software is designed to offer high speed calculations for robotic movements to avoid collisions, while at the same time avoiding any robotic singularities. Traditionally, random object placement is difficult for bin picking robots, but with the new software, object placement is no longer a hurdle in picking applications. With this in mind, KUKA explains that gripping systems that are directly linked to the 5th axis are much more accurate for system calculations.

Going along with industry 4.0, the software is able to start calculations on its next pick while in the process of completing one. This greatly helps to reduce cycle times by providing more computation time for the control system. In order to save space in the robot control unit, all of the bin picking computing is exported to an external industrial PC. The industrial PC is capable of easily managing the AI-based calculations necessary for intelligent bin picking. Decreased cycle times greatly enhance plant efficiency and can help manufacturers save time and money on their bin picking applications.

Robotic bin picking is difficult for robotic systems because of the complexity involved in trying to move the robot accurately without singularities when moving to a myriad of random locations. KUKA and Robocetion have worked together to create a 3D AI-based vision system capable of handling complex bin picking situations. The unit even comes with a programming smartPad that contains predefined components to help with the integration process, giving functionality even to those with only a basic understanding of robotic programming.