Mitsubishi Electric, a manufacturer of electronic and electrical technology, and RIKEN, the National Institute of Physical and Chemical Research, have jointly announced their development of innovative AI (artificial intelligence) technology that clarifies the rationale behind AI-based control systems.

In the conventional AI approach to controls, output from various sensors is fed into an AI system that essentially acts as a black box. The AI system then combines the input with past learning results to infer control signal outputs.

While this approach works, there are issues with it. For example, no rationale is provided for the control decisions made. Not having the basis of decisions clearly stated makes it difficult for users to ascertain the AI system’s accuracy and have the necessary confidence to implement AI controls into key infrastructure systems. This inability to fully understand how certain decisions are made also makes it extremely difficult to troubleshoot issues. 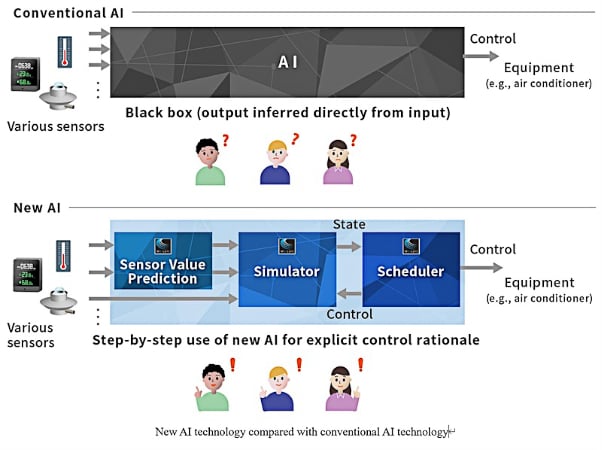 Mitsubishi explains this new approach using AI control of a room air conditioning system as a simplified example. The AI system will quantify key characteristics of the operating environment—namely the insulation and room size—not measured by sensors.

Using past working data, the system estimates how many people are likely to be in the room. From that, it will predict how many people will enter and exit the room and the room's ambient heat levels in the future. Note again that sensors do not measure these values.

In addition, users can understand the rationale behind the control system by studying the control plan and the simulation results upon which it is based.

Also announced is the development of the Mitsubishi Electric Group AI Ethics Policy, which focuses on human-centric considerations for security, privacy, non-bias, and safety in addition to convenience. This policy is being developed in response to several movements worldwide seeking to restrict AI because of its high risk. 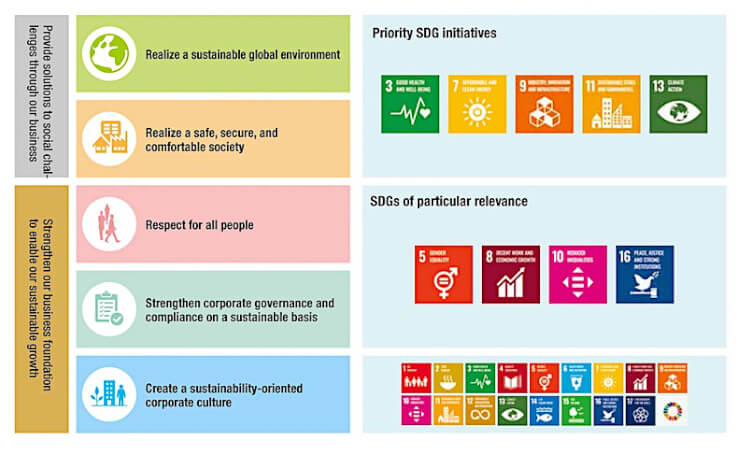 Among key points in the AI ethics policy is a commitment to more rigorous testing, enhanced security measures, and better transparency. This new AI ethics policy sets a good example for similar businesses to ensure that their technology is more human-centric and in accordance with developing international policies.

Between the AI ethics policy and Mitsubishi Electric Maisart technology’s more transparent approach to AI decision-making rationales, the future of AI looks promising, and these concepts should lower some of the existing hurdles to AI adoption.