Looking to hire a new employee? A new partnership between an AI robotics company and an automotive parts manufacturer argues that maybe it should be a robot.

Musashi Seimitsu, one of Honda Motor Corporation's affiliate companies, has teamed up with SixAI Ltd., an AI robotics company, to bring AI-powered robotics into industrial applications.

The partnership—dubbed MusashiAI—began as a consortium announced in April of 2019 with a goal of producing high-level AI industrial robotics solutions that were first demoed at AI Expo Tokyo 2019 in April.

Now, the partners have today launched what they're calling a "robot employment agency" to bring AI-powered robotics into more workplaces.

Robots by the Hour

One of the most unusual parts of the new agency is that the robots in question will be available for rent on an hour-by-hour basis. This means that even smaller companies without the ability to commission full fleets of AI-powered robotics may be able to test the waters of AI in their facilities. 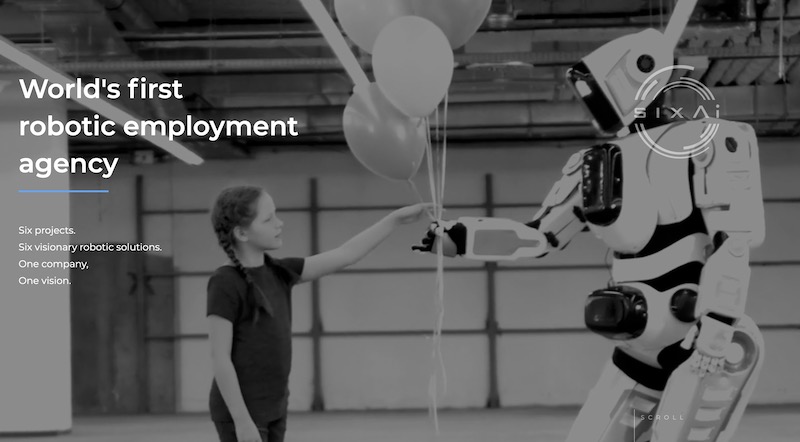 A promotional image from SixAI

Because MusashiAI claims the machines in question are fully autonomous rather than automated, they are capable of learning as they work. In theory, a company need not program every minute task and motion into the robots as they would be at least partly trainable like any temporary worker.

SixAI is an Israeli-founded company founded by Ran Poliakine, an entrepreneur with a track record of spearheading technology startups with a future-tech feel. One of his most famous properties is Powermat Technologies, an inductive charging wireless power transfer (WPT) technology company he founded in 2007 which has since served as a core technology for major WPT applications across industries.

When speaking about the new "employment agency," Poliakine said that the goal was to offload "repetitive, but essential work" to robots so that humans could focus on more engaging tasks "where they have a competitive advantage over machines."

SixAI is so named because of its core founding interest in six AI robotics projects.

The six defined robotics goals paint a picture of the challenges facing the robotics industry, the first two of which are currently being brought to life by their partnership with Musashi Seimitsu: 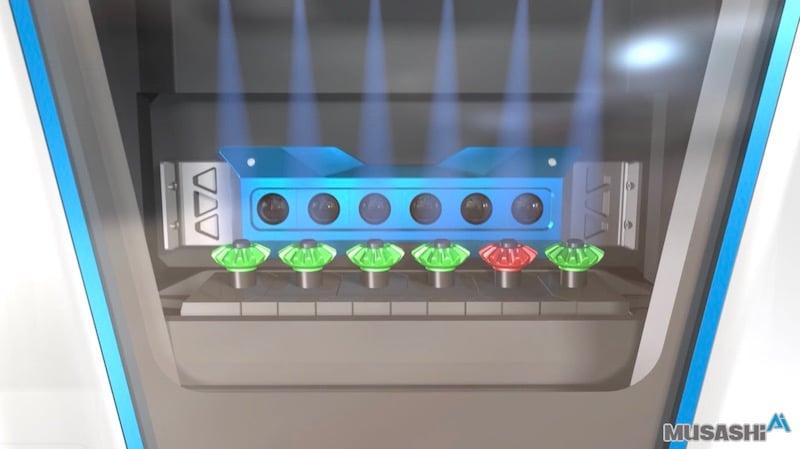 A rendering of the visual inspection system for product defects. The blue lines indicate the positioning of several cameras around the objects to be inspected. Image used courtesy of MusashiAI 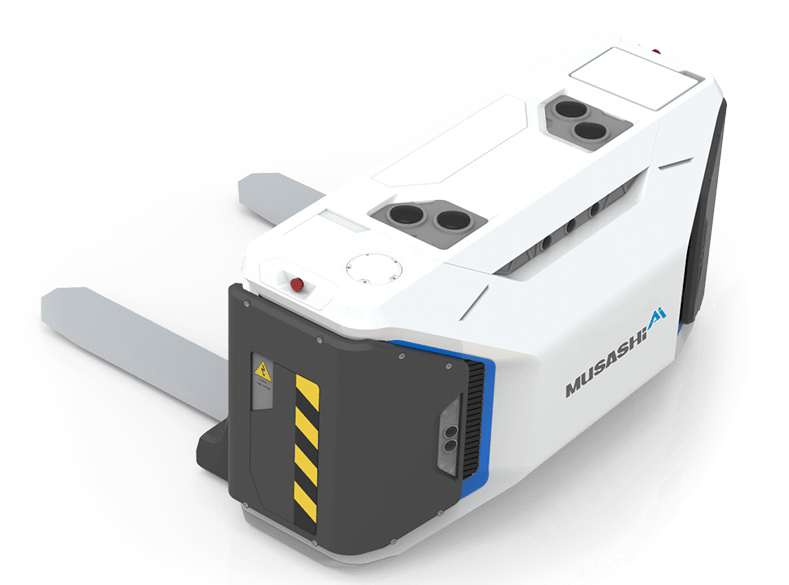 But SixAI's goals lie far beyond the industrial parameters set by MusashiAI's partnership with Musashi Seimitsu, as demonstrated by their four remaining projects:

Musashi Seimitsu is known for manufacturing parts for automotive powertrains and has over 35 locations globally with over 80 years of manufacturing experience. The MusashiAI consortium represents the lion's share of Musashi's AI project that officially launched in April. 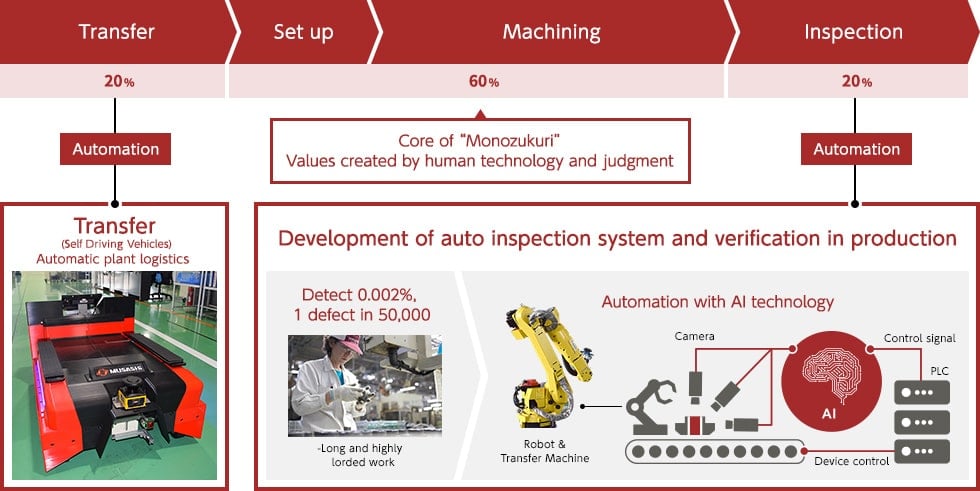 Where SixAI provides AI know-how, which Poliakine gleaned from years of developing machine-learning solutions in other industries such as healthcare, Musashi represents the real-world industrial backbone to the partnership. One of the key factors to understanding Musashi is, according to Musashi Seimitsu's philosophy, the Japanese concept of monozukuri: dedication to a craft embodied at every step of the production process.

Whether the robotic employees that the newly minted agency produces will be able to demonstrate the same monozukuri spirit that the company has prided itself on will be seen in the coming years as AI in robotics becomes more prominent.