Since the introduction of PLCs in industrial engineering in 1968, automating process capabilities have increased at a steady pace.

Improvements in silicon-based integrated circuits and the emergence of mechatronics as a discipline made machines automate tasks with high precision and accuracy. The robotics field became a reality and not just a pipe dream.

Humans have been capable of large-scale improvements in a relatively small timeframe because of what human hands evolved to be.

A hand—formed by many bones, joints, muscles, ligaments, and tendons—can execute a versatile array of tasks. This is possible due to the human hand’s dexterity and the superior control we have with our appendages. Opposable thumbs enhanced the prehensile nature of the hand humans received from evolutionary ancestors.

The versatility, dexterity, and control possible by our hands enabled us to create and use tools to bring advancements, instead of evolving our body.

Even though robotic arms cannot match their human counterparts in terms of versatility and dexterity, they can accomplish specialized tasks in a modern industrial setting. 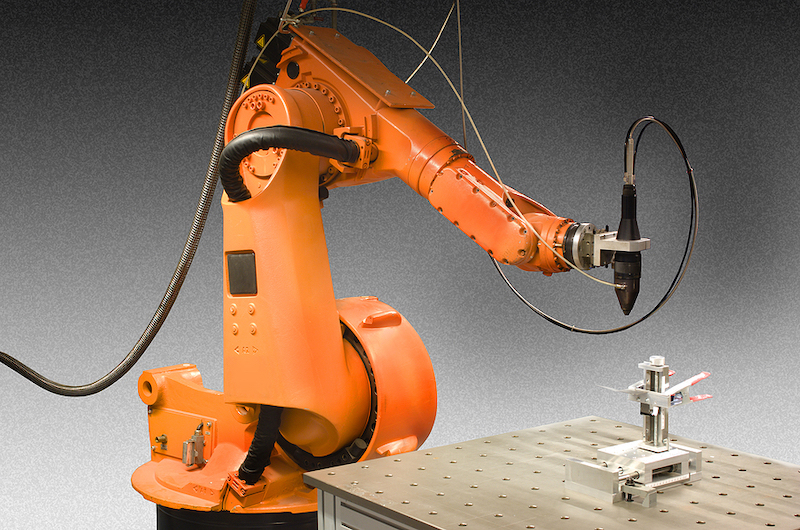 Many different types of robotic arms are available according to their capability and the complexity of movements they can perform.

Outlined below are two robotic arm solutions for cartesian robots, six-axis robots, and others.

Application of mathematical principles is needed to design robotic parameters and calculate the movement required to complete a robot’s instruction. As we saw in the previous section, there are different kinds of robotic arms used in the industry. Each of them follows a different coordinate system due to the differences in mechanical design and use cases.

Cartesian robots only execute linear motion; the control equipment and motors can be mounted on straight line poles supported by rigid scaffoldings. Large, automated cranes in container terminals are examples of gantry robots. They only execute linear motion and can be defined, designed, and implemented with a three-dimensional Cartesian coordinate system. It has three axes for movement: x-axis, y-axis, and z-axis. Thus, it has three degrees of freedom. 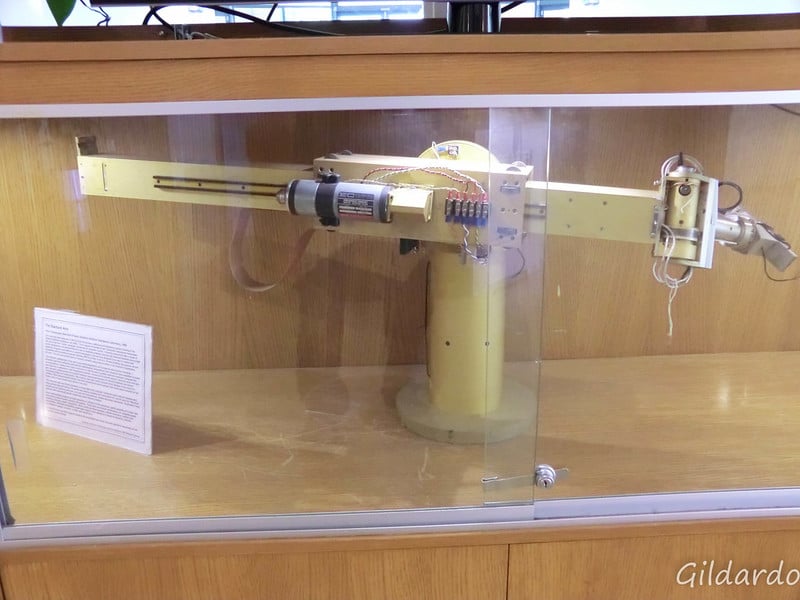 Among the first implementation of this methodology is the Stanford arm based on the thesis of Donald Pieper. It was the first six-axis robot with six degrees of freedom for movement. It had two revolute joints at the base, one spherical joint, and a prismatic joint.

Motion planning is the computational problem of calculating the path a robotic arm follows to execute its tasks. Robotic arms have different axes controlled by separate motors. Different configurations of the motors achieve different paths for motion. Keep an eye out for the second Robotic Arm Solution article for more information on motion planning.

Robotic arms are the evolution of machines accomplishing automated tasks to mimic the human hand for accomplishing complex and versatile tasks. Robotic arms can have different tooltips to achieve a variety of tasks. There are many different types of robotic arms according to the movement, coordinate system, and degrees of freedom. Robotic arm solution is the mathematical solution for maneuvering the arm.

The upcoming series will provide insight into how to use the kinematic chain and motion planning in robotic arms.