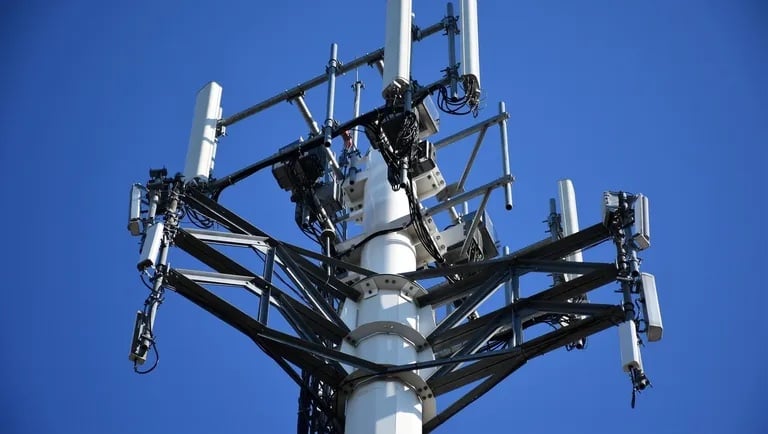 Skydio also announced its partnership with Bentley Systems. Bentley Systems will be providing the photogrammetry solution for the 3D Scan datasets. With this new partnership and technology, this AI-driven solution will change how building inspections are performed and overall flight experience for drones.

Alongside Dronedeploy and RealityCapture, Bentley will use their experience in infrastructure engineering software to optimize Skydios drone systems. For example, the 3D Scan software can accurately and precisely generate 3D models, perform building inspections, and recreate a scene down to exact specification.

3D Scan went through months of developmental testing and trials to achieve results. Many organizations participated in this testing, including Sundt Construction, North Carolina Department of Transportation, and the Boston Police department. As a result, early users reported having 75% faster data capture and 30% lower inspection rates.

With drones becoming more popular and abundant, the overall infrastructure for drones is improving as well. One goal for Bentley Systems and Skydio is to improve autonomy and the user experience. With an improved operating system, the 3D Scan system can enable safer building inspections without worrying about the drone’s performance and navigating obstacles.

In the past, attempts with drones to replace building inspectors would not be worth the cost. Now, the cost to do this is much lower, and there are fewer safety concerns when performing these duties. 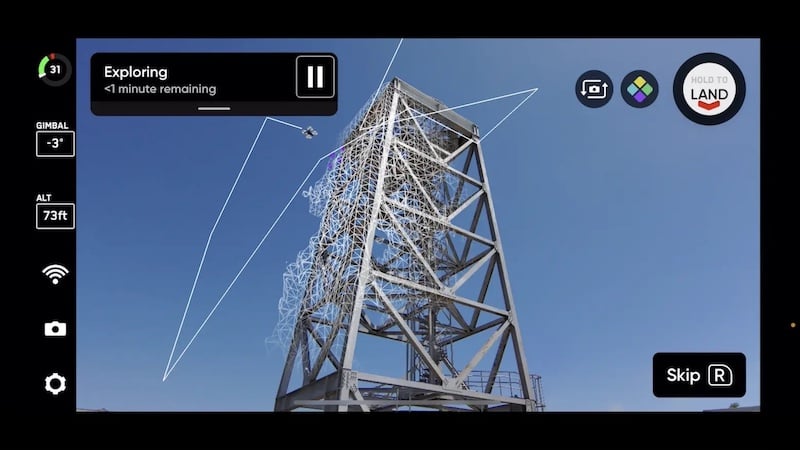 An example of the Skydio 3D Scan interface. Image used courtesy of Skydio

The 3D Scan solution can also include annotations, measurements, and continuous status tracking. All of this can be performed without a skilled drone pilot, extensive training, or constant GPS connection. Now, users can focus better on data collection rather than the semantics and high costs. 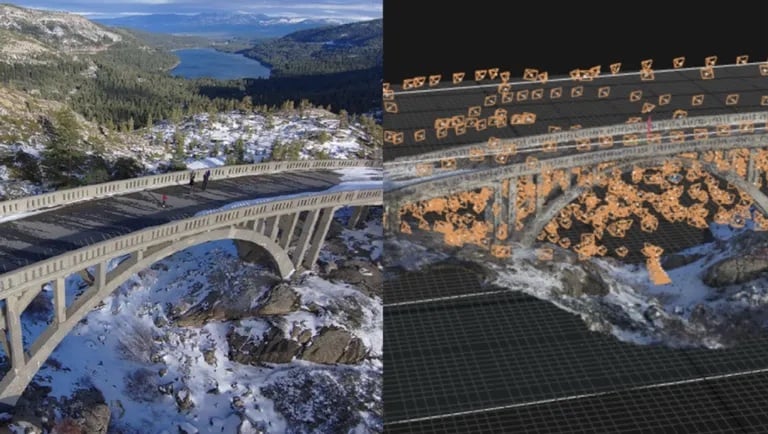 “We have been amazed by the results we achieved using 3D Scan during the Early Access Program. Our teams will be able to get in the field faster and better serve our clients through the business development, operations, and close-out processes,” said Dean Miller, Virtual Construction Engineer of Sundt Construction.

The 3D Scan solution is available for newer Skydio drones for $2,999 per drone per year. At first glance, this might seem steep, but it's worth the hassle and other costs related to working with solutions that won't promise good data sets. With a better-established drone solution, we can expect to see them being utilized in more industries where precision and accuracy are compulsory. This solution will likely be utilized by the Department of Defense, police departments, and other government entities.