Who are Cyngn and Columbia?

With current economic challenges like labor shortages and high initial investment costs, Cyngn is trying to combat these challenges with its software and hardware packages. Cyngn produces software for both the vehicle and customer end-user, along with data management software that can leverage artificial intelligence (AI).

When working in a large facility, it is important to move around the facility quickly and safely. Whether it be the maintenance staff that needs to get to a particular machine or deliver raw materials to different parts of a manufacturing process, the ability to move around a facility is essential. 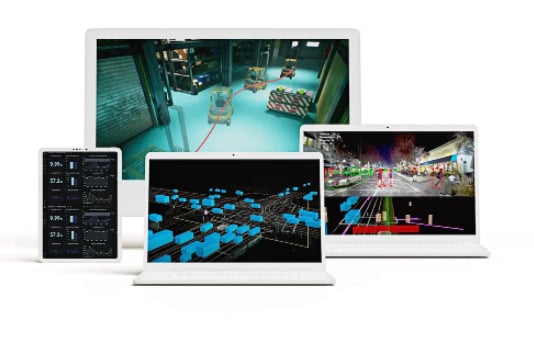 Currently, industries using autonomous vehicles most are the warehouse industry.

Using advanced computer systems and GPS tracking allows for a warehouse to move components from shelves to conveyor belts to trucks that deliver to our homes—all without the need for human interaction. Auto manufacturers are starting to jump on this bandwagon as well AGVs (automated guided vehicles) that deliver components to different sections of an assembly line as required.

Transporting products that are dangerous, unstable, or too heavy for ergonomic movement by workers is one of the many reasons to use autonomous vehicles. Electric vehicle production requires transporting massive amounts of live lithium-ion batteries around the factory floor. By using autonomous vehicles and sensors to move this product, any abnormal thermal event will cause the transporting vehicle to abort its current path and move to a safe zone where the battery issue can be resolved safely.

This suite includes the DriveMod autonomy solution, which combines software, hardware, and AI. Essentially, DriveMod is an add-on to existing industrial vehicles that can turn a manual-driven vehicle into an autonomous vehicle.

With DriveMod, the user can set routes or allow the vehicle to follow a specific path. The DriveMod software uses in-vehicle intelligence to detect objects or select the most efficient path around objects. Along with DriveMod comes Cyngn Insight.

Cyngn Insight is a software data analytic and fleet management tool. Like with any major financial investment, you want to make sure that your investment is paying off.

With Insight, the end-user can use the dashboards to monitor vehicle status, telemetry, and other performance metrics. Insight also allows the customer to easily switch between control modes, autonomous, manual, and remote control.

The Stockchaser has a standard dual tire front fork, which increases stability, especially in narrow aisles. With this versatile vehicle and the DriveMod suite from Cyngn, the future of autonomous industrial electric vehicles may be exciting.