How to Regulate Pressure in Fluid Systems

How to Regulate Pressure in Fluid Systems

Any fluid system involves the motion of a liquid or gas that is exerted as pressure onto the face of a cylinder or actuator device. The system must have the correct pressure — otherwise, the force would be too low, or could damage the load if too high. Regulating the pressure in a fluid system is the purpose of the appropriately-named pressure regulator.

Fluid systems rely on power in the form of pressure generated by the compression of a gas or a liquid’s motion. In either case, the pressure must be developed and then maintained at the proper level. If the pressure falls too low, the load mass may be too much for the system to move. On the other hand, if the pressure continues to climb, the load object may be moved too fast, or even destroyed. 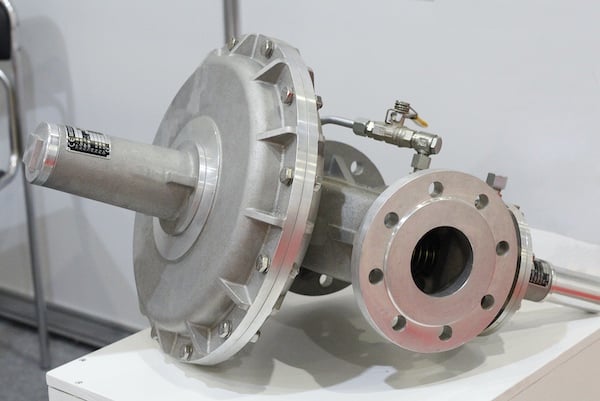 A pressure regulator is employed in nearly every fluid system to keep the pressure maintained. There is a slight difference between the input to a gas or hydraulic fluid system. Although the physics of liquids and gasses behave similarly, it is best not to let a compressor run continually, as opposed to a liquid pump, so the two systems have a slightly different construction.

In a gas (pneumatic) system, the compressor creates a high pressure inside a chamber - most likely higher than the system pressure. A ‘pressure switch’ will cause the compressor to turn on and off when the pressure falls below and above certain thresholds. Even though this does create a limited range of pressures, a pressure switch is NOT a pressure regulator.

In a liquid (hydraulic) system, the pressure is developed by continually applying a force to a non-compressible liquid. Therefore, the pump which produces the pressure must constantly be running. Hydraulic fluid cannot store energy in compression, but on the other hand, it can develop significantly higher pressure, so it is beneficial in heavy load systems.

The common construction of a mechanical regulator has two main parts.

The first part is an adjustable spring to create a specific force on the system. This is usually adjustable with a handle or screw element that can be set by the user. Slowly rotating the handle or screw will pre-load the spring to set the required force differently. The force of the spring divided by the valve size results in constant pressure, which is critical to the regulator’s function.

The second part is the valve assembly inside the regulator, a small valve which is usually a type of poppet or butterfly construction. When these valves open, the fluid moves around them. In the case of regulators, the internal valves are not controlled directly by the handle or screw, but rather the spring is an intermediate between the operator and the valve. 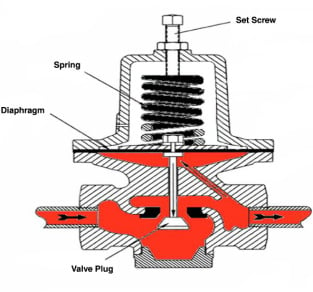 Figure 2. A view of the basic parts of a pressure regulator. Image courtesy of Lesman.

When the fluid is introduced into the regulator, it is at high pressure. The spring applies a constant force on the valve which holds it slightly open. The fluid flows through the valve and begins filling the valve’s outlet side, pushing it closed again.

As that valve begins to close, it will quickly reach an equilibrium point. If the outlet pressure increases, it causes the valve to close too much, causing the pressure on the outlet side to suddenly decrease again, and the valve opens again. In this way, the regulator relies on a form of introduced feedback from output to control.

If the spring is tightened, it will hold the internal valve open with a greater force. Therefore, the outlet pressure will need to be higher in order to close the valve and reach equilibrium. This means that in order to increase system pressure, the spring should be tightened. It should be loosened to decrease pressure.

Pressure regulators introduce a pressure drop into the system that can be defined as Inlet Pressure - Outlet Pressure. If a greater fluid volume is required suddenly, the pressure on the outlet side decreases for a moment, and the valve opens. This supplies more fluid, immediately causing the valve to return to equilibrium, except now with a greater flow rate.

In this sense, the pressure regulator is slightly different from an in-line flow control valve which is a simple needle valve opened to a particular percentage, restricting flow rate. If more fluid is demanded, it cannot be accomplished without somehow increasing the system pressure. So the regulator pressure and flow are controlled by the automatic feedback from the outlet, whereas the flow control valve is limited to only controlling the rate of fluid flow.

The spring controlled regulators are most common for simple shop equipment. The pressure can be set once and very rarely adjusted. But in some cases, the pressure needs to be dynamically controlled. For these applications, an analog pressure regulator can be used.

Most electrically controlled regulators are adjusted with push-buttons on the unit itself or with a 0-10V / 4-20mA control from an external system. For most simple systems, expect to see the spring-controlled, manually adjusted regulator being used.