Fuel cell simulation, modeling, and testing are vital to the expansion of fuel cell usage. But how can engineers specifically use LabVIEW for fuel cell hardware-in-the-loop (HIL) system simulation and testing? 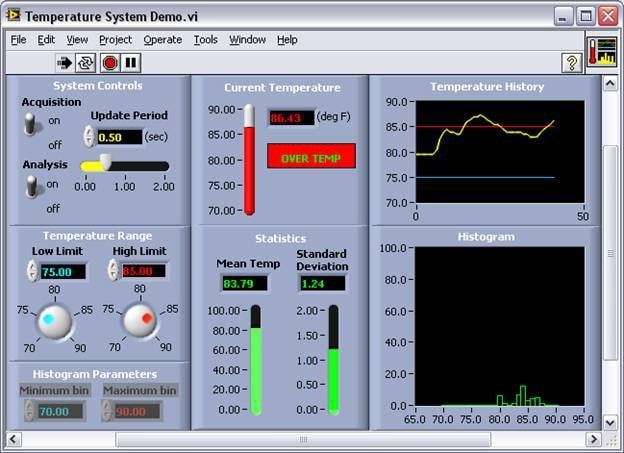 Figure 1. An example VI front end that shows some of the various controls and feedback tools available in Labview. Image used courtesy of NI

LabVIEW (Laboratory Virtual Instrument Engineering Workbench) is a graphical programming environment used to facilitate design, simulation, testing, control, and automation. Made by NI, a leader in instrumentation and automation, LabVIEW is widely used in academia, research, and industry.

While LabVIEW may often be associated with motor and motion control, its potential uses are many. There are numerous academic and corporate research papers detailing how LabVIEW is being used to model, simulate, and test fuel cells, such as the following:

In addition, there are commercial fuel cell simulation tools that make use of LabVIEW.

In LabVIEW, the programs are called VIs (virtual instruments), and the programming language is G. As alluded to earlier, LabVIEW is a graphical programming language and fully supports the creation of HMIs and GUIs (graphical user interfaces). Subroutines, or modules, are referred to as sub-VIs and enable LabVIEW programmers to take a highly modular approach to code development.

The front panel provides (1) controls that allow the user access to key parameters for the VI and (2) indicators to provide feedback to the user. LabVIEW developers have a wide variety of options to choose from when creating a front panel, including buttons, sliders, dials, knobs, text boxes, toggles, and more for input.

For indicators, developers can choose from arrays, plots, tables, meters, gauges, and “LED” indicators, just to list a few. These various inputs and indicators must be associated correctly with the parameters and outputs in the block diagram.

The image below shows a very simple front panel for determining the area of a triangle. The input parameters are height and base, while the indicator, which in this example serves as output, is area. Height and base can be adjusted, but area cannot be. 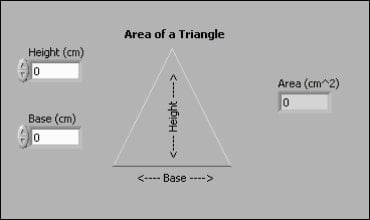 Nodes include items that are familiar to non-graphical programmers: functions, subprograms in the form of subVIs, and express VIs which are configured via a dialog box.

There are two nodes, both represented by a triangle with an x inside. Both nodes represent multiplication, and both require two inputs and generate one output. The indicator in this block diagram is area. The terminals are base, height, triangular multiplier, and area. The wires are the lines connecting everything together.

The most difficult aspect of VI development lies in the block diagram. While graphical programming is used, a solid knowledge of control theory and the equipment that the VI is interacting with is needed. In addition, excellent troubleshooting and debugging skills are required.

Fuel cell simulation VIs are far more complex than the simple example discussed above. When used with instrumentation, there will be controls and indicators on the front end tied to equipment through the block diagrams.

Engineers specifically on a development team will need solid knowledge of how fuel cells work and how the equipment that the VI is tied to operates. This also leads to a more complex front end that must not only be designed to support input and indicators but also configured for easy, intuitive use. 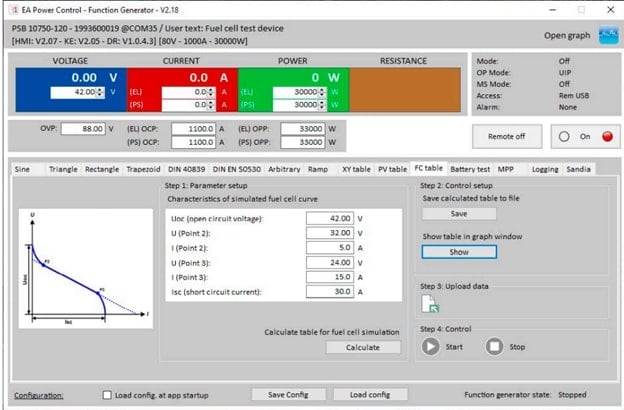 LabVIEW is a unique tool for fuel cell simulation when the VI is created by a knowledgeable team who understands how the instrumentation is used and how to create effective HMIs.