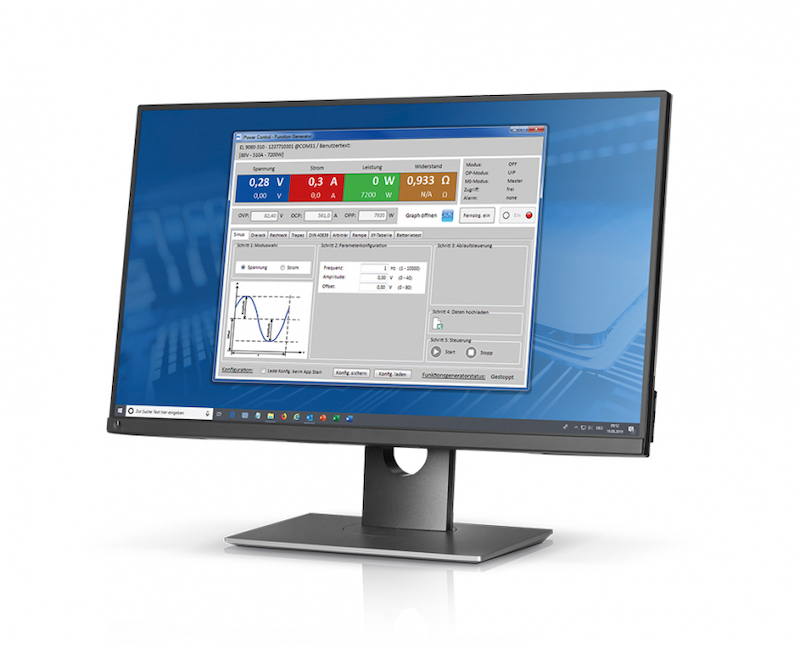 One particular approach to fuel cell HIL simulation taken by companies such as Elektro-Automatik and Regatron involves replacing either the fuel cell itself or the fuel cell load with bidirectional DC power supplies or regenerative DC loads to perform simulations for tasks such as fuel cell stack and system functional testing.

Most engineers are familiar with GUIs, also called graphical user interfaces, and interact with them daily. They have become a familiar sight on everything from laptops to self-checkout modules at stores. Pre-dating the concept of a GUI is the HMI, which stands for human-machine interface.

The purpose of a general HMI is to allow humans to safely and efficiently interact with a machine. HMIs range from electrical and mechanical devices such as physical switches, dial readouts, and lights, to full GUIs, but their purposes are all basically the same.

In an industrial setting, GUI-based HMIs are often used with the control systems that drive modern automation. However, that is not their only application. HMIs are also used with the fuel cell HIL simulation, and physical testing alluded to in the previous section.

In the context of the fuel cell simulations, HMI control aims to do the following:

HMIs can also make it easier to import and export critical data. Depending on what is being simulated, HMIs can allow users to define a target resistance for the programmable DC load to set the desired current to be drawn from the fuel cell stack. The resistance of the programmable load can then be configured to change over time or based on user interaction through an HMI to simulate varying load conditions.

The adjustment of the settings involved and monitoring of the simulation is made much easier by using an HMI such as the one shown below. Note the combination of buttons, dials, and text boxes that make the interface intuitive to use. 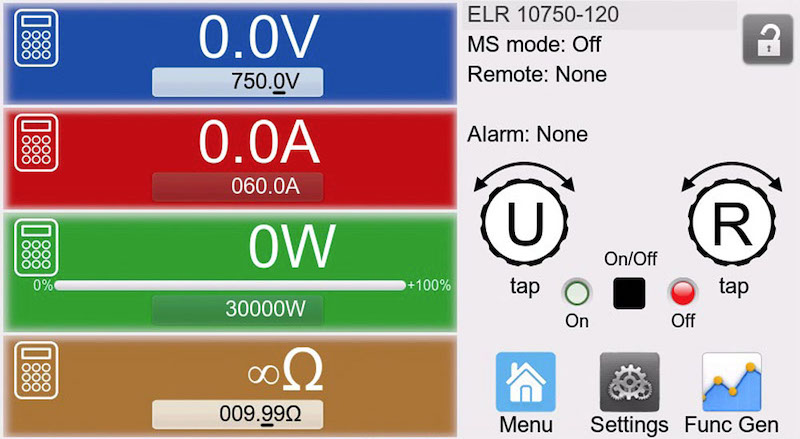 Drawing further from this particular HIL simulation package, we can see that once an appropriate resistive load has been selected, the HMI can control (start and stop) and observe the fuel cell behavior based on a defined fuel cell curve. Control of the power supply and load occurs through the interface with start and stop buttons whose purpose can be determined at a glance (green right-pointing arrowhead for go, square for stop). 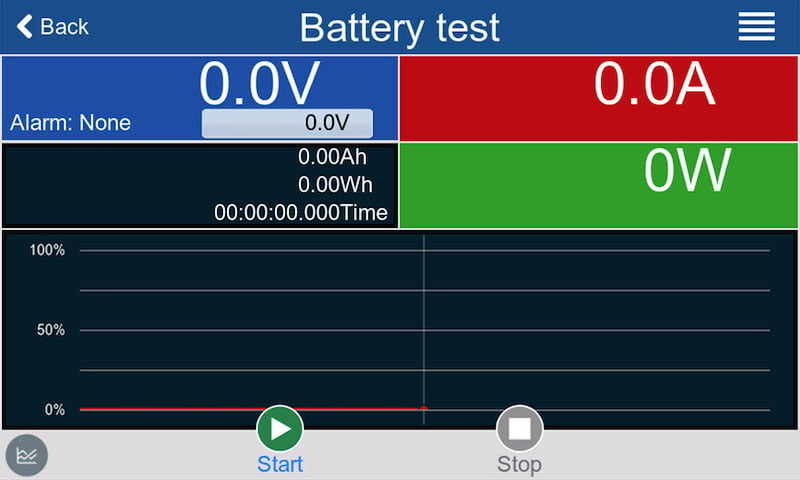 Another more extensive HIL simulation control HMI is shown in the next figure. All the necessary parameters can be set and the output viewed through this one interface. Additional performance can be visualized through graphs with a click of the open graph button seen at the far left, top corner. Input parameters, such as those for defining the fuel cell graph, can easily be verified using both numbers and a plot of the chart. 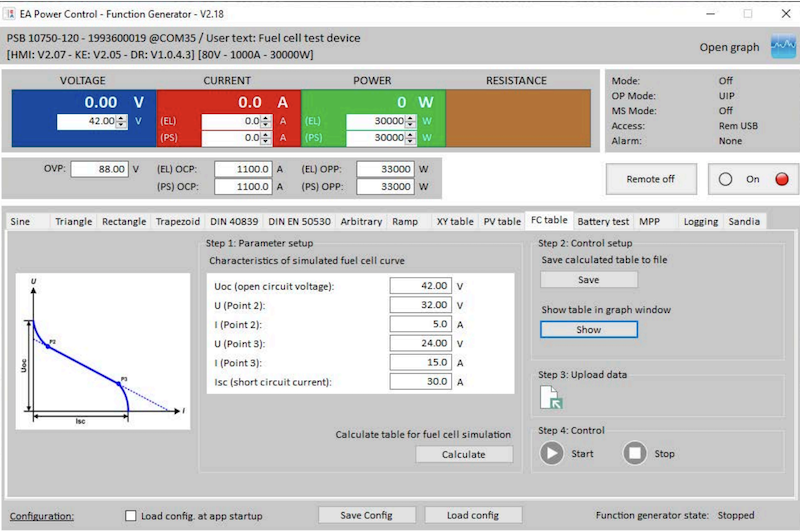 Below is a similar HMI from a similar simulation package that also supports verification of input parameters and control of the HIL simulation from one HMI control screen. Note that the top row makes use of output resembling a traditional red-on-black LED readout. 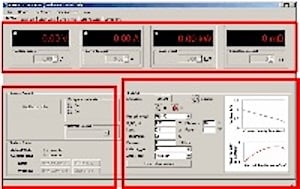 Benefits and Challenges of HMI Control

In general, HMI control has several benefits in various control applications including the following:

In addition, there are other benefits more specific to the context of fuel cell HIL simulation:

There are challenges to HMI control for simulations as well. For example, HMI standards developed and updated by the International Society of Automation (ISA) may eventually include simulations such as those discussed.

This may involve the need for updated software. While maintenance is more often associated with mechanical/electrical HMIs, they are also important when simulation software is involved. Software and firmware updates are necessary for system performance, reliability, and security.

The main challenges related to HMI control for fuel cell simulations lie with the simulation developer. There is still an abundance of programming involved that lies behind the intuitive HMI. It is no small task to integrate hardware with a control system for HIL simulation, much less program the simulation framework.

Engineers can use different tools such as Simulink or LabVIEW, and while they may simplify some aspects of simulation, they still require in-depth knowledge to use these tools properly. The design of the GUI for the HMI requires its own set of skills to ensure it is intuitive, easy to use, and easy to interpret.

The use of bidirectional DC power supplies and regenerative DC loads to perform reliable, accurate fuel cell HIL simulations requires HMI control to be efficient and effective. When HMI controls are used wisely, they offer several benefits over non-HMI approaches and can significantly reduce the time involved in the simulation and testing of fuel cells.