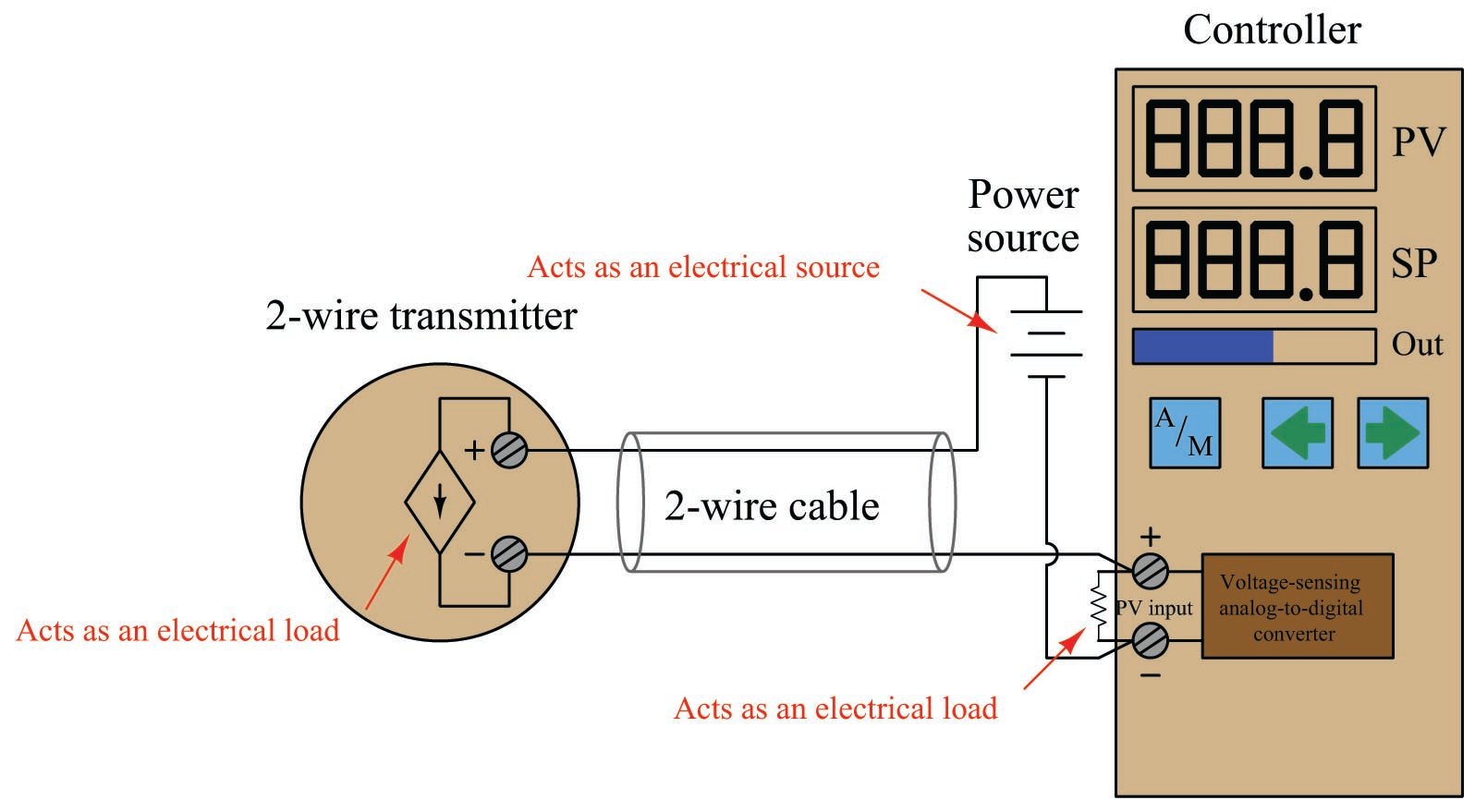 Internally, the electronic hardware of a 2-wire transmitter circuitry resembles the following (simplified) diagram. Note that everything shown within the shaded rectangle is represented by the “2-wire transmitter” circle in the previous diagram: 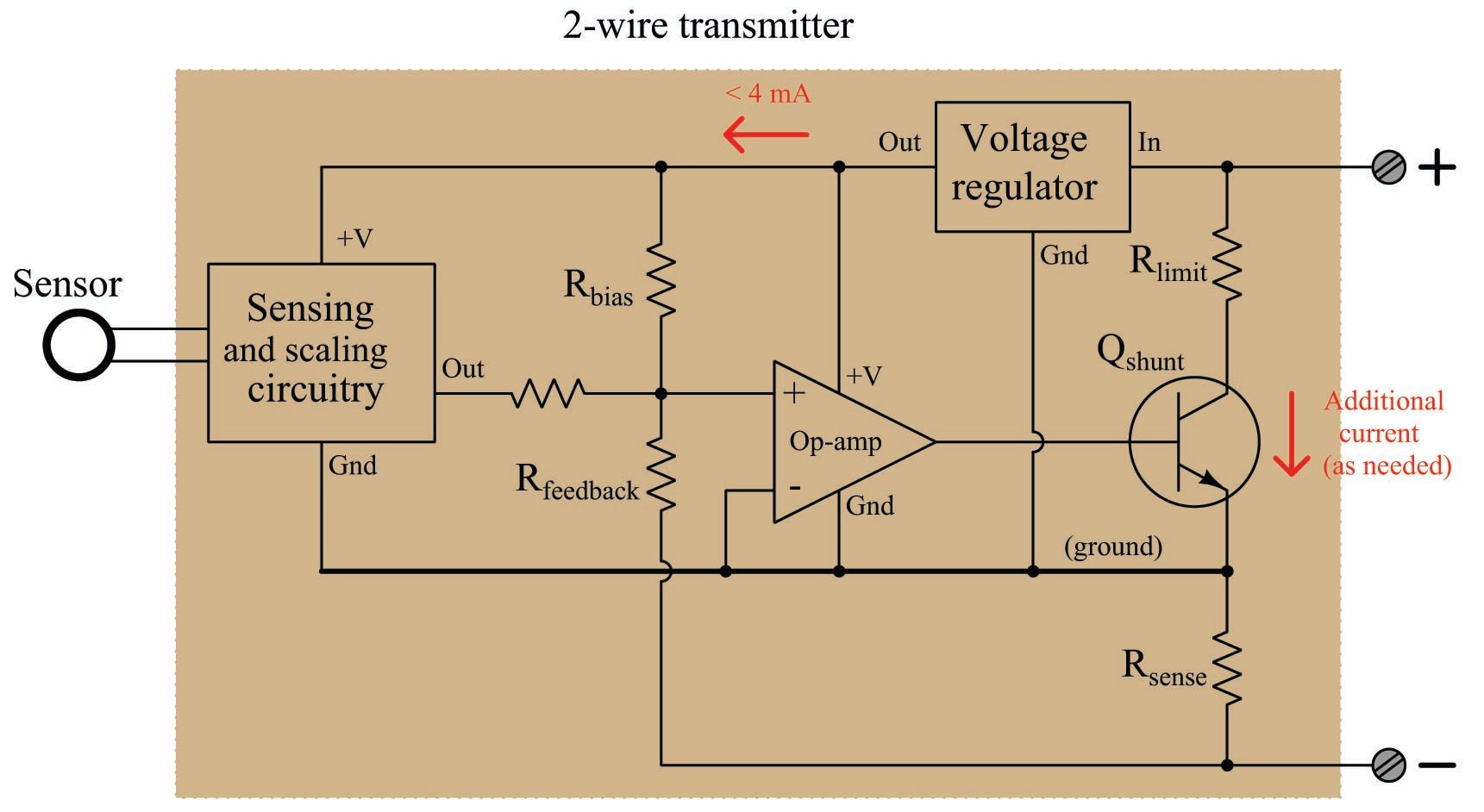 All sensing, scaling, and output conditioning circuitry inside the transmitter must be designed to operate on less than 4 mA of DC current, and at a modest terminal voltage. In order to create loop currents exceeding 4 mA – as the transmitter must do in order to span the entire 4 to 20 milliamp signal range – the transmitter circuitry uses a transistor to shunt (bypass) extra current from one terminal to the other as needed to make the total current indicative of the process measurement. For example, if the transmitter’s internal operating current is only 3.8 mA, and it must regulate loop current at a value of 16 mA to represent a condition of 75% process measurement, the shunt transistor will be driven by the opamp to bypass exactly 12.2 mA of current (because 3.8 mA + 12.2 mA = 16.0 mA).

The very low amount of electrical power available at a 2-wire transmitter’s terminals limits its functionality. If the transmitter requires more electrical power than can be delivered with 4 milliamps and 19 volts (minimum each), the only solution is to go with a 4-wire transmitter where the power conductors are separate from the signal conductors. An example of a process transmitter that must be 4-wire is a chemical analyzer such as a chromatograph, requiring enough power to operate an electrical heater, solenoid valves, and an on-board computer to process the sensor data. There is simply no way to operate a machine as complex and power-hungry as a 2010-era chromatograph on 4 milliamps and 19 volts!

Early current-based industrial transmitters were not capable of operating on such low levels of electrical power, and so used a different current signal standard: 10 to 50 milliamps DC. Loop power supplies for these transmitters ranged upwards of 90 volts to provide enough power for the transmitter. Safety concerns made the 10-50 mA standard unsuitable for some industrial installations, and modern microelectronic circuitry with its reduced power consumption made the 4-20 mA standard practical for nearly all types of process transmitters.