3M and Nordson have released an on-demand automated bonding system that combines a state-of-the-art adhesive from 3M and the robotics and handling equipment developed by Nordson. In this package, 3M’s UHB Extrudable Tape is applied using the Nordson ProBond System and is expected to drastically increase throughput and reduce the mess associated with gluing operations. 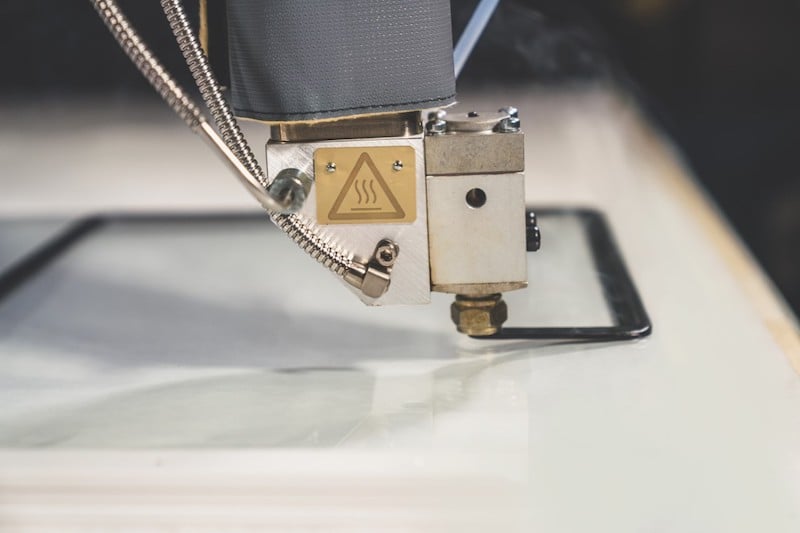 Perhaps when you think of glue, you don’t instantly think of manufacturing processes. If you are of the pre-smartphone era, you may think back to putting glue on your hands, watching it dry, and peeling it off as a way to pass the time in school. However, many assembly and manufacturing processes rely on adhesives whose chemistry has been carefully crafted and its application designed to meet specific needs.

Adhesives are a viable alternative to fasteners and welds. They require less skilled manual labor to assemble and can be initially applied more quickly—though the time and environment for curing the adhesives must be controlled. For permanent installation, or preventing the end user from accessing non-serviceable parts, adhesives have a clear advantage.

The chemistry of the adhesives depends on the end use of the product. Often, they contain the base material, plus a crosslinker (or hardener) for curing at a minimum. They may also contain deflocculants for dispersing the particles, foaming or antifoaming agents (think caulk), colorants, solvents for improving bonding, and viscosity-altering additives. 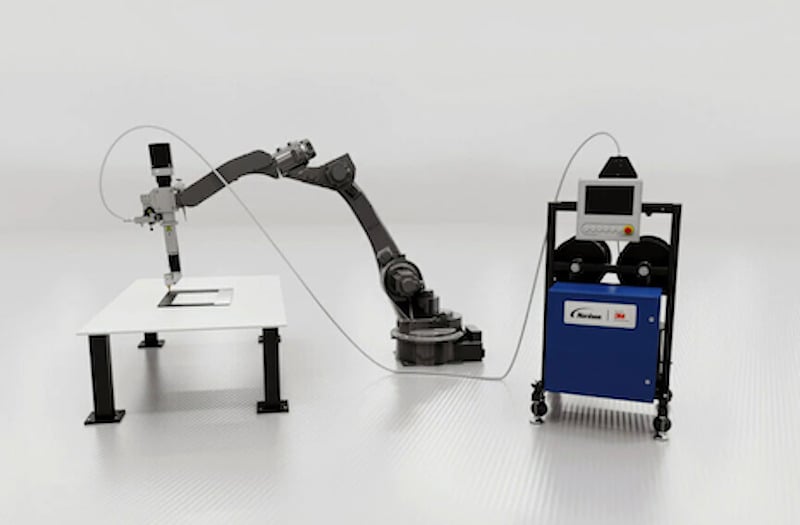 For all of the advantages of adhesives, they can be messy to apply and often wreak havoc on automation lines. The nature of the adhesive means it sticks…to everything. Nozzles clog, splashes, drips, and misalignments lead to a gooey mess that can damage goods and cause additional wear on machinery.

For example, consider an assembly line where glue is dispensed onto particle board to place the trim on office furniture. Over time, the glue nozzles begin to harden, altering the flow rates. Furthermore, hardened bits can fall off the nozzle and onto the particle board, causing defects on the finished surface. Any overspray may also reach the conveyor, sticking workpieces to it, or hardening on the belt and rollers, increasing vibration and wear on the drive motor.

The 3M On Demand Bonding System

The system developed by 3M and Nordson is different. Instead of controlling the flow of liquid, it uses an extrudable tape. The tape is stored on a reel and applied as needed on the surface of the workpiece. By using a reel of tape, there is no messy overspray, no drips, and no containers or liners required to hold different chemical components. The tape require no special handling or storage and is non-hazardous. 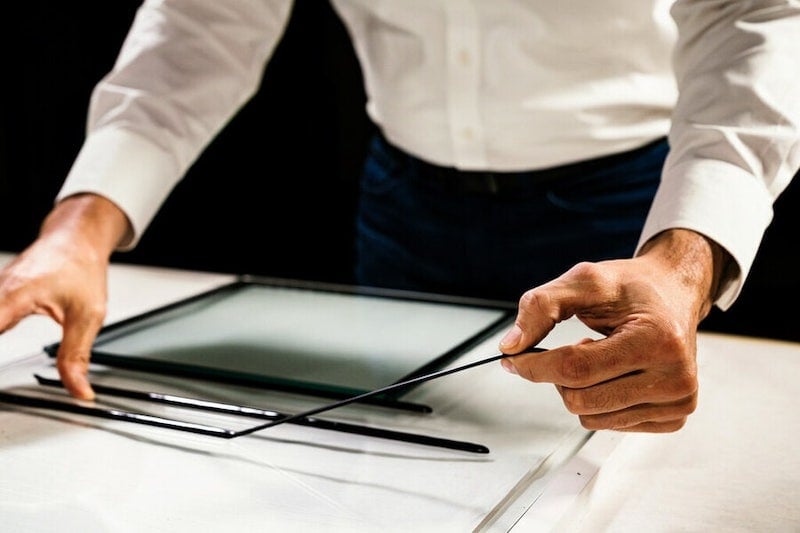 The tapes contain all of the chemicals required for the adhesion, but unlike an office tape dispenser, there is more to this system. The tapes are fed into the Nordson ProBond system where the tape is melted and extruded in very small, tightly controlled quantities. The heating and melting changes the chemistry, meaning the adhesion of the melted substance is greater than that of the tape by itself. Once the adhesive cools, it has bonded the parts, no curing time required.

The 3M On Demand Bonding System combines tailored adhesive science with robotics and tight controls to reduce the waste and the cleanup downtime that is associated with adhesive operations. Instead of waiting for epoxies to cure, this system will drastically increase throughput of many consumer goods.