Check out technologies showcased at the Consumer Electronics Show 2023 to see how automation and robotics in agriculture are helping humanity economize on resources and safeguard the environment.

In this article, we will explore some technology highlights emerging from the agricultural tech space, showcased at the Consumer Electronics Show (CES) this past month. 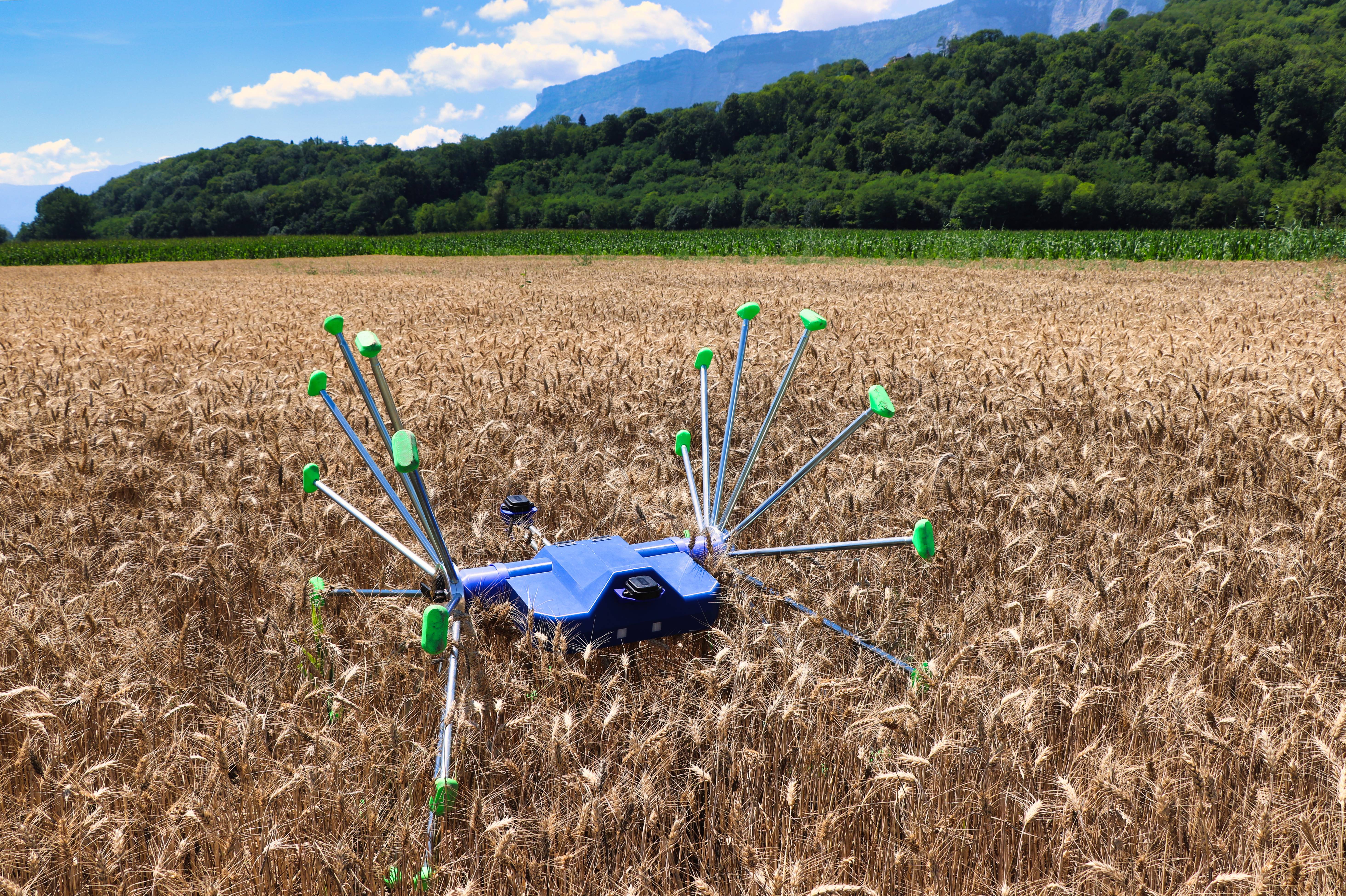 Companies like John Deere and Meropy are changing the face of farming with automation and robotics. Image used courtesy of Meropy

CES hosts policymakers, business leaders and innovators, and government officials looking to gain inspiration from the latest technologies, share knowledge, and forge new partnerships. More than 3,200 exhibitors attended the show in Las Vegas between January 5-8, 2023, up by 1,000 from last year. Since 2022, the CES 2023 bore a 70 percent larger footprint with an exhibition space covering 2.2 million net square feet (NSF).

Technologies from mobile hardware and accessories, energy/power, 5G technologies, robotics, IoT/sensors, AI, to cybersecurity are exhibited at the annual show. Automation and robotic technologies in agriculture also made an appearance.

According to a report from the U.S. Department of Agriculture, the purchase of fertilizer accounts for around one-fifth of farm cash costs in the U.S.—fertilizers used for wheat and corn production contribute to 35 and 36 percent of operational costs, respectively. While fertilizer prices loom large at near-record levels, the war in Ukraine is putting a strain on an already limited supply.

Minimizing fertilizer use and reducing fertilizer imports by ensuring sensitive and careful applications to crops could be one way of keeping purchase costs low. John Deere aims to do just that.

Once a traditional maker of agricultural tools and machinery, John Deere has evolved its business, injecting artificial intelligence (AI) and sensor technology into a new generation of automated machinery. Among the thousands of exhibitors at the CES 2023 show, John Deere revealed its latest technologies in the form of the robotics and sensor-driven fertilizer system, ExactShot. 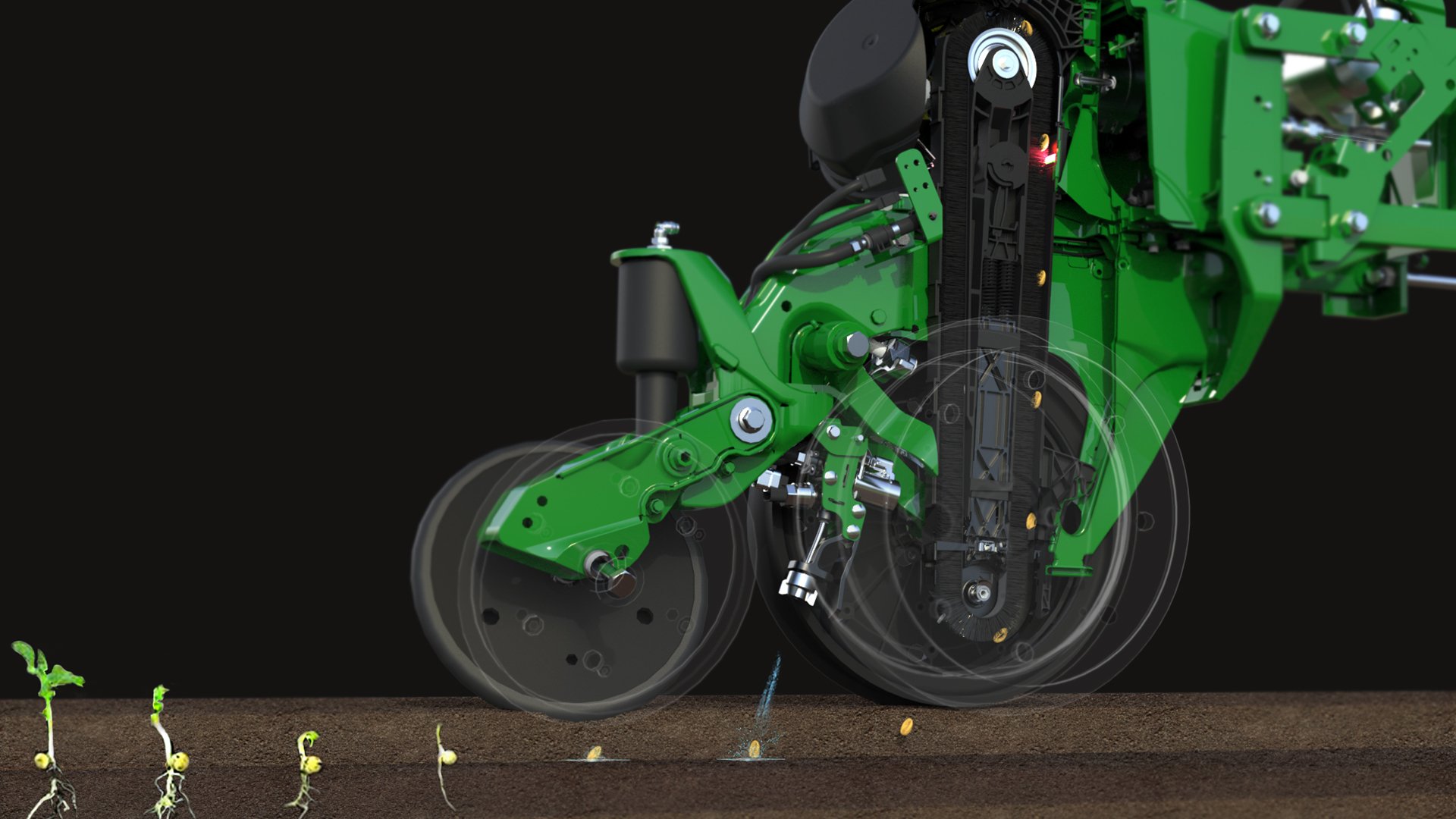 ExactShot uses a sensor to detect the placement of individual seeds into the soil. Following this, a robot sprays a specific amount of fertilizer onto the seed, about 0.2 ML. According to John Deere, the new system could save more than 93 million gallons of starter fertilizer each year for planting U.S. corn crops. Applying a small proportion, rather than a carpet of fertilizer can also help prevent the growth of nearby weeds and unwanted runoff into waterways.

Fertilizer is just one way farms keep soil healthy and producing. Keeping natural threats like weeds and diseases at bay, as well as limiting the use of harsh chemicals often found in pesticides is also essential.

Using autonomous navigation and sensors, French startup Meropy's scouting robot, SentiV, analyzes crops to check the health and needs of soil and ensure plots are free of "weeds, diseases, and pests." The innovation that made an appearance at CES 2023 looks like something you might find on an alien planet, however, it is designed to be lightweight and modular.

Meropy’s SentiV robot scans for "weeds, diseases, and pests" on the bottoms or tops of crops. Video used courtesy of Meropy

The bot moves around autonomously on podium-like feet projecting out circularly. The feet are designed to reduce the surface area of the tread so as not to damage crops as SentiV scans crop fields.

Johns Deere’s new range of sprayer tractors, also showcased at CES, may be a heavyweight in comparison to Meropy’s SentiV, but they do the same job of detecting weeds, using cameras and fast processors.

The PowrSpray solution system for John Deere’s R900i Series trailed sprayers can be purchased with optional tank sizes of 4400, 5200, and 6200 liters. The tractors only spray what is needed to save on chemicals.

As well as being able to identify weeds, John Deere’s customers can collect data from sensors in real-time concerning engine performance, location, and the progress of seed trials. This real-time monitoring capability is available through the company’s Operations Center, accessible on smartphones or computers.

The latest technologies on display at CES aim to advance agriculture to new heights, keeping an old practice providing in a new age.