Audi AG (Audi) is a subsidiary of the German multinational automotive manufacturer Volkswagen AG. Audi designs and manufactures luxury automotive vehicles for customers worldwide. The company’s motto is “Vorsprung durch Technik,” which roughly translates to “Being Ahead through Technology.” This slogan serves as the life force of Audi as a global company, and true to form, it is leading the way in transforming traditional assembly line-based production with modular production assembly and virtual reality technologies. 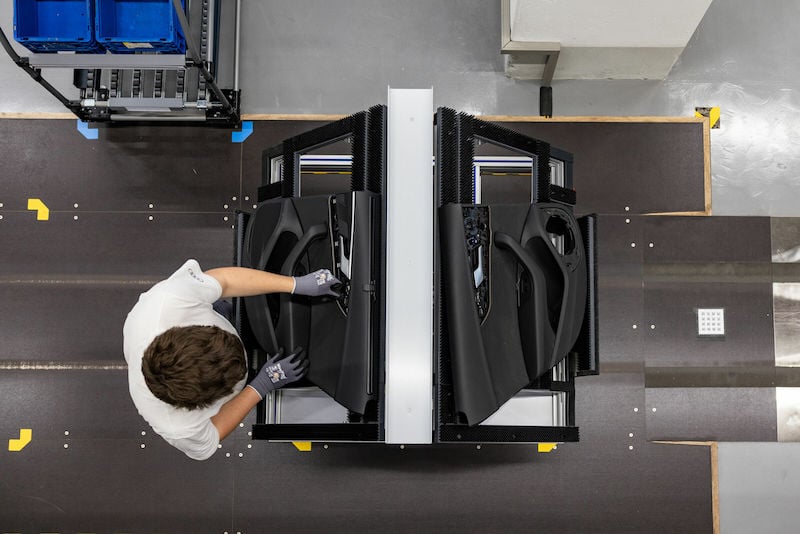 Traditional assembly line production typically involves a long conveyor belt and a line of employees that work on particular parts of say, a car, at each workstation along the conveyor. A multitude of assembly lines can be in place with one parallel to the another. In this way, a large number of the same type of car is produced simultaneously.

While traditional assembly line production caters to bulk manufacturing, they can be expensive to set up. Additionally, if demand for a given product is not high, a built-up product inventory spells significant revenue loss for a company. The uniformity of an assembly line can also mean that changing an aspect of the design of a product, or in this case, a vehicle, is not very flexible and difficult to implement. 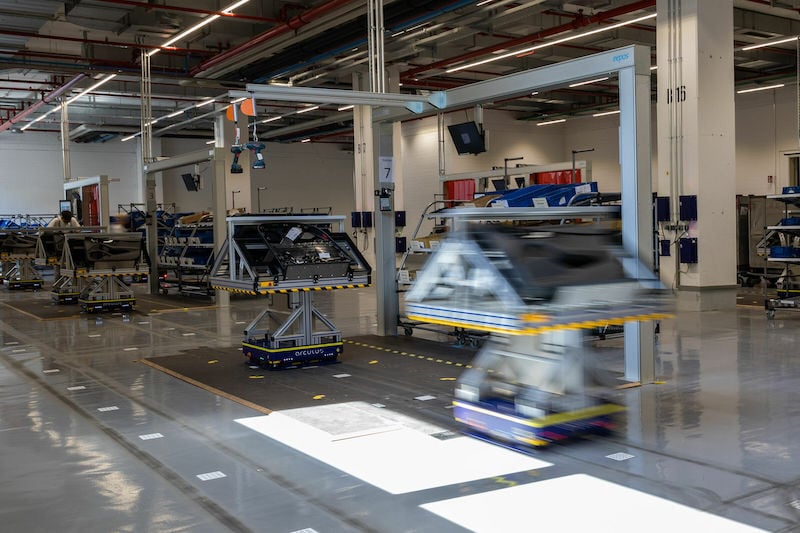 In Audi’s modular assembly system, the traditional linear, uniform assembly line is broken up into a grid of modular workstations. Automated guided vehicles (AGVs) bring vehicle parts, like doors or hoods, to a particular workstation to be assembled. Different products or vehicles may be more customized than others and will need different assembly requirements.

A modular system allows more flexibility than a traditional system because modular workstations can either be removed or added. Additionally, production time is not lost in a modular set up as with a traditional set up, as the product or vehicle does not need to pass through a particular workstation that is not needed for its assembly.

One worker (instead of three) can work on installing a sunblind at one modular station, while other stations can be freed up to complete another aspect of a product or vehicle assembly. With the flexibility that modular assembly affords, Audi can employ individuals with physical difficulties that would otherwise have been challenged when working on a traditional assembly line.

In Audi’s news release from last month, the Project Manager of Modular Production at Audi’s Production Lab, Dr. Ing. Wolfgang Kern, commented, “By reducing production time through an orientation toward value creation and self-steering, we can increase productivity by about 20 %.”

Looking ahead, Kern and his dedicated team aim to merge modular assembly into pre-assembly at a larger scale. 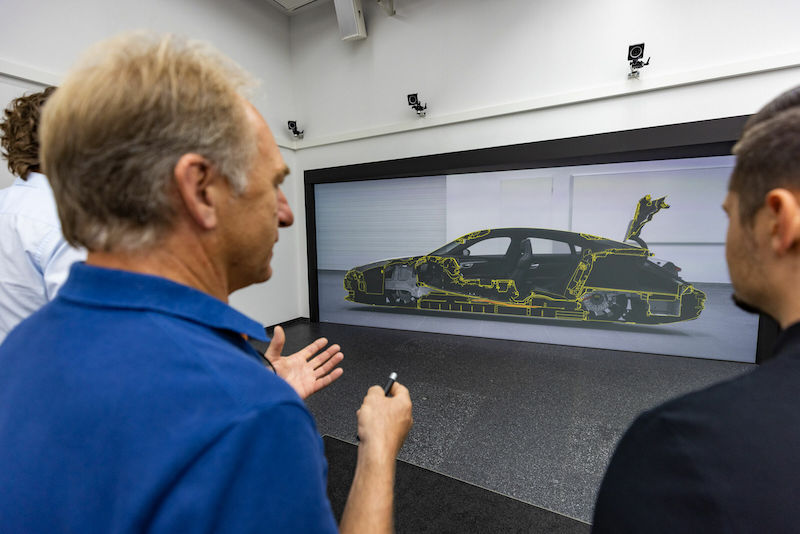 The use of VR in manufacturing allows production teams to get involved with design and development anytime, anywhere, and at no extra cost from production facilities. Image used courtesy of Audi

In addition to reinvigorating its production system, Audi is pioneering the use of virtual reality technology to design and build its vehicles.

One element of Audi’s approach involves the use of a large screen (powerwall) and a visualization cluster (which is a computer cluster with 26,000 central processing units, CPUs). This set up allows for a realistic representation of vehicles with respect to shadow, light, and reflection calculations. Audi also uses head-mounted displays to observe virtual models from the customer’s perspective and these models can be created around the globe. Audi’s virtual reality system allows for tolerance management which helps the company build models to spec with the utmost attention and detail.

Before production, the effects of a model's assembly tolerances and components can be assessed through 3D simulations. This allows production teams to get involved with design and development anytime, anywhere, and at no extra cost from production facilities.