Data-driven performance has been on the tip of manufacturers' minds. Take a look at how Automation Anywhere is expanding its process automation. 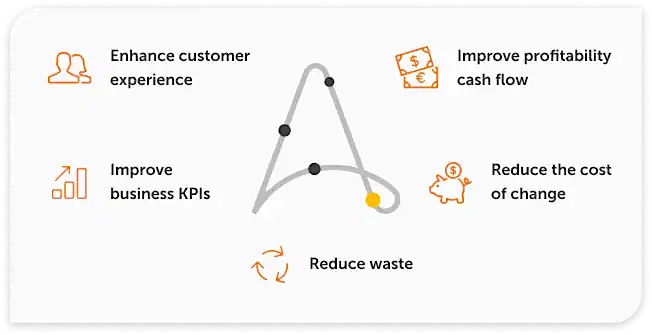 Automation Anywhere operates with the intent of freeing up human expertise from mundane tasks to allow workers to focus on developing the next technology, working more closely with customers, or creating the next breakthrough in automation.

The system works by looking into every aspect of process data, shedding light on every aspect of the data. FortressIQ calls it “process intelligence,” which has helped empower companies, allowing them to realize the benefits that automation can bring to their processes.

Automation Anywhere has recently decided to acquire FortressIQ to help expand its presence in the process discovery and mining industries. RPA has been in high demand since the pandemic has shifted the industry.

Large companies with thousands of employees, locations, and processes can benefit from a system that analyzes data to identify, map, and analyze multidimensional processes.

Automation Anywhere hopes that the addition of FortressIQ will lead to an advancement in its AI-powered, cloud-native Automation 360 platform with process discovery. Intelligence and optimization are at the forefront of partnership, making it scalable for most applications.

It also offers customers the ability to quickly and easily identify which processes can be automated and prioritize which need to be automated the most.

In a news release, IDC claims, “organizations are focusing on improving cycle times and overall operating performance to ensure that inefficiency does not get in the way of successful transformation.” Tools such as those from Automation Anywhere and FortressIQ, aiming to provide insights into automating processes, will help speed up those cycle times and operations.

Using automation to free up mundane manual tasks allows companies to use their resources more wisely. Some leading companies have used tens of thousands of robots in the cloud to increase performance and efficiency. Automation Anywhere has implemented nearly three million automations. Acquiring FortressIQ will continue pushing Automation Anywhere into new industries.