According to Boston Dynamics and OTTO Motors, the new collaboration will utilize the companies’ joint technologies to ultimately provide the industry with more flexible warehouse automation solutions.

Mobile robots have become increasingly popular in the last several years. Companies such as Omron are showcasing these robots as they continue to advance the automation industry.

The news of the new partnership comes at a time of expansion for Boston Dynamics.

The company also started selling a version of the Pick software available for integration in robotic work cells deployed in industrial sites.

OTTO Motors is a specialist in the development of AMRs. The company was created in 2016 as a spin-off of Clearpath Robotics, and counts customers such as General Electric, John Deere and Toyota.

OTTO Motors’ best-known AMR is the OTTO 1500, which with a maximum payload of 1500 kg has proven able to complete mission-critical deliveries in a variety of industrial environments.

With Boston Dynamics’ Handle Robot completing a proof of concept trials with customers in their warehouses last year, the company is now able to collaborate with OTTO Motors to further automate the logistics space.

In particular, Boston Dynamics and OTTO Motors have built a heterogeneous fleet of robots including machines from both companies building distribution center orders to provide a more flexible warehouse automation solution. 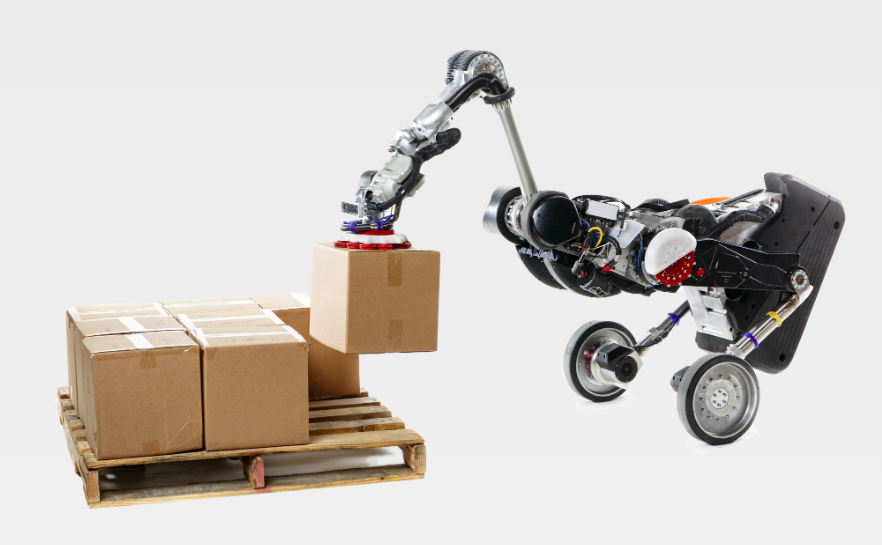 The project ultimately aims to demonstrate the benefits of a collaboration between robotics companies in the industrial environment.

Broadly speaking, flexible automation refers to robots’ ability to be easily and quickly re-tasked to change product design in both low and high mix manufacturing.

On the other hand, flexible automation cells can improve efficiency by evolving with a company’s process and demand, thus reducing and fixing production costs, improving quality, and eliminating health and safety issues.

With the constant growth of this industry comes the development of new automation software designed to optimize the industrial production process.

Looking at this flourishing market, the new partnership between Boston Dynamics and OTTO certainly seems promising.

The companies will be demoing their products at MODEX, a trade show for supply chain, manufacturing, and distribution automation, happening this week in Atlanta, Georgia.