This week, EVT released a new EyeScan 3D sensor. Let's take this opportunity to take a look at the role of 3D sensors in the industrial space.

What Are 3D Sensors? (And Who Needs Them?)

3D sensors are devices which utilize optical measurement to gather data about an object or environment. Some 3D sensors, such as the time-of-flight (ToF) 3D camera, gather info by measuring how long it takes emitted light to reflect back to the sensor. Others, such as stereoscopic 3D sensors, gather info by obtaining imagendata from different angles and comparing them to one another.

These sensors are everywhere from mobile devices (e.g., for facial recognition) to automotive applications (e.g., object detection). One of the most common industrial uses for such sensors is the inspection of products for quality. This is relevant for engineers responsible for overseeing the consistent, quality production of automotive parts, food and beverages, and electronic components. Sensors like these are helpful for identifying flaws in products and inspecting sealants and weld seams, etc. for issues. 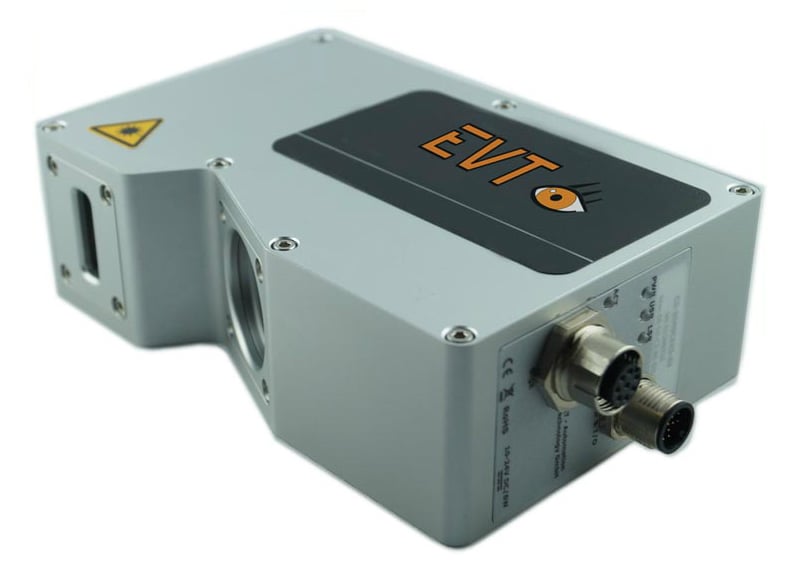 Additionally, 3D sensors can be used for tracking products through a facility via barcode/label scan at various portions of the manufacturing process. One of the ways of accomplishing this is via optical character recognition, which is what EVT's latest 3D sensor is designed to accomplish.

The EyeScan AT 3D Sensor

In the case of EVT's newest sensor, the device is designed to scan bar codes and labels via character recognition. In particular, (according to EVT's documentation) those printed on or embossed into metal or reflective surfaces.

One of the key features EVT points out is that the laser utilizes blue laser technology as opposed to red due to its shorter wavelength, which they claim results in 50% less noise because of the images' sharper depth. The resultant shorter exposure time that their system utilizes, combined with the use of an FPGA for pre-processing, allows for faster scanning. 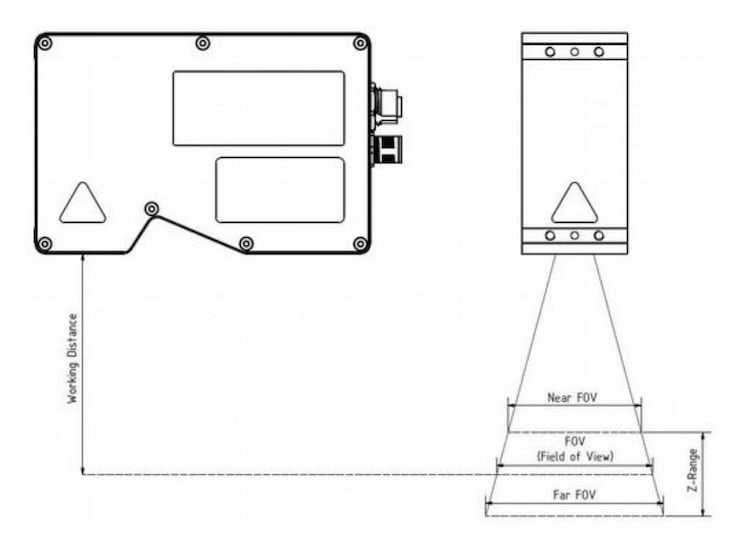 3D sensors in industrial facilities are hardly new additions to the IIoT environment. The use of barcodes in tracking products throughout a facility is also hardly new, but how can one implement a sensor like this? 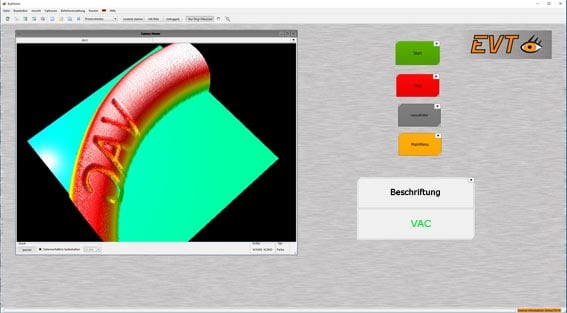 A screenshot of the EVT's EyeVision 3D software. Image used courtesy of EVT

The following tools are available for the AT 3D sensors between 2 kHz and 120 kHz and ST 3D sensor up to 2 kHz.

EVT claims that there is no uptraining issue to consider as the software is "self-explanatory" and does not require programming to use.

Have you been tasked with designing a character recognition system? Were you expected to choose the sensors you utilized? Share your experiences in the comments below.