Since 1925, Festo has facilitated the evolution of industrial automation through the manufacture and provision of electromechanical and pneumatic systems. The company—founded by Gottlieb Stoll in Esslingen, Germany—made its start by manufacturing specialized woodworking machinery. To celebrate their 50 years stateside, Festo held a Gala in Cincinnati with over 100 guests whereupon they announced the expansion of their 47-acre campus in Mason, Ohio. 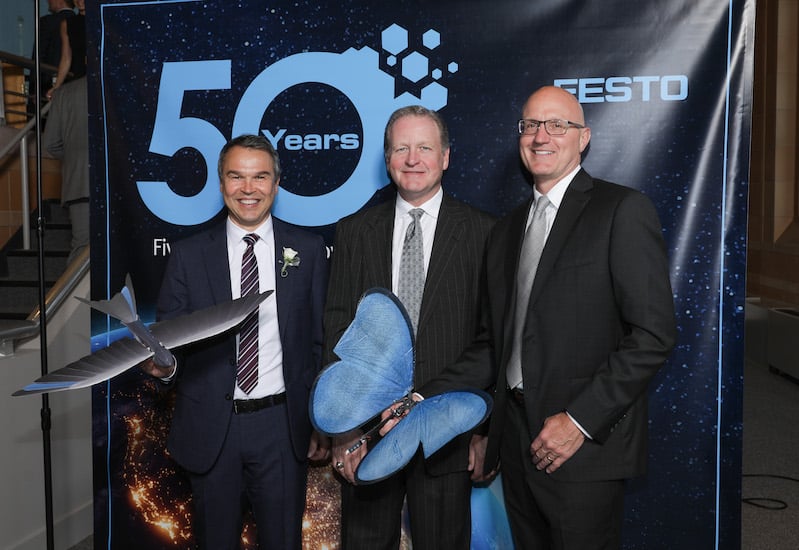 From left to right: the Management Board Member of Festo, Frank Notz; President of Ralph W. Earl, Bill Gerbig; and the Director of Festo North America Channel Management, Mark Snyder. In their hands are the Bionic Butterfly and Swift, Festo's life-like bionic robot models. Image used courtesy of Festo

The Mason campus covers 565,000 square feet and houses Festo’s logistics and warehouse center. The facility can take in, house, store, and distribute a staggering number of Festo products, and a substantial number of 10,000 products can be picked error-free from one day to the next. According to Festo, the storage capacity of the complex is a whopping 35 miles long, and the automation equipment is in use to manage inventories with turbo-charged efficiency.

The Mason campus is already home to Festo’s North America production center, which handles the assembly and customization of products (such as robotic surgical arms, automated pipettes or laboratory devices, gantry robots, and more).

Another area of the Mason campus is dedicated to Festo’s newly expanded Technology Engineering Center (TEC), of which, works are planned for completion by November this year. The first TEC facility and predecessor of Festo’s newly expanded facility is situated in Billerica, Massachusetts and was opened in 2018. Both facilities promote research and development (R&D)—and what comes with an R&D environment is collaboration.

As part of the company’s expansion plans, the mason site near Cincinnati will be made home to Festo’s new Global Production Center (GPC). The center is planned to begin production by the end of this year. While the company holds twelve sites like this, the center will be one of the first in North America.

Festo’s new Mason-based GPC will specialize in flexible automation to provide its customers with optimized and tailored solutions that keep abreast of the competition. This expansion is intended to further the company’s growth into new markets and strengthen its position in the U.S. 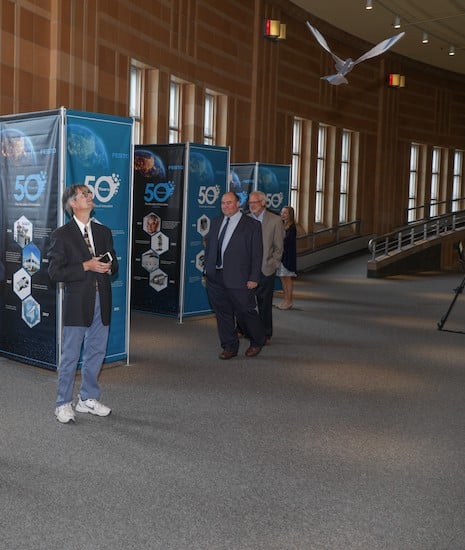 One such solution had its genesis with the Billerica TEC and involved the automation of COVID vaccine production and rapid testing for viral infection. The impact of the coronavirus pandemic has driven the need for supply chain resiliency.

Festo believes that developing automation capabilities in the U.S. and training automation staff in manufacturing facilities will allow for sustained business growth. To this end, Festo U.S. endeavors to use its arsenal of products, solutions, and services to support its customers.