We usually associate DHL with terrestrial logistics, but their recent work with D-Orbit indicates a new move into space logistics.

DHL is a leading logistics company. They handle everything from letters to freight, and now to satellites, by leveraging the latest technology. Their recent partnership with D-Orbit, which specializes in cutting edge space logistics and transportation, represents a shift that may benefit satellite operators.

D-Orbit’s ION Satellite Carrier is a specially engineered cargo vehicle for the transportation and commissioning of microsatellites. This cargo vehicle allows them to be transported to their earthly destination and into orbit, where they are released into a highly precise orbital slot.

A key aspect of achieving these benefits is D-Orbit’s work with DHL to handle to terrestrial part of a satellite’s transportation. This is especially key as more and more satellites are being launched, which has led to DHL’s new expansion into space logistics. 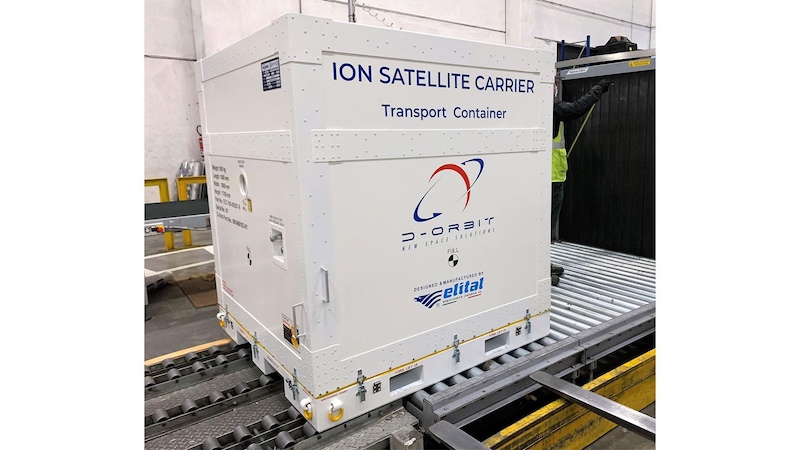 The ION Satellite Carrier developed by D-Orbit needed logistics expert DHL to achieve part of its journey into space. Image courtesy of DHL.

While D-Orbit has created the cargo vehicle to support the satellite’s journey all the way into orbit, they needed the knowledge and experience of DHL for part of the key logistics.

It is one thing to design a low- or medium-earth-orbit satellite, and another task entirely to safely transport that satellite to a launch facility. DHL handled the forwarding and logistics of a satellite in D-Orbit’s ION Satellite Carrier from the Milan Malpensa airport in Italy to a stopover in Luxembourg, Belgium finally to Miami, Florida. 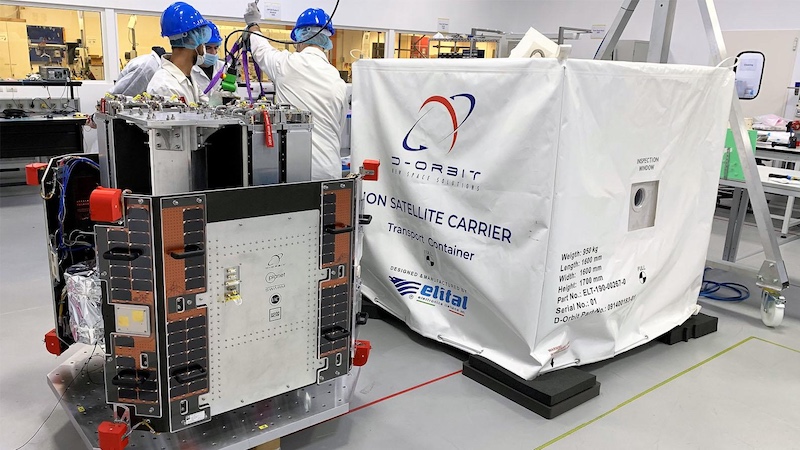 D-Orbit’s specially engineered satellite carrier can get satellites safely to their destination in space with the assistance of DHL for part of the earthbound journey. Image courtesy of DHL.

Once in Miami, the carrier will travel to Cape Canaveral via road freight. Working together, D-Orbit and DHL brought the satellite carrier and the equipment and instrumentation needed to ensure its integrity and safety before launch to its final terrestrial destination, where it is due to launch in January 2021.

DHL worked with its Customer Solutions & Innovation (CSI) center to help make this satellite's logistics and transportation a reality.

The innovation center regularly brings together customers, logistics experts, industry partners, and institutions of both academics and research to effectively address the challenges faced by their customers, including those that involve galactic forwarding.

DHL believes that space logistics is an upcoming logistics trend that deserves attention, with satellites being the current focus. D-Orbit is also planning to extend its satellite deployment services to eventually include in-orbit servicing of satellites that include refueling, repairs, and moving satellites from one orbit to another. It will be interesting to see how space logistics evolves over the next several years.