Vehicle part recycling locates and reads part numbers to know which vehicles a replacement part may fit - but wear and tear, grease, and corrosion can make them hard to truly identify, even to an experienced eye. 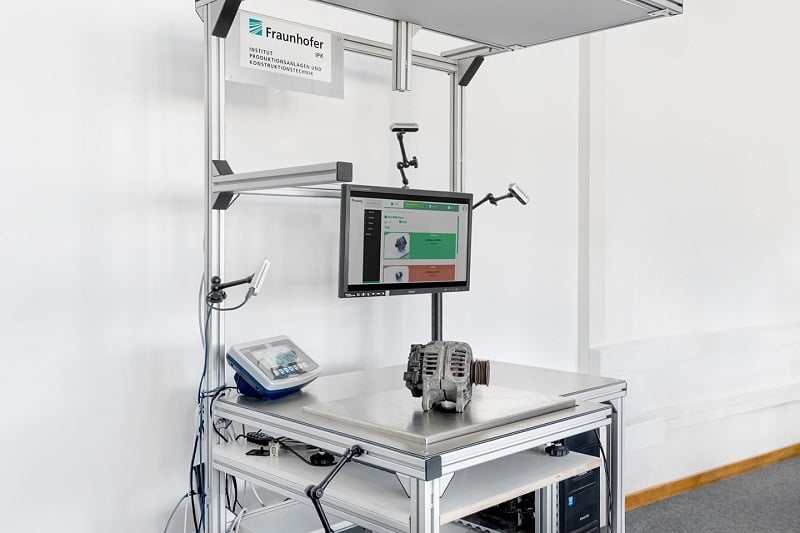 The life cycle of a vehicle typically ends with the vehicle being stripped for parts before being crushed and sold on the open market for scrap metal. Not only does this benefit the availability of replacement parts to benefit the economy, but cuts down on dirty scrap waste entering circulation, benefitting the environment. During this process, parts are assessed to determine if they can be resold, or rebuilt in some way. Part of this assessment is to identify and read each part number to know which vehicles may be a proper fit for the recovered component.

The problem with this recycling process is that some part numbers will not survive the life of the vehicle - normal wear, grease covering, corrosion, and many other elements can make them hard to truly identify. If a part number is not readable, the technician will not be able to enter it into the system to be reused, and so the part will be scrapped. The time spent on a web search to identify every little flange and tab is extremely inefficient. 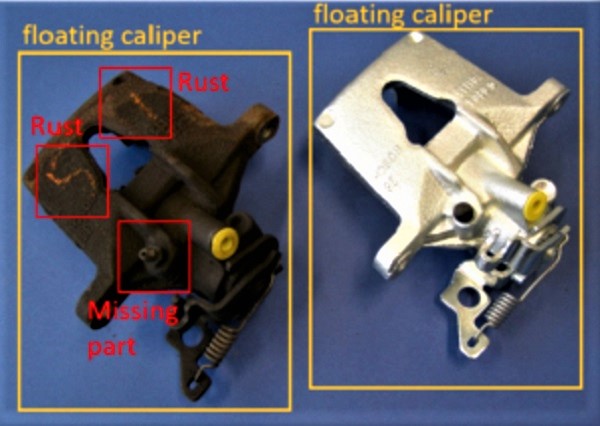 Comparison of a new caliper against a used caliper. Machine vision may have a difficult time identifying key features. Enlarged thumbnail image used courtesy of EIBA

The German Federal Ministry of Education and Research along with Circular Economy Solutions is funding a project in Germany called the EIBA project, to recognize and catalog used automotive parts that would otherwise end up in a landfill. Circular Economy Solutions are testing the systems at their sites within Germany. Currently, they have successfully captured and cataloged 1400 different parts with a recognition rate of 98.9 percent.

The system will use two AI computers to process data from vision systems and physical data about the component. The data collected is then used to determine the part number and match it against a list of applicable vehicles. In final numbers, consider that Circular Economy Solutions alone discards an estimated 70,000 components due to lack of identifiability. Recapturing 98.9% of those parts would yield over 69,000 parts that may be recycled. 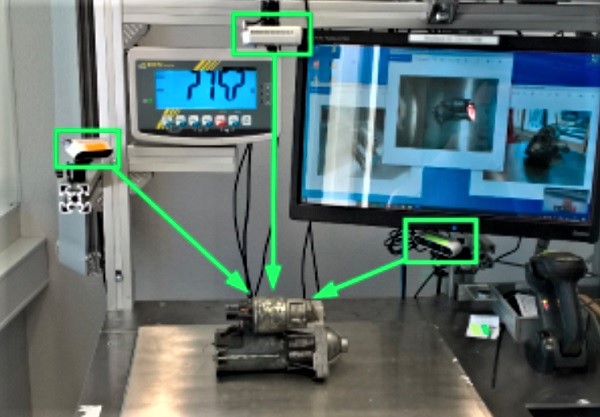 When the technician removes the part from the vehicle for cataloging, they perform a visual inspection and record the part number. If the part number is not readable, that component is then weighed and scanned with 3D stereo cameras. The cameras pick up unique features about the part and any potential missing components. The data from the vision systems are combined with commercial data about the part; origin, date, and location. Once all the data is collected, two AI systems compare the collected data to suggest part types and part numbers to the operator. The operator can then select the correct part and the AI system will ‘learn’ from this selection process, refining future searches. In this sense, it is not truly automatic, but a semi-automatic, human-guided process with greatly enhanced efficiency.

Artificial Intelligence is a very common occurrence with vision systems. The special sub-division of machine learning (ML) works on the bases of a user teaching (or training) the system about which images are considered a pass and which are not. After teaching the system thousands of images, the algorithm can then infer its own pass or fail on an image, which may still run past the eyes of a trained operator. The EIBA project is utilizing this concept only they are not looking for a pass or fail they are looking for similar parts. Vision programs use image patterns to determine pass or fail, or perhaps in this case, if the component is a starter or an alternator.

The EIBA project is a great use of modern automation to reduce waste in the environment. According to the Sullivan Foundation, roughly 12 million vehicles are slated for recycling each year in the US. That means roughly 12 million starters, alternators, or brake components could find a new home in somebody else’s car - cutting down on waste, new part production, and benefitting local sourcing of common basic needs of reliable transportation.