What Happens When You Cross a Leopard With a Mercedes?

What Happens When You Cross a Leopard With a Mercedes?

Evacuations, a temporary shut-down of an automobile manufacturing plant, and a trip to a wildlife veterinarian!

Recently, a leopard decided to go on an unofficial plant tour of a Mercedes-Benz plant near Pune, India. While it is likely company policy that unauthorized visitors are removed and potentially charged with trespassing, the leopard was not the normal unauthorized visitor. Rather than confront him, production was put on ‘paws’ and the plant was evacuated, presumably so that he could get a better look around without workers and whirring machines to distract him.

Perhaps he was simply verifying that any leopard print interiors were sourced in an eco-friendly method.

“We had a very special guest at Mercedes-Benz India campus this morning. A leopard strayed into the company’s production facility and was later rescued with the prompt support of the Forest Department and the local police,” posted a representative from the Mercedes-Benz India plant on the facility’s Facebook page. 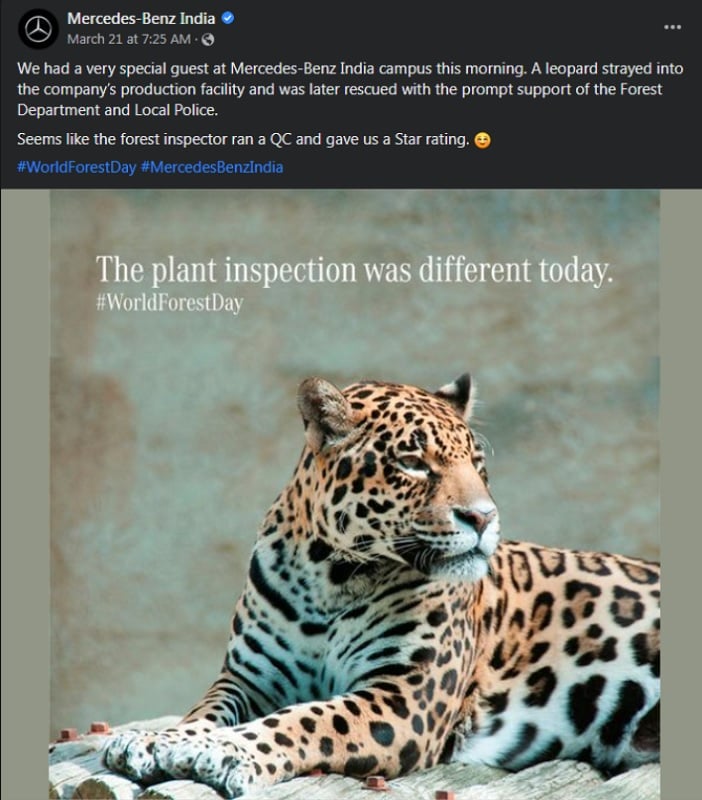 The three-year-old male leopard was first spotted at around 5 AM, and the plant was evacuated. Within two hours, he had been tranquilized and transported to the Manikdoh Leopard Rescue facility for evaluation. The leopard’s health was checked, and he was released back into the wild.

Most likely, they also confiscated his employee keycard and told him, “bad kitty” as well.

While we are glad to report in this case, no injuries were reported, that potential absolutely existed. Recently, there have been news articles about the rise in leopard attacks in parts of India, so this could have ended badly.

Outside of injury to workers, the leopard could have been hurt in this incident, owing to his lack of proper safety training and appropriately-sized PPE.

The leopard could also have done damage to the facility, products, or equipment. Unfamiliar environments can easily lead to animal injury, or very easily costing into the thousands of dollars of damage. Perhaps he starts playing with a stray torch line, knocks over a compressed gas cylinder, or finds a storage room filled with fragile components. There are all sorts of problems that could have arisen from this cat’s tour.

If there had been injuries or damage, this matter would not have been approached so lightheartedly from our journalism perspective. As it is, we are glad to hear about incidents that achieve this level of success for all involved.

Right away, the incident should be investigated as a “near miss.” The first questions to ask are, “How did he get inside? What was his access point?” Today, it was a leopard. It could have also been a much more aggressive wildlife encounter, a couple of troublemakers, or even an industrial spy.

The next question might be, “What could have been done more smoothly?” Take a hard look at the evacuation. Would that evacuation have been effective in the event of a chemical release, fire, terrorist threat, or other incident? 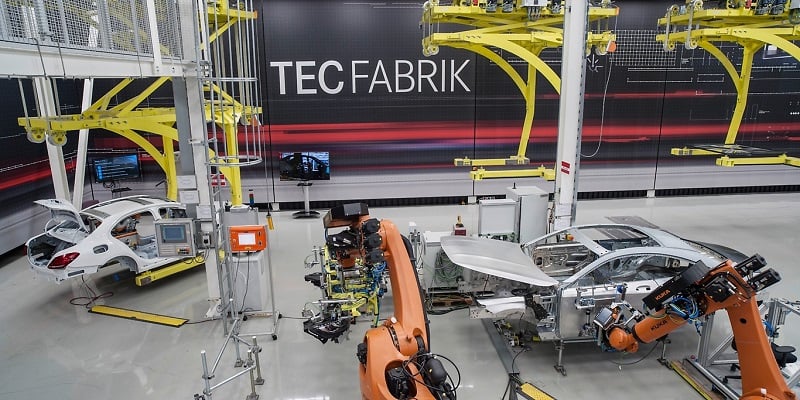 This is one of the defining traits of good engineers. Engineers must be trusted to come up with solutions to problems - especially the ones that weren’t anticipated. Whether merely a quality excursion that appears at seemingly random intervals, a finicky alarm code that just won’t go away, or a dangerous animal loose in the plant, there will always be problems to solve in the manufacturing facility.

In spite of all the emergency planning documented in Standard Operating Procedures (SOPs) and company policies, there will always be situations that arise where there is no plan.

You may think you have the perfect plans. And then along strolls a leopard through your plant, who ruins all your purrfect planning.