A Year Out: A Look at How Yaskawa’s GA800 Motor Drive Fits into Industrial Trends

A Year Out: A Look at How Yaskawa’s GA800 Motor Drive Fits into Industrial Trends

Take a look at Yaskawa's motor drive released a year ago and how new products try to future-proof against new trends.

Controlling industrial motor systems can be a complex matter, requiring the ability to get feedback from the motor, to specify the correct settings, and to obtain access offsite.

The GA800 motor drive by Yaskawa was released in January 2019 as a solution for those facing these challenges in a flexible, scalable way.

How does an industrial product hold up to the age of the IIoT a year after its release? 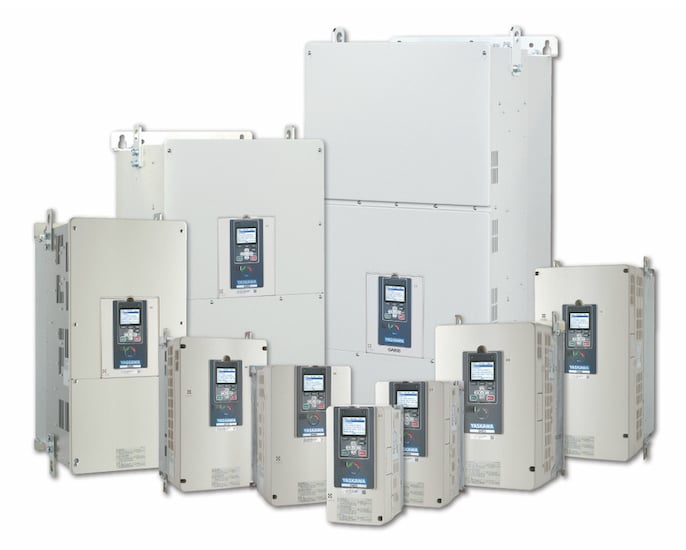 Members of the Yaskawa GA800 family

The GA800 is a variable speed drive for use with industrial motors and is available in a wide range of powers from 1HP to 600HP. Devices such as these are also known as variable frequency drives or VFDs.

Yaskawa's drive has many features that Yaskawa aimed at making the entire configuration, operation, and monitoring aspects of motor controllers as easy as possible. Multiple power and motor control features included in the GA800 include an advanced open-loop vector system which produces high torque and near triples operation, an integrated brake transistor of up to 125HP, and embedded safe torque off which helps to minimize downtime. 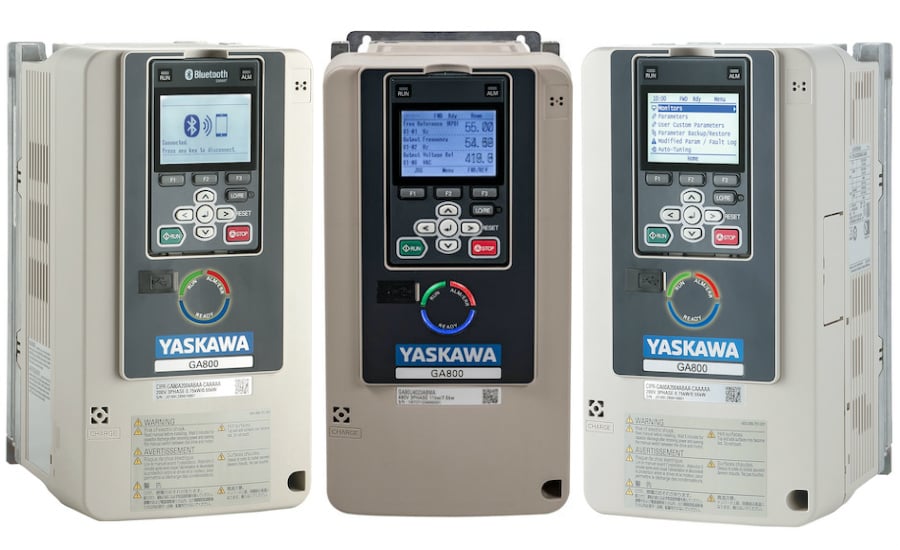 Some applications call for the ability for a controller to be programmed without the presence of mains power, which the GA800 supports. So long as the 24V DC input is provided via an auxiliary port, the GA800 can be programmed and configured via USB without mains power.

When it comes to interacting with the GA800, there are multiple methods possible:

One feature, in particular, that is of interest is the cloud features that allow operators to store configuration data on the cloud and remotely monitor the GA800. This inclusion of IoT technology is yet another example of Industry 4.0 changing how engineers approach industrial systems with a desire to centralize automated processes as well as allowing for potential sensor monitoring.

The rise of IIoT has also opened up a potential market to advanced VFDs according to market research which could see more advanced VFDs like the GA800 become more commonplace in automated environments.

One prediction that is not far-fetched for advanced VFDs would be the inclusion of AI into VFDs to improve efficiency and prevent downtime. A motor controlled by a VFD with AI would be able to learn from the data gathered by the VFD about the motor and start to recognize patterns during times when the motor requires maintenance. Once enough data is gathered, the VFD could make alternations to its own settings as well as alert operators of potential problems before they become an issue, thereby allowing time for the production line to make alterations and prepare for potential downtime.

How Do Current VFDs Compare?

While it is hard to say exactly how other VFDs look when compared to the GA800 (as there are so many different VFDs on the market), it would appear that there are very few which are as focused as the GA800 is on connectivity.

The use of a multi-language display, Bluetooth, and cloud connectivity is something that is rarely found on standard VFDs which typically include a control panel for making adjustments and not much else. One explanation is that industrial engineers, unlike those who design consumer products, must consider far longer lifespans as changing equipment can be very expensive.

Do you find yourself thinking the phrase “if it ain't broke, don’t fix it”? Do you agree that engineers who design production lines must focus on having as little downtime as possible, require as little maintenance as possible, and be suitable for as long as possible?

Share your characterization of your peers in the comments below.