This article discusses several different types of NEMA enclosure ratings and which one may be the right one for your specific applications.

Electrical equipment, although very useful and necessary in modern life, can be dangerous when left exposed. It can also be vulnerable when not protected from external elements. National Equipment Manufacturers Association (NEMA) standard 250 - Enclosures for Electrical Equipment covers the requirements for North American manufacturers to protect enclosed electrical equipment against external elements, whether it be from human interaction or environmental elements.

The standard covers electrical equipment rated up to 1000 volts for indoor and outdoor locations and is enforced by articles in the National Electric Code (NEC). NEMA 250 classifies electrical enclosures by type, each with varying degrees of protection from external elements and their intended use.

Each NEMA type is identified with a numeric or alpha-numeric combination that represents a specific set of requirements and standards that an enclosure must meet. Another note to consider is that many times enclosures may be constructed to achieve multiple ratings.

It is sometimes more economical for the manufacturer to add one small feature to an enclosure design that will make that enclosure compatible with multiple NEMA ratings. Below are the most common types with descriptions, examples, and commentary beyond that which are normally provided.

NEMA Type 1 & 2 enclosures are designed for indoor use only and to protect personnel from access to hazardous parts inside the enclosure. They also provide some protection from larger foreign material such as dirt, but not necessarily dust. NEMA Type 2, in addition to the above, have some degree of protection from dripping or light splashing water.

These types of enclosures are found indoors, normally in residential and light commercial buildings. 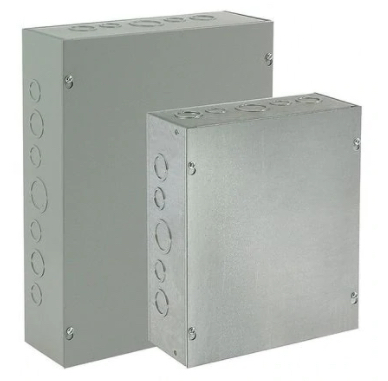 This type of enclosure is typically the least expensive enclosure and is usually constructed of mild gauge painted or galvanized steel. There are often mounting holes pre-drilled directly through the enclosure and often come with pre-punched knockouts for the conduit. Your panelboard at your house is more than likely a NEMA Type 1 enclosure. 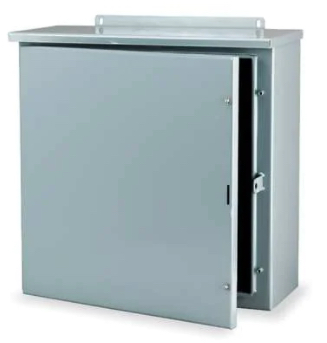 These enclosures are usually more suited to environments with rain or snow and typically have a small drainage hole in the enclosure to keep any moisture from accumulating inside the enclosure.

For areas where ice build-up may be a problem, NEMA Type 3S includes features that allow the enclosure to be opened even when ice has formed on the outside of the enclosure. NEMA Type 3 enclosures are usually made of mild gauge painted steel, but may also be available in a non-metallic version. These enclosures will be a little more expensive than NEMA Type 1 or 2.

These enclosures are sometimes classified as “washdown” service as they are often installed in areas that are subject to frequent washing, such as food and beverage production and automatic car washes. For corrosive environments, NEMA Type 4X enclosures are used.

These enclosures are usually made from either stainless steel, aluminum, or several non-metallic materials like polycarbonate or fiberglass. NEMA Type 4 and 4X enclosures will contain a rubber gasket around the door. Installers will need to follow strict NEC and manufacturers guidelines when drilling holes in the enclosure for conduit or the installation of other devices to keep the NEMA Type 4 or 4X rating of the enclosure. 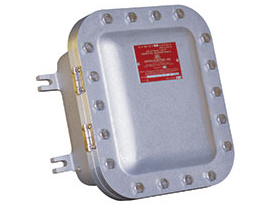 For hazardous locations containing dust, NEMA Type 9 “dust-ignition-proof” enclosures are rated for Class II, Groups E, F, and G locations as defined by the NEC. These enclosures will most always be made from a cast aluminum or cast iron. The enclosures are very heavy and will be the most expensive of any of the enclosures listed here.

These enclosures include a gasket door to help seal the interior from non-pressurized water and oil. These enclosures are typically constructed from mild gauge painted steel, but also are available in non-metallic varieties.

As an option, NEMA Type 12 enclosures can come with knockouts, which then makes the classification NEMA 12K. The knockouts will be unlike the knockouts provided in NEMA Type 1 enclosures in that they will come with a means to prevent the intrusion of dust and other foreign material with the use of a gasket.

The NEMA Type 13 enclosure meets all the above NEMA Type 12 ratings, but in addition, it provides protection from splashing or spraying non-corrosive chemical agents like oil and coolant. 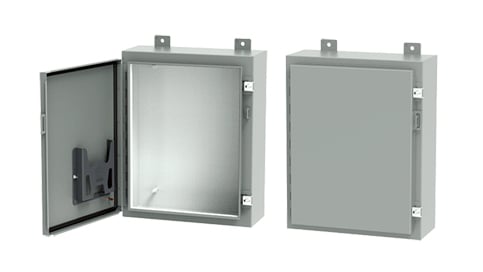 Hopefully, the above descriptions will help summarize the most common enclosure types and aid in your selection of the correct type on your next project. The list above is abbreviated, and further definition of each type should be consulted when determining which enclosure you should use.

In an effort to make this a quick reference, a couple less common type enclosures (NEMA 5, 6, 6P, 10 & 11) were left out of this list, but there are many resources available on the internet that can fill in the gaps this article may have left out. Typically each of the enclosure manufacturers has a comprehensive list of the enclosure definitions included on their website for your use.