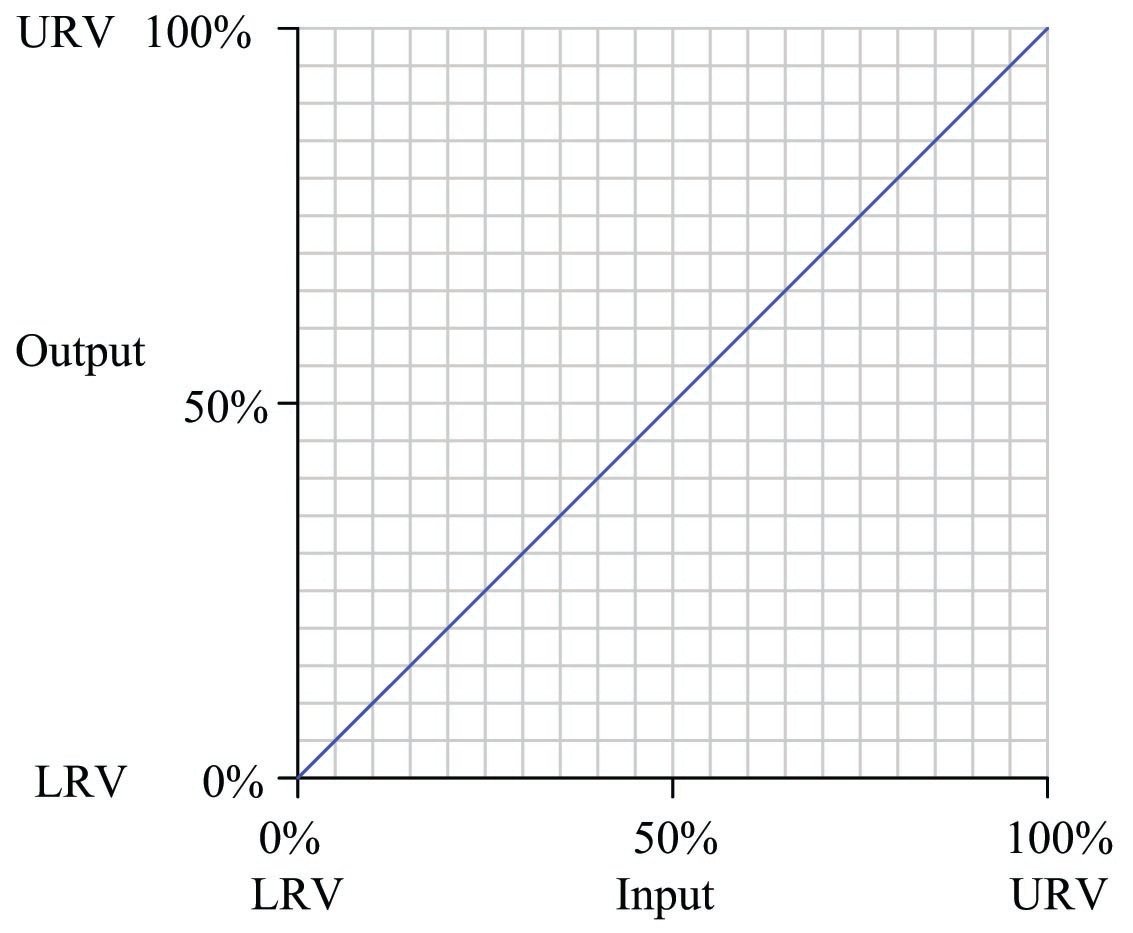 This graph shows how any given percentage of input should correspond to the same percentage of output, all the way from 0% to 100%.

Things become more complicated when the input and output axes are represented by units of measurement other than “percent.” Take for instance a pressure transmitter, a device designed to sense a fluid pressure and output an electronic signal corresponding to that pressure. Here is a graph for a pressure transmitter with an input range of 0 to 100 pounds per square inch (PSI) and an electronic output signal range of 4 to 20 milliamps (mA) electric current: 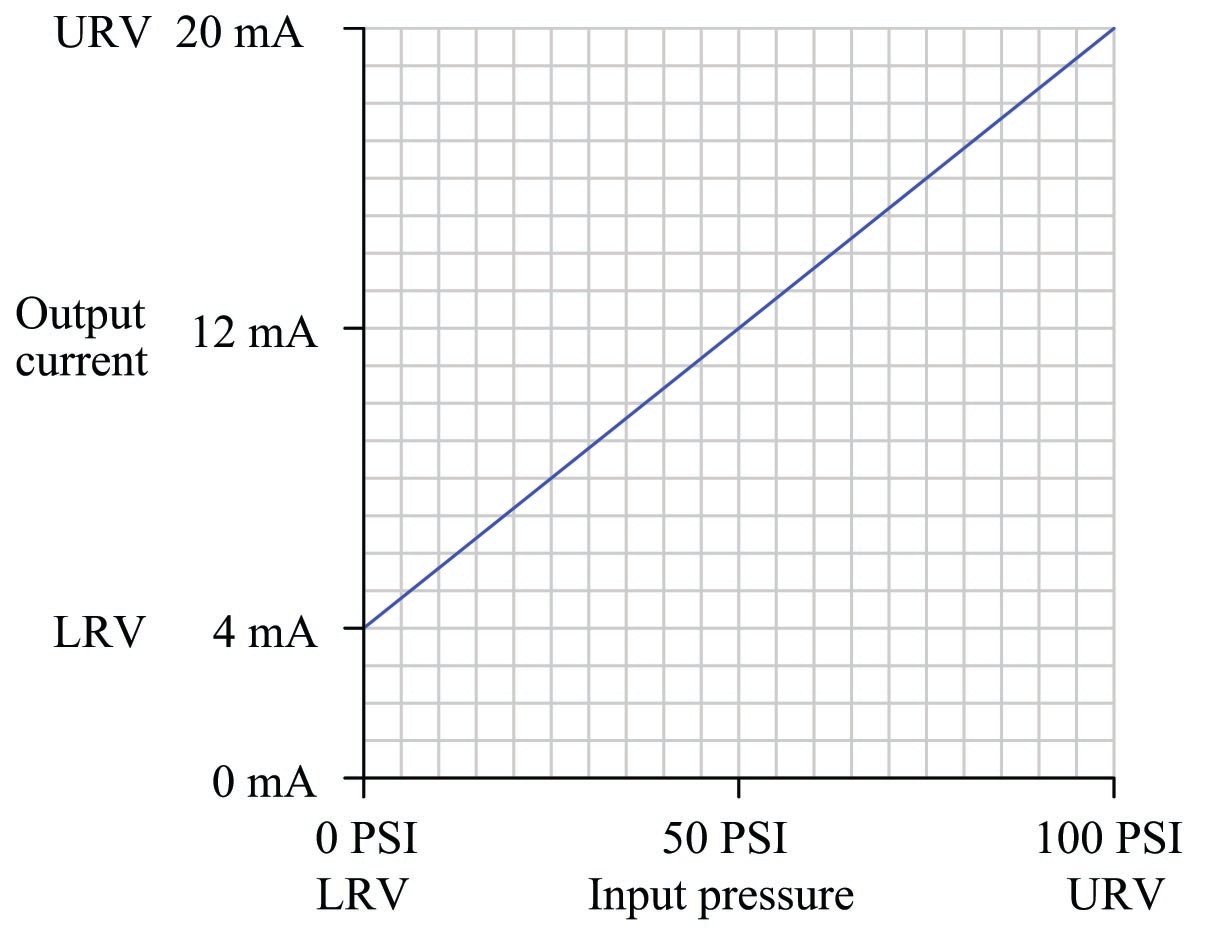 Although the graph is still linear, zero pressure does not equate to zero current. This is called a live zero, because the 0% point of measurement (0 PSI fluid pressure) corresponds to a non-zero (“live”) electronic signal. 0 PSI pressure may be the LRV (Lower Range Value) of the transmitter’s input, but the LRV of the transmitter’s output is 4 mA, not 0 mA.

Any linear, mathematical function may be expressed in “slope-intercept” equation form:

The relation of the slope-intercept line equation to an instrument’s zero and span adjustments reveals something about how those adjustments are actually achieved in any instrument. A “zero” adjustment is always achieved by adding or subtracting some quantity, just like the \(y\)-intercept term \(b\) adds or subtracts to the product \(mx\). A “span” adjustment is always achieved by multiplying or dividing some quantity, just like the slope \(m\) forms a product with our input variable \(x\).

Zero adjustments typically take one or more of the following forms in an instrument:

Span adjustments typically take one of these forms: