NASA and SpaceX have signed an agreement to transfer and relay information about trajectories of space objects, such as satellites and manned missions.

The Agreement Between NASA and SpaceX

This agreement will reduce the likelihood of a collision between objects and define “ride-sharing” opportunities between the two agencies.

SpaceX currently has 600 satellites orbiting Earth, with a plan for at least another 900 by the end of 2021. Their satellites are autonomously maneuvered in orbit 550 km above the Earth’s surface. These satellites are much closer to Earth than others, making them a nearby hazard that needs to be avoided. Satellites that are farther away have larger orbits, and collisions are much less likely.

The satellites are called Starlink, which is the name of a division of SpaceX. They are intended to provide high-speed satellite internet to anyone with a clear view of the sky and the Starlink hardware. 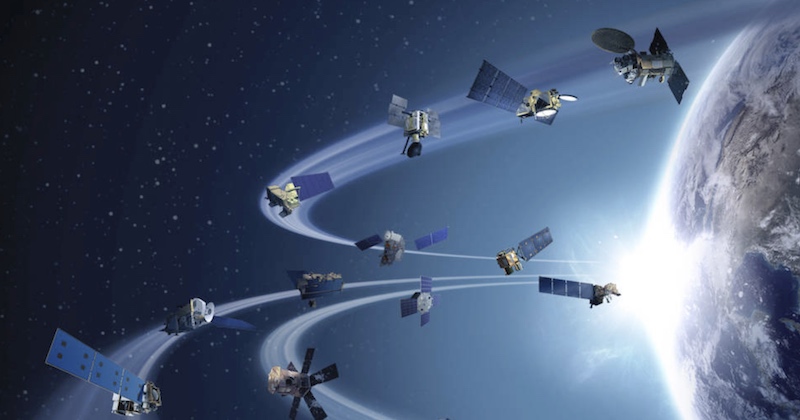 NASA also continues to launch objects into space, including missions supporting the International Space Station (ISS), Visiting Vehicles (VV), and manned space missions. In general, this agreement states that they will have priority and that the SpaceX satellites will adjust as needed.

The agreement provides a way to control movements and missions from both agencies. NASA agrees to share trajectory and orbit information and share technical understandings and changes to any plans so that the SpaceX satellites can adjust their orbits.

SpaceX will also provide their orbit information, adjusting orbits for NASA’s launches and missions, and maintain a buffer of 5 km above or below the apogee of the ISS. Much of this data will be stored on their website, though the two agencies are working out redundant systems, should this service be unavailable.

NASA will also work with SpaceX on optimizing satellite delivery and minimizing the reflections caused by the solar panels on the satellites. Images used courtesy of SpaceX

The agreement also lays out the procedures and timelines for notifying each agency of changes to orbits and new launches. Starlink aims to offer promising results for the aerospace industry.

Some rural and remote areas of the world can only receive internet via satellite, which does not support streaming services well. This agreement marks the first of many agreements that will need to be established as SpaceX and NASA continue to put more objects in the sky.

The lessons learned between these two agencies will serve as a blueprint for future companies involved in space exploration and technology.