Automation company, Double Robotics, has deployed some of its machines to allow students from Arizona to have their graduation ceremony despite the global lockdown caused by COVID-19.

The move is the result of a partnership between the company and Arizona State’s Thunderbird School of Global Management (Thunderbird) and saw graduates piloting a remote-controlled robot on a podium at the university. The robot had a screen displaying their face and allowed students to approach the Dean Sanjeev Khagram, receive their diplomas, and take a photo with him. 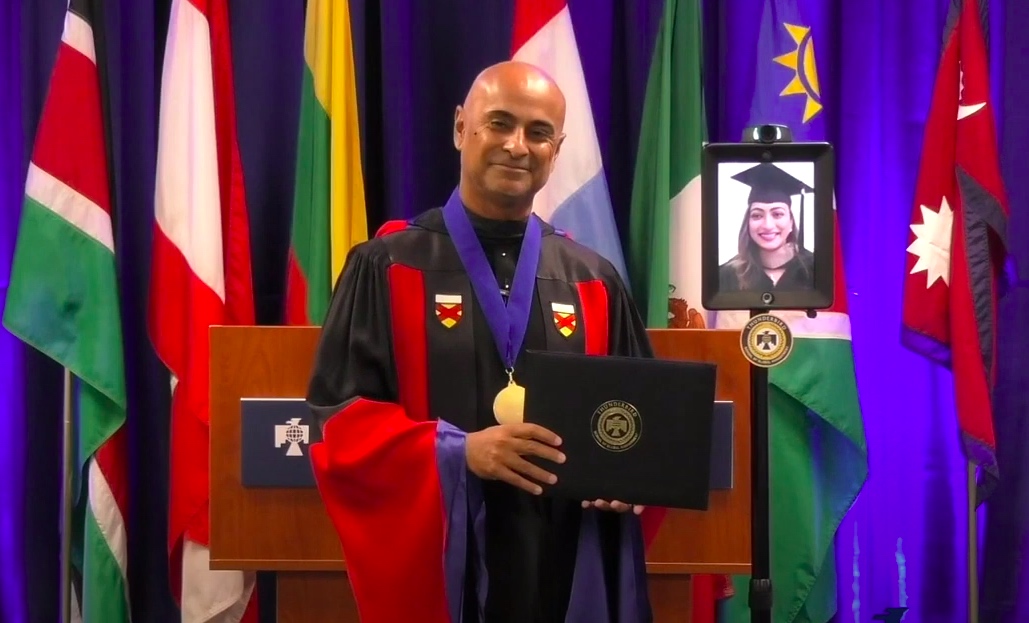 Dean Sanjeev Khagram with one of the graduates via a Double 3 Robot. Image used courtesy of Arizona State’s Thunderbird School of Global Management.

Essentially, Double Robotics is a company producing telepresence robots that use gyroscope and accelerometer sensors to detect movement. These robots have a screen where the face of the user is displayed, and they can be controlled via desktop, tablet, or smartphone.

Double Robotics’ latest product is the Double 3, a machine released in August 2019. The Double 3 features depth, ultrasonic, and IMU self-driving sensors and self-balancing capabilities. Moreover, while the previous iteration of the robot using an iPad as a screen, Double 3 has an integrated screen for easier operability.

In terms of industries utilizing Double Robotics’ machines, most of them are to be found in business and education, as the Double robots are traditionally marketed as machines developed to increase the productivity of remote workers and distance learners.

The California-based company has in the past used its robots to allow people to participate in weddings and funerals without traveling. Now, Double Robotics has made it possible for students to graduate in what resembled an actual graduation ceremony.

In fact, many graduations have been canceled due to COVID-19, and in the past few months, students simply graduated from home, via video conference. 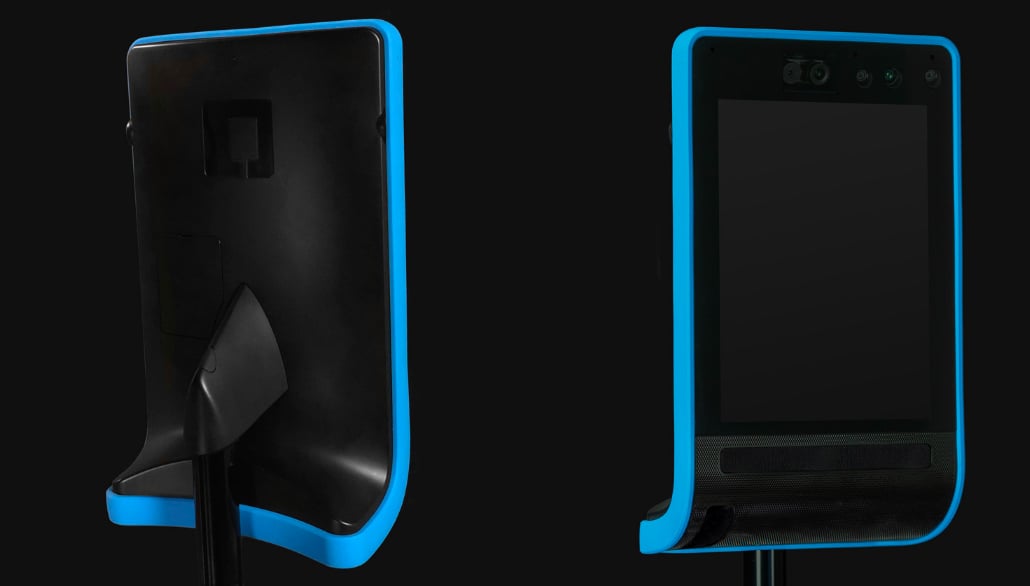 While driving a robot on stage is not quite the same as receiving your degree physically, the experience organized by Thunderbird gave students a glimpse of the ceremonial hall where they would have graduated in normal circumstances. The event was broadcasted on May 11 via YouTube so parents and friends could participate together.

As part of this partnership, the university rented four Double 3 machines from Double Robotics. Thunderbird support staff also familiarised with the robots beforehand in order to be able to run the ceremony smoothly. The event was organized by Thunderbird and Dean Khagram, who commented by saying that the ceremony itself could be a learning moment for the graduates.

“We teach our students how to maximize the benefits of the Fourth Industrial Revolution by embracing global ingenuity and innovation, Khagram said. “So leveraging transformative technologies like mobile telepresence robots for an unprecedented commencement was a fitting final lesson for the Class of 2020.”

More broadly, the event represents only one of the ways companies and universities are adapting to new realities caused by the global consequences of COVID-19. These include the rise of video-conferencing tools such as Zoom and the 3D printing efforts led by many companies to face shortages of personal protective equipment.

Interested in events such as the one organized by Thunderbird? You can watch a video of the graduation ceremony.