Walgreens Boots Alliance Inc. (Walgreens) is an Anglo-Swiss-American holding company based in Deerfield, Illinois. The integrated healthcare, pharmacy, and retail leader have ownership of retail pharmacy chains, Walgreens and Boots, including other pharmaceutical manufacturing and distribution companies.

Recently, WBA announced its plans to open up 22 automated prescription-filling facilities across the U.S., all of which will serve over 8,500 of the company’s nearly 9,000 stores. At Walgreens’ robot-equipped center in Northlake, 220 workers and a few licensed pharmacists work alongside automated machinery to fill 35,000 prescriptions a day. This value will eventually be ramped up to 100,000 daily with increased use of automation. Walgreens believes that it may be possible to fill half of its prescription volume at the automated centers by 2025. 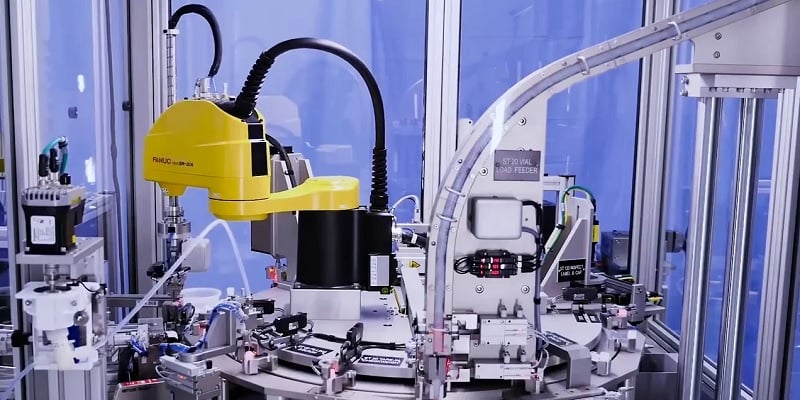 Walgreen’s announcement includes the use of FANUC robots for prescription fulfillment. Image used courtesy of FANUC

The global coronavirus pandemic highlighted the need for pharmacies and their pharmacists, particularly concerning administering vaccinations and providing testing. Some of the challenges that faced the pharmaceutical community included the need to go digital with ordering prescriptions and meeting for consultations, while pharmacists established safe protection and isolation methods, encouraging hesitant patients with COVID-19 concerns to come into pharmacy stores. With doctors in hospitals being inundated with patients, pharmacists were important in taking on less urgent patient cases and alleviating the healthcare burden across the globe.

In a recent news release, the CEO of Walgreens, Roz Brewer, commented, “We’re doing all of this work so that the pharmacist has an easier job so that they can get back to being front and center, building a relationship with that patient and interacting the way they were trained — the work that they love to do.”

Walgreens is aiming to provide pharmacists with more valuable time to care for patients by increasing automation efforts at facilities like the one in Dallas. At this facility, medications for the management or treatment of high blood pressure, diabetes, or other conditions are processed. According to Walgreens, each robot can fill 300 prescriptions in an hour. This is what a handful of staff at a Walgreens pharmacy can achieve in a day.

The robots at the Dallas facility can dispense about 900 different medications. Pill bottles travel along the production line track. At one station, some of these bottles get paired up with a patient’s other medications or the rest of his or her 90-day medication supply. Bar codes are scanned which allows paperwork and bags to be prepared so that customers can pick them up later. After pill bottles are packaged they get sorted and dropped into plastic totes by other robots.

One particular bot used in Walgreens’ Dallas facility, FANUC’s LR Mate 200iD/7L, is used to hold pill bottles up to dispensers, place them back in a designated area, and attach the bottle lids. The 6-axis robot features a 7 kg payload capacity and the longest reach (911 mm) among FANUC’s LR Mate Series of robots. The robot has been designed to be easily cleaned and holds an ingress protection rating (IP67) that safeguards it from solids such as dust and sand. 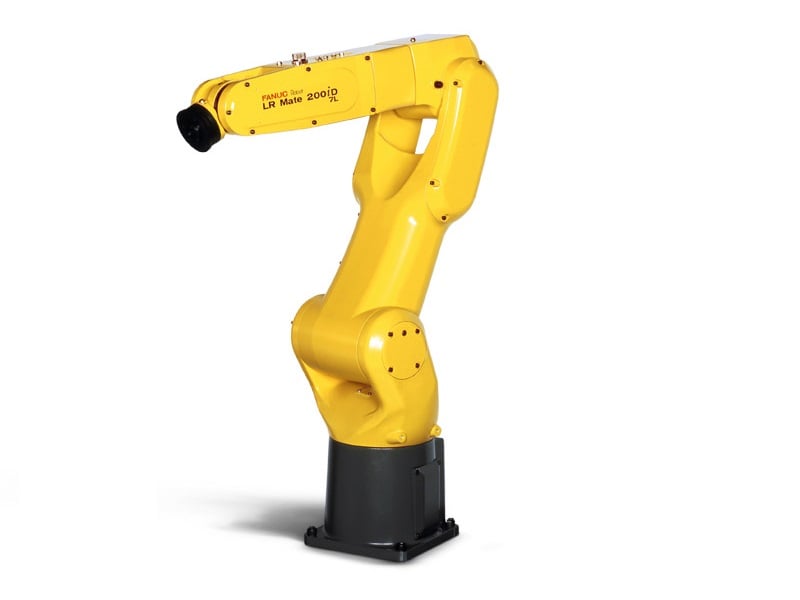 FANUC’s bot is one solution among many being employed by Walgreen to bring a much-needed change to the pharmaceutical industry. Increased automation will not only improve the industry’s service and output, but it will also promote the rise in patient support as pharmacists gain more valuable time with patients.