Yaskawa has recently added two robots, the PL190 and PL320, to their palletizing robotics line, including the previously released PL500.

The PL500 is the largest of the three robots, capable of dealing with heavy loads. With a payload of 500 kgs, this robot can move and palletize large boxes and products.

It is designed with fast axis speeds and acceleration to reduce cycle times, making for faster product transfer. The PL500 has a horizontal reach of 3159mm and a vertical reach of 3024mm, making it capable of most large palletizing tasks.

After the release of the PL500, Yaskawa added to its high-speed robots with the PL190 and PL320. They aim to add increased throughput on palletizing and end of line operation. 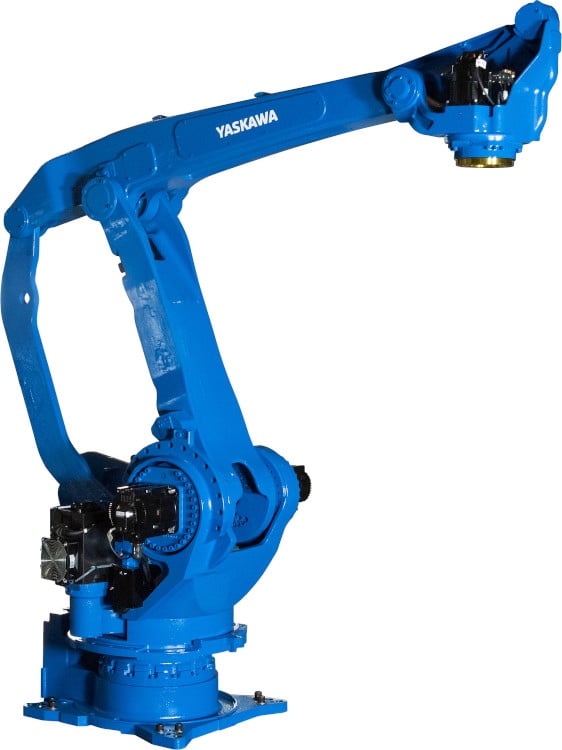 These robots can also order picking and other logistical tasks, making them a more functional four-axis robot. PL series robots can complete many different tasks from palletizing to moving boxes with ease and precision, creating more useful robotic integration.

All PL robots feature the same reach of 3159mm horizontally and 3024mm vertically, giving them maximum reach for palletizing and end of line procedures. The new one-piece upper arm assembly reduces the weight for overall construction.

The upper arm utilizes a parallel link that helps to ensure smooth operation and controlled payload movement, even with unevenly distributed payloads that can be large and heavy.

Both the PL190 and 320 can be floor mounted. The end of arm tool is easily mounted with a 75mm t-axis pass through capable of handling high moments of inertia created from unbalanced loads. Brakes for each axis come standard, adding to the safety of the robots.

The YRC 1000 controller is the standard controller for both robots and comes with the ability to be used globally.

The controller is capable of handling 380-480VAC without the use of a transformer, further simplifying installation and reducing initial installation costs. A single cable is necessary to connect the controller to the robotic arm, making the robot's setup very simple. All wiring and pneumatics are run through the center of the arm, making routing simpler, safer, and less prone to damage during normal operation. 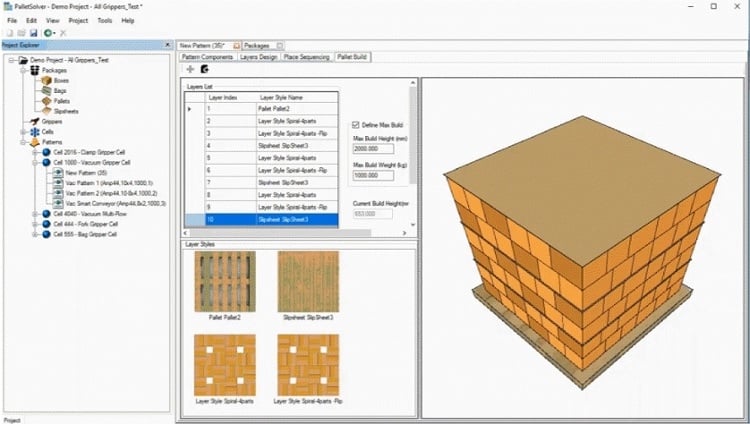 The interface of the PalletSolver software. Image used courtesy of Yaskawa Motoman

PalletSolver software is capable of palletizing patterns for almost any mix of SKUs. This allows for faster workcell deployment, even with very complex patterns.

With the PL190 and PL320 to the PL500 palletizing robotic line, Yaskawa has created a versatile four-axis robotic lineup.

The robots feature high-speed rates, helping to move product quickly and efficiently through the end of line and palletizing processes.

With floor mounting and single cable attachment, installing the PL robots is more simple compared to past models. They are also capable of running without a transformer on most voltages found in plants around the world. Yaskawa hopes this new line of robots will provide customers with more easy-to-use palletizing robots.