Emerson’s ASCO ARCS (Advanced Redundant Control Systems) line provides redundant solutions for both emergency shut down valves and support multiple redundant configurations. Redundant control systems aim to reduce the dependency of a system on a single module and provide more than one option in case of failure. 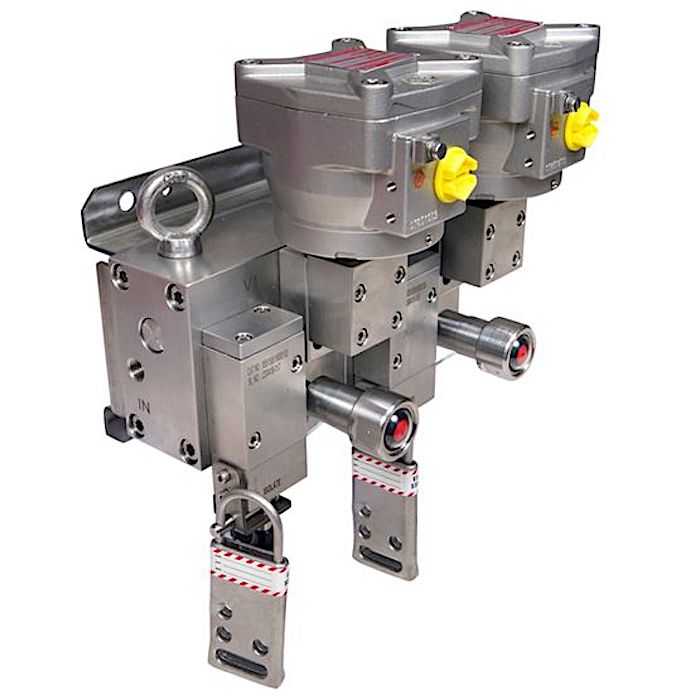 Emerson designed the ASCO 141 series ARCS to be used in industries such as power, oil and gas, and chemical processing with strict safety requirements, and process reliability is of critical importance.

The Emerson ASCO 141 series ARCS offer several distinctive features compared to similar products on the market—starting with the fact that they are supplied as a compact single module with a single part number. By using a manifold, the installation process is much easier, and the number of potential failure points significantly reduces.

This is the only safety system available in the industry offering individual valve isolation to support online maintenance without interrupting processes. The ASCO 141 series ARCS also include status indication and feedback to quickly detect faults online and support preventative maintenance.

Engineered with a valve-to-valve design, the ASCO 141 series ARCS does not require pipework and fittings between the solenoid valves. Since this also reduces the probability of leaks, it further leads to a high-reliability level and reduces ownership cost. The directing-acting solenoid valves used in this system are based on the ASCO 327-Series, 3 Way offering low friction and high reliability with low power requirements.

They offer a common bypass, allowing the online replacement of valves, and offer individual isolation (2oo2 and 2oo3). In addition, individual isolation supports hot-swapping of valves while maintaining the system’s capabilities to quickly bring the processes to a safe mode should an emergency occur.

The ASCO 141 series ARCS has pipe port sizes of ½” (high flow) and ¼” (standard) are 3/2 way direct acting actuation. They are fully pre-tested before shipping to the end-user, certified for SIL applications (Exida), and have up to a SIL 3 accreditation from Exida for redundant configuration. The body is made from either SS316L or SS316L valve body and manifold, and aluminum solenoid operators. 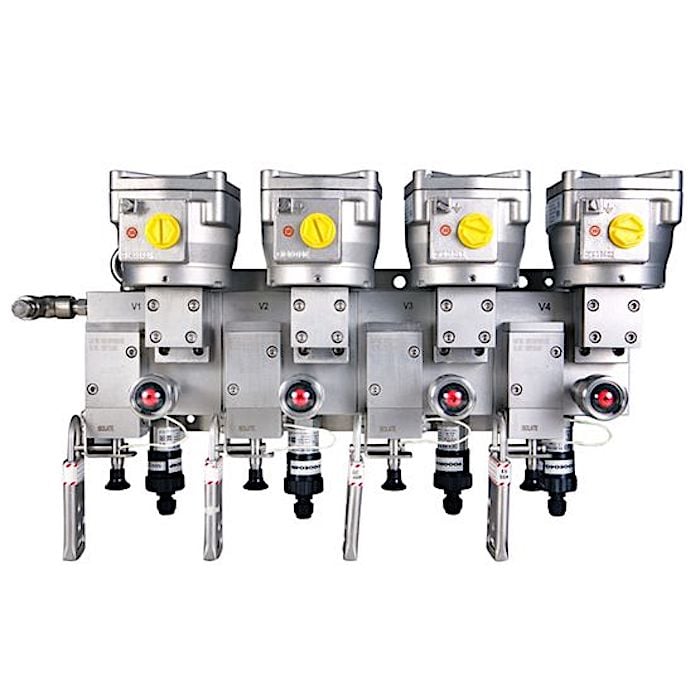 The ASCO 141 series ARCS include a visual status indication as well as digital input feedback to the process control room via pressure switches. Image courtesy of Emerson.

Emerson’s ASCO 141 series ARCS are another option for supporting process reliability and safety in industries where process control is vital. This is already available for purchase in various configurations to support a wide range of needs.