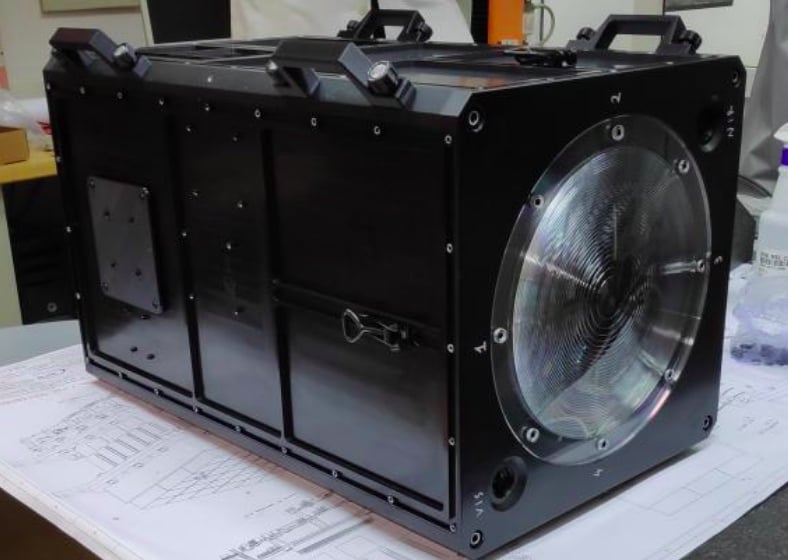 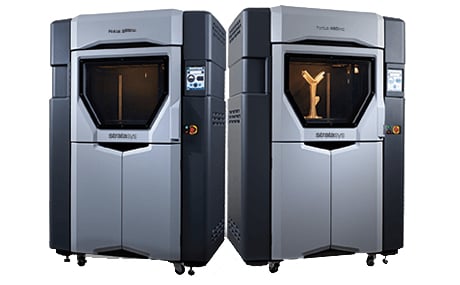 It is also an extremely precise device, being able to produce parts within measurements of of ± .127 mm (± .005 in.) or ± .0015 mm/mm. Moreover, the printer’s high-capacity material option means the Fortus 450mc’s unattended build time is up to two full weeks.

The device was recently launched into space on board a Soyuz rocket and installed on an Earth-facing window of the ISS’ Russian Zvezda module. This first-of-its-kind cosmic UV telescope can record all space and atmospheric objects and events within sight in an orbit of roughly 90 minutes. These include “UV emissions from night-earth, transient luminous events, meteors, space debris and more,” said Marco Ricci, lead researcher at Laboratori Nazionali di Frascati at INFN. 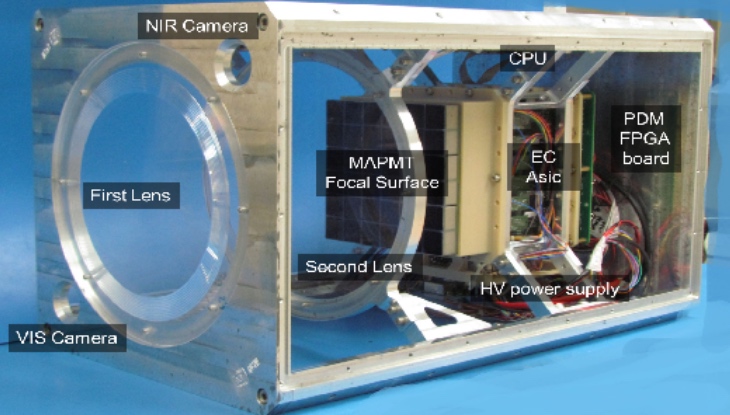 The hardware construction of the Mini-EUSO telescope. Image used courtesy of INFN.

According to Ricci, the final scientific objective of the Mini-EUSO telescope would be to create a high-resolution map of the Earth in the UV range (300-400nm). This would “significantly advance research on cosmic rays, but also serve as an important experiment for future space missions,” the researcher explained.

Manufacturing the mechanical structure of Mini-EUSO presented several challenges, according to the researcher. The toughest to overcome was that the team was looking for a specific material that could meet the certification requirements of the aerospace industry and the ISS. The structure also had to be able to bear the mechanical stress and vibrations of a rocket launch.

To overcome both these obstacles at once, the researchers decided to build the telescope’s structure using ULTEM 9085 resin, a heat resistant material with high impact strength. Commenting on the impact of 3D on this project, Ricci said it had been “transformational” for a number of reasons.

“Using Stratasys FDM 3D printing throughout the production of the Mini-EUSO’s mechanical structure enabled us to reduce the overall cost of the project by a factor of ten, as well as save us around a whole year of development time,” the researcher concluded. Given these promising results, it is out of doubt this technology is going to be developed further in the near future, making it an interesting one to watch.

What do you think about the Mini-EUSO and 3D-printing for space applications?