Embraer will install the Honeywell Aircraft Data Gateway 400 (ADG-400) on their E2-series passenger jets and the companies plan to retrofit the E1-series.

Honeywell and Embraer teamed up to install the Honeywell Aircraft Data Gateway 400 (ADG-400) into all of the Embraer E2-series passenger jets. The ADG-400 collects data wirelessly to ease troubleshooting and schedule aircraft maintenance appropriately.

The companies also developed a solution for retrofitting the E1-series passenger jets with the ADG-400.

The ADG-400 collects measurements inside and outside the aircraft, including all data from the electronic flight bag (EFB) system. The EFB contains electronic devices for takeoffs, landings, and flight information. The name “flight bag” comes from the earlier design, where the pilot would carry a heavy bag full of paper printouts that contained this information. In more recent years, this involves electronic devices that display the relevant data via satellite communication and ground servers.

The idea behind the ADG-400 is to create the next iteration of data collection. Instead of merely collecting data and then downloading it from multiple locations during maintenance, this data is automatically compiled and downloaded.

Service bulletins can be issued to a fleet, and learning on one aircraft can be processed and applied to other aircraft. Honeywell estimates that the time savings associated with the ADG-400 will be around 150 hours per aircraft per year. 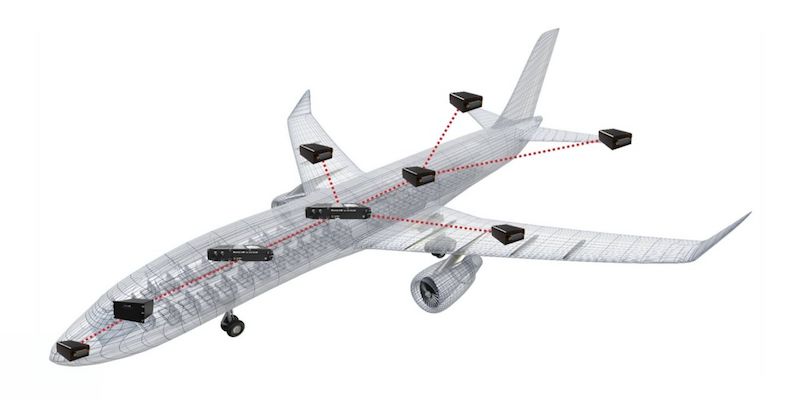 The wireless loadable software aircraft part (LSAP) system included in the ADG-400 keeps all relevant data about the jet. It displays all of the configurable profiles about the various parts, sensors, and options affecting flight and maintenance. This allows technicians to focus on priority issues instead of wading through all of the data. The LSAP system is expected to shave off another 75 hours per aircraft per year in maintenance time.

Embraer, based out of Brazil, has been producing mid-range, mid-capacity aircraft since the early 2000s. Their jets have serviced several popular worldwide airlines, including Alaska Air, Skywest, InterCaribbean, Congo Air, and Myanmar Air.

The new E2 passenger jet line is the next set of improvements in the business class, mid-capacity aircraft market. The E2 series jets can hold between 80–146 passengers, depending on the configuration. They are available for mid-range flights and offer significant fuel savings over the original E1 line. The E2 series is “fly by wire,” meaning they are electronically controlled. This makes them a perfect pairing for the Honeywell ADG-400 system. 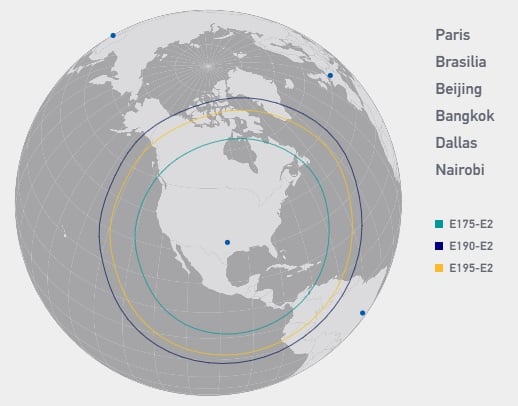 Approximate ranges of each E2 series aircraft if they take off from Dallas, TX. Image used courtesy of Embraer Aviation

The first flight of the E175-E2 occurred about a year ago. The flight showed improved range, fuel efficiency, and creature comfort options compared to the original E175. Still, plenty of E1 jets are in the air and can benefit from retrofitting the Honeywell ADG-400.

The ADG-400 plans to reduce maintenance costs and improve efficiency on both of these lines. With this gateway, Embraer hopes the E1s and E2s will remain in the sky for years to come.