Industrial and Mobile Robots Provide Hospitals with a Helping Hand

Industrial and Mobile Robots Provide Hospitals with a Helping Hand

During the COVID pandemic, hospitals have been hit the hardest, and are likely to find themselves overwhelmed with COVID-19 infected patients, lacking in essential personal protective equipment, and in need of general support.

Amongst their endeavors, it has been tough trying to maintain a sanitary hospital environment. Companies like Aethon, Savioke, and XENEX are providing a helping hand with their industrial and mobile, non-surgical robots.

Aethon specializes in the development and provision of autonomous indoor delivery robots that can be used as commercial solutions for a number of industries including packaging and warehouse facilities. This includes the delivery of medications, meals, or laboratory specimens. The robots are also handy for carrying larger loads. Since February of this year, a number of Aethon's hospital customers located in coronavirus hotspots have increased the use of their robots by over 30% compared to their weekly average in 2019.

At the Medstar Hospital Washington Centre in Washington D.C. and St. Elizabeth’s Healthcare, Aethon’s TUG robots are making the rounds. The TUG robots like the TUG Drawer help deliver linens to hospital beds, meals to patients, and medication to nursing units. The bots are able to automatically open their compartments for nurses to access them. 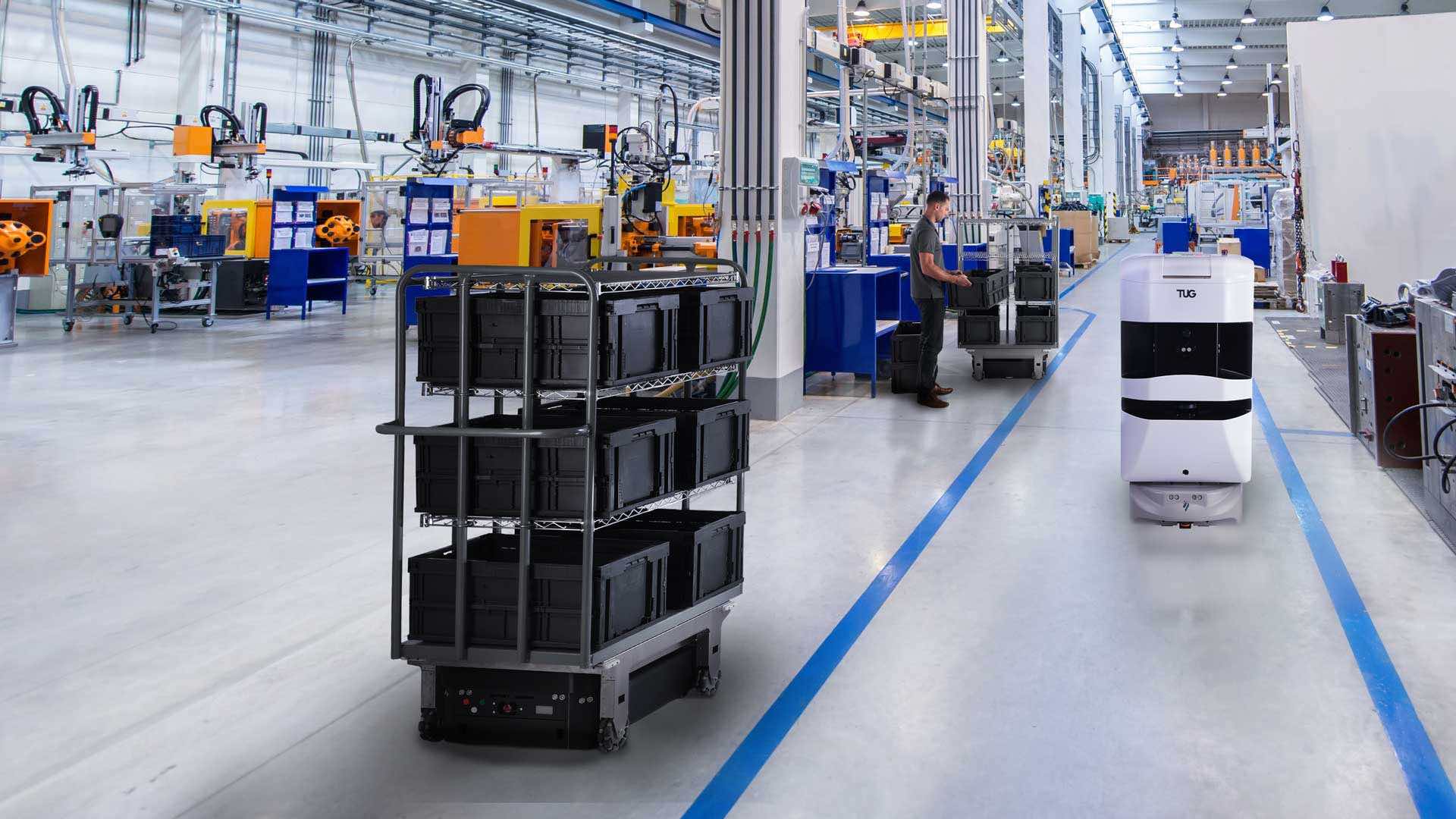 Once the drawer is emptied, the mobile robot records data. The utilization of a pin-code and fingerprint scanning technology ensures medication is delivered safely and securely. This robot removes the need for pharmacy technicians to deliver medications every 30 minutes to an hour to different hospital floors, freeing up more time for hospital staff to focus on other tasks.

Like other TUG bots, the TUG Drawer features omnidirectional locomotion and uses laser, ultrasonic, and infrared sensors to detect objects and people so that it can travel around its environment without risking a collision. Material transfer by Aethon’s bots involves minimal contact and is workflow-efficient. This may serve to reduce viral transmission, reduce costs for hospitals, and most importantly, allow healthcare workers to spend precious time treating patients.

Robots Paving the Way in Manufacturing and Medical Industries

Not only are TUG robots transforming material movement in hospitals during the pandemic, but they are also revolutionizing process workflows within the manufacturing industry as well. The TUG Exchange bot can carry a wide variety of interchangeable wrack and cart configurations to suit customer requirements. Whether a TUG bot is being used in a hospital or industrial plant, customers can benefit from reliable material movement with a command center in Pitsburg monitoring them every hour and every day of the year.

TUG robots integrate with building systems using wifi. This allows them to call lifts and open doors independently. The bots can be signaled for delivery or pick up through several interfaces including call boxes, mobiles, touchscreens, or through a manufacturing execution system such as SAP.

Savioke is another company specializing in developing and supplying service robots for hospitals, hotels, high-rise complexes, and logistics and manufacturing. Savioke’s head of sales and marketing, Bill Booth, said that the company saw a doubling in the demand for their robots since the advent of COVID-19. Savioke’s Relay robots are being used to reduce hospital staff workload both in the U.S. and worldwide in much the same way as Aethon’s TUG bots.

“The robots help the hospital staff offload some of the work, while also helping to reduce the spread of the virus,” Said Booth. “They also help reduce the need for protective gear since the robots don’t need any”, Booth added.

The intensity of these UV rays is more effective than UV-C mercury and is able to disinfect patient rooms in 20 minutes. Once an area has been thoroughly sanitized the LightStrike bots are able to generate a report confirming this which is sent to XENEX’s secure, cloud-based portal via wifi or cellular data.

At a time when hospitals are struggling to tend to the influx of COVID-19 infected patients, robots that usually serve industrial manufacturing and other industries are proving to be valuable in hospitals and mitigating virus spread.