KUKA recently used one of their robots to assist with 3D printing for a most unusual project. 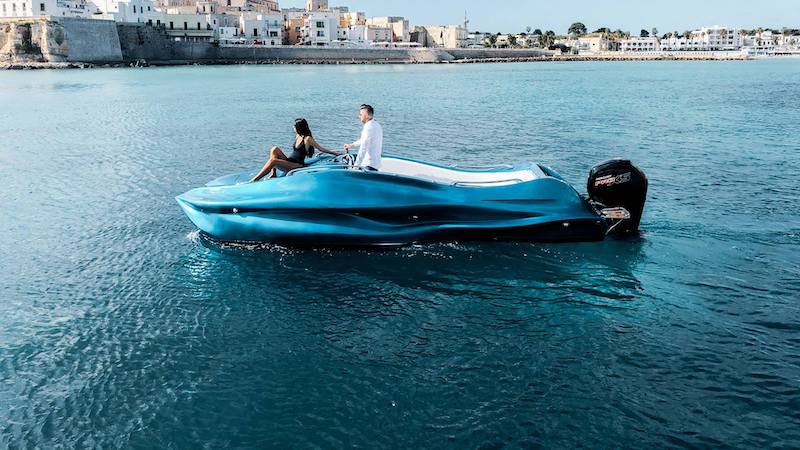 The MAMBO originated as a project by moi composites—an Italian startup company—in conjunction with Autodesk (the makers of AutoCAD software), Mercury (for the motor), KUKA, and a handful of other marine and materials experts. Autodesk UK manufactured half of the boat, and KUKA’s KR QUANTEC robots built the other half. The two halves were assembled at a shipyard and then finished by craftspeople to improve the aesthetics and reduce the drag.

Because MAMBO could be produced with new tools, new designs and geometries are possible compared to traditional boat manufacturing techniques. For example, MAMBO does not have a traditional hull and deck structure, as many consumer boats do. Instead, these were formed all at once.

In traditional fiber-reinforced composites, manufacturing requires either fiber to be chopped short and mixed into a resin or fibers to be laid in a mold that is then backfilled with resin. The short fibers must be thoroughly mixed, else there will be weak spots in the composite.

The long fiber method requires an expensive mold, and the fibers must be placed in straight lines or with only the slightest curvature. Then, provided these processes worked perfectly, the resin is cured by time, temperature, or ultraviolet (UV) light.

The 3D printing process used to construct MAMBO was different. The KUKA robots were able to use moi’s patented process called Continuous Fiber Manufacturing (CFM). In CFM, ong fibers are impregnated by a thermosetting resin while being deposited.

They are also cured as part of the process. CFM’s real advantages are that no mold is required, and fibers can be oriented in various ways, rather than only placed in straight lines. The curing process is accomplished during processing, leading to an even cure and making complex geometries possible. 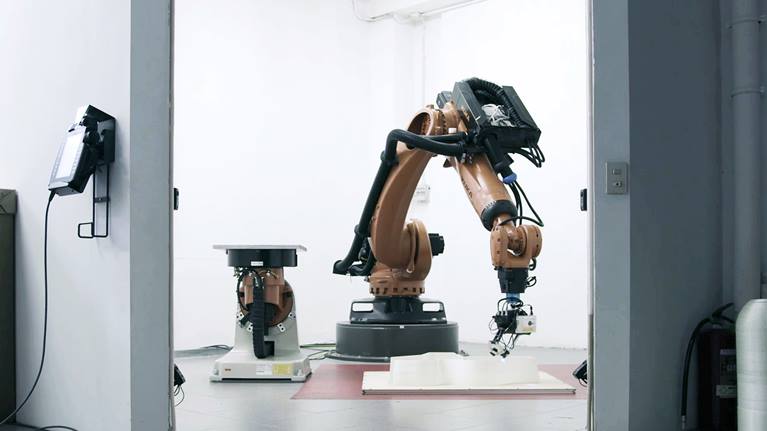 This type of construction is as radical as comparing the frame design of pre-1970 cars to the unit-body cars of newer models. While one could argue the merits of both styles, realize some cars could only be produced using the unit-body method.

While MAMBO was one-of-a-kind, it opened the doors for many future designs. Combine the new geometries with the on-site manufacturing capabilities of the KUKA KR QUANTEC robots using the CFM manufacturing techniques, and realize there are now infinite possibilities for new boat designs.

As radical as this may be for the boating world, imagine instead what this can do for virtually any custom building industry.

These same robots could be deployed in the housing industry, manufacturing floor, and perhaps even building other custom parts in-house. Rather than 3D printing and having one ordered, send the AutoCAD drawing to the robot, it prints the part exactly where it is needed.