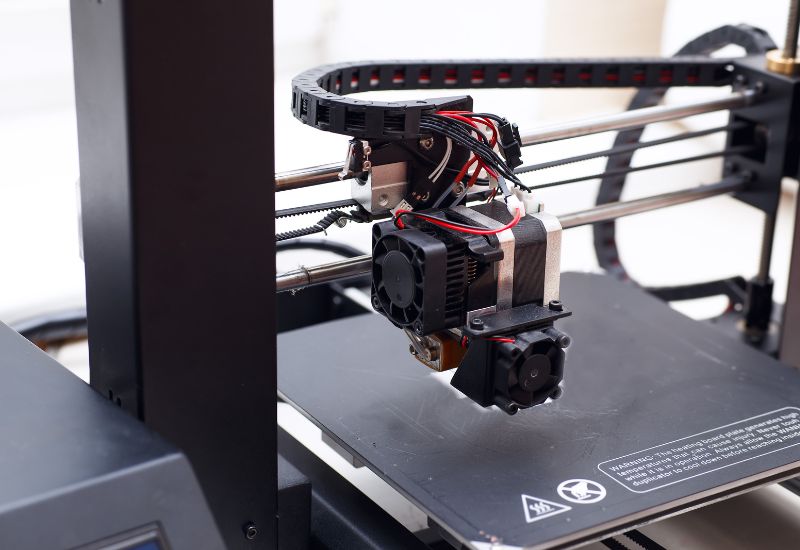 Gantry system 3D printers that print on a Cartesian plane are precise but also limited by a small range of motion. Image used courtesy of Canva

Also known as an additive process, a 3D printer is a machine that makes complex parts by adding material in very thin layers. Most 3D printers use a gantry system where three independent motors make up the three different axes of a Cartesian plane.

While this system is accurate and effective, it is also limiting. The maximum size of the printed part is dictated by the maximum travel of the motors that drive the extruder head. Larger printed parts can be made by increasing the area that the extruder head reaches. Many examples exist of large printers for applications such as construction automation, but the gantry system still restricts the range of motion. Luckily, there are already machines on the market that have a large range of motion and are very accurate: industrial robots. 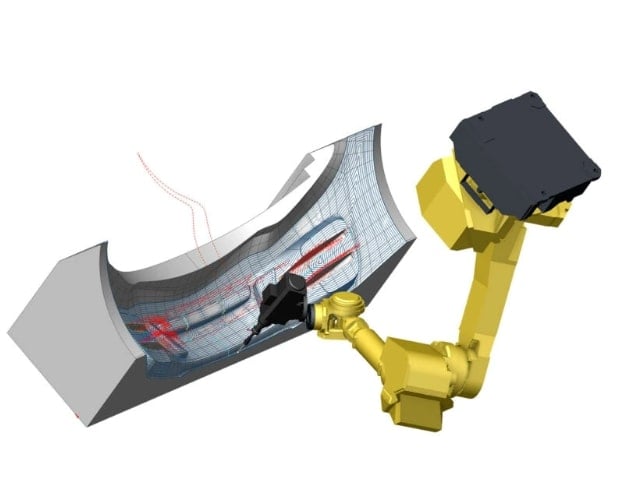 By attaching an extruding device on the end of an industrial robot, manufacturers can print larger objects than standard gantry system 3D printers. Image used courtesy of SprutCam

The BMW Group’s Landshut plant in Germany recently experimented with this concept in their lightweight construction and technology center. By mounting a material extruding device on the end of their in-house KUKA robots, BMW expanded their range of motion and axes beyond typical 3D printing systems. While BMW broadened their machining horizons, programming their KUKA robots to complete the task required new software solutions. An industrial robot might be mechanically capable of being a large 3D printer, but typical robot programming software doesn’t support the level of detail and complex movements that are required. 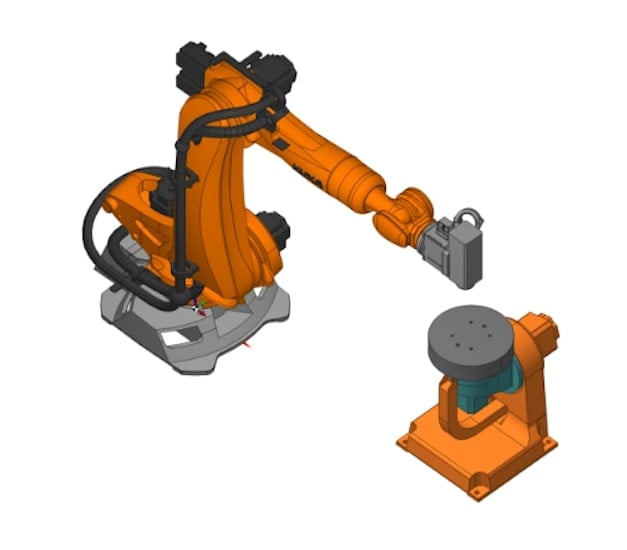 The problem of complex programming for 3D printing with industrial robots is relieved by the machining world. Computer Numerical Control (CNC) machines have been using software to program complex profiles for many years, and now, SprutCAM is offering a software solution for robotic machining/3D printing. Typical robot programming involves moving from point A to point B along a predefined path. Some robot manufacturers have software packages to help with dispense patterns or deburring profiles. SprutCam is a software company that specializes in 3D CAD/CAM software for controlling CNC machines, and most recently six-axis industrial robots.

Most 3D printers are contained within the envelope of the machine, but with industrial robots, having such a large working envelope requires that the robot will not crash or cause singularity issues. SprutCAM’s software maps out the robot's path in a virtual environment to ensure there are no reach or singularity issues during the material additive process or machining process. With SprutCAM’s software being able to simulate the robot path it can also simulate the entire robot cell with material removal simulation, or in the case of 3D printing, material adding simulation. SprutCAM is compatible with many popular robot brands beyond KUKA, including Fanuc, Staubli, ABB, and more.

Using 3D CAD/CAM software to work with industrial robots opens a world of possibilities for the industrial manufacturing sector. Industrial robots have a large range of motion and are extremely flexible when it comes to maintaining speed and position. Additionally, utilizing industrial robotics in 3D printing not only opens up the possibility of printing larger objects, but even printing with potentially hazardous materials. These characteristics make robots excellent candidates for large-scale 3D printing.