Nokia recently announced that their wireless networks are in use for over 120 industrial customers, providing real-world examples of Industry 4.0 in action.

Nokia continues to pave the way in Industry 4.0 with over 120 private wireless networks established with industrial customers. What are these private networks and why are they so crucial?

The Demands of Industry 4.0 and the Limitations of Wi-Fi

The next industrial revolution, Industry 4.0, is just around the corner. Some of the key driving factors behind Industry 4.0 are the advent of AI, machine learning, and the inclusion of smart devices.

For example, AI systems employed on an industrial level can be combined with many thousands of sensors plotted around a production line to make determinations on how to better improve productivity and predict potential failures.

Traditionally, cabled solutions such as ethernet have provided a low-latency, high-speed connection. But as electronics become cheaper, smaller, and more portable, getting all of these devices to talk to each other via hard-wired connections is largely impractical. This is where wireless technologies such as Wi-Fi become useful as they allow remote connectivity while being cheap and easy to deploy. However, the practical use of Wi-Fi in Industry 4.0 is quickly becoming an issue for a wide range of issues inherent to Wi-Fi.

Firstly, Wi-Fi is not designed to handle such a large number of simultaneous devices—a typical router has a theoretical maximum of 250 connected devices. While this is not an issue in everyday applications such as homes and offices, industrial environments may potentially employ many thousands of sensors.

The second issue with Wi-Fi is that it is not designed to be “hopped” with such that a device moving from one Wi-Fi network to another can take time (as much as a minute). This is highly problematic with automation, such as automated vehicles that need to move around a factory floor or transport goods between buildings while connected to the same network with minimal interference and low latency.

The third issue with Wi-Fi is its range and reliability. Wi-Fi is designed for short-range applications (typically up to 100 meters). Connection quality significantly drops with distance, presenting issues with reliability.

So, what are the other options? 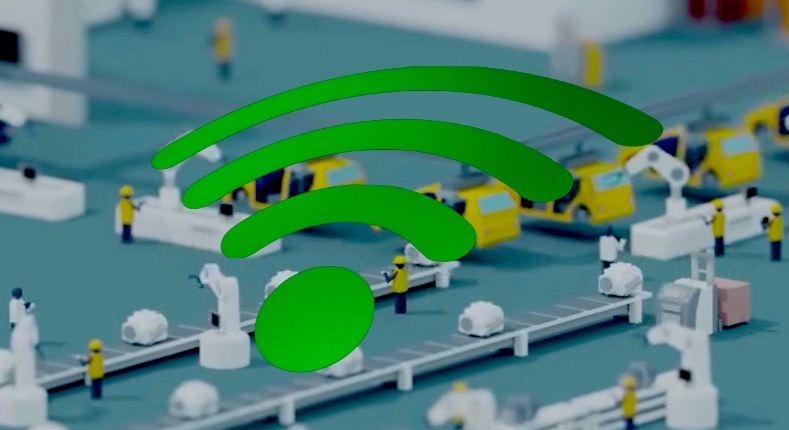 Made with modified images from Nokia and Christiaan Colen [CC BY-SA 2.0]

The Benefits of LTE for Industrial Automation

LTE, or Long-Term Evolution, is a wireless broadband standard that encompasses most mobile technology including 4G and 5G. While new Wi-Fi technology has comparable speeds, LTE offers other features not found with Wi-Fi.

The first and most important feature is the range of LTE with typical mobile transmission towers having a 5km radius coverage area.

Secondly, LTE can operate on a wide range of frequencies (mainly those lower than Wi-Fi) which can improve connection reliability (as longer wavelengths are less affected by obstacles and can diffract around objects).

Thirdly, LTE is a technology that is designed to allow devices to hop between neighboring cell networks. LTE cell towers do not have a defined maximum number of supported connected devices as this can be adjusted depending on the number of expected users. Multiple low-range cells, however, can easily be deployed and devices can move from one cell to the next without needing to renegotiate a complex protocol (whereas Wi-Fi has authentication and other time-consuming IP configuration steps).

But there has been one small problem with LTE: it has been a licensed protocol that could not be used by the general public. While individuals can own LTE devices that connect to mobile providers, only authorized businesses can mount and create LTE networks. This has now changed, however, as governments are releasing tranches of radio spectrum dedicated for private radio networks.

Nokia, a major mobile technology company, has paved the way for Industry 4.0 by deploying private radio networks to over 120 customers which include transportation, energy, the public sector, manufacturing, and many other industries. The aim is that, by bringing LTE-based technologies into industrial environments, productivity and quality can be dramatically improved with the advantages that LTE brings.

As stated above, Wi-Fi in industrial environments can work in some cases. With so many devices being integrated into modern industrial processes, however, the strain on Wi-Fi networks is becoming too great. Additionally, LTE provides advantages for devices that need to be truly remote (say, for environmental monitoring for remote locations). 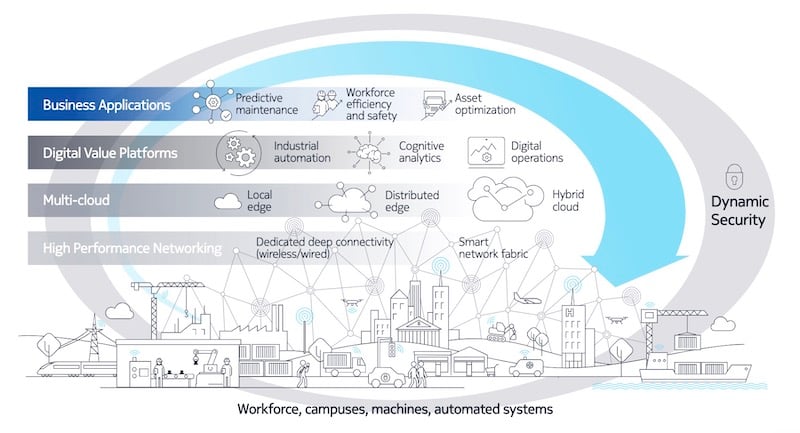 The network solutions offered by Nokia reportedly provide low-latency, wide-area coverage but also provide a highly secure platform. Unlike Wi-Fi, LTE-based networks have not been hacked successfully, making them a candidate for applications dealing with potentially sensitive data.

To further improve private networks and increase their potential, Nokia has teamed up with multiple technology companies including Microsoft, Globalstar, Hitachi Kokusai Electric, and Infosys.

Nokia has identified mining and automotive industrial applications as being targets of particular interest, though there are many other situations where LTE could have a leg-up on other wireless options.

Private networks based on LTE technology will seriously change the way that Industry 4.0 affects the world. While these technologies may not be currently beneficial for domestic use, an environment with many thousands of sensors and hundreds of automated systems working together will clearly take advantage of radio technologies that are highly secure, have low-latency, and offer high data rates.