Users can mount the FH-SMD Series 3D Vision Sensor on a robot arm to identify randomly placed automotive parts in three dimensions. This sensor may enable space-saving assembly, inspection, and pick and place operations and is designed to improve productivity.

After installing the arm, the new sensor can be adjusted to change the viewpoints and recognize different parts. OMRON claims this may reduce blind spots and providing accurate detection. 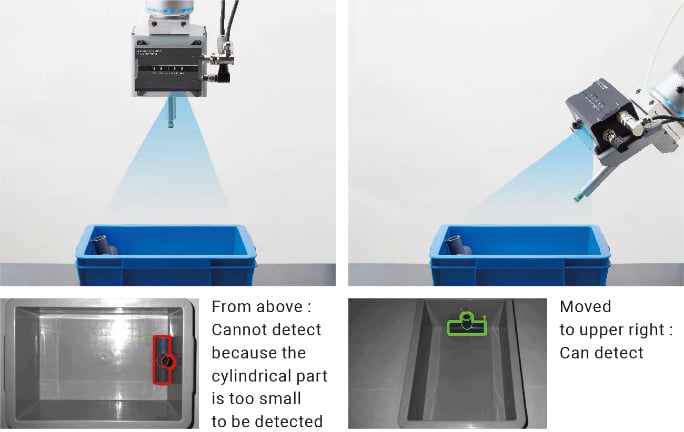 The FH-SMD Series part detection has a reported detection time of roughly 0.4 seconds regardless of the shape and location. The newly developed 3D measurement technology is part of OMRON’s manufacturing innovation concept called "innovative-automation” and focusing on bringing innovation to manufacturing sites through three key innovations.

These are respectively "integrated" control evolution, "intelligent" development of intelligence by ICT, and "interactive" new harmonization between people and machines. The combination of the FH-SMD Series sensors with autonomous robots sits at the center of the innovative-automation project.

OMRON encourages the further creation of "interactive” manufacturing sites, both independently and through its client companies.

The FH-SMD Series has a very small footprint of 110x53x77mm and weighs only 0.6kg. It does not require big mounting equipment and, with an installation distance of WD:400mm, can generally fit in most layouts without major changes. 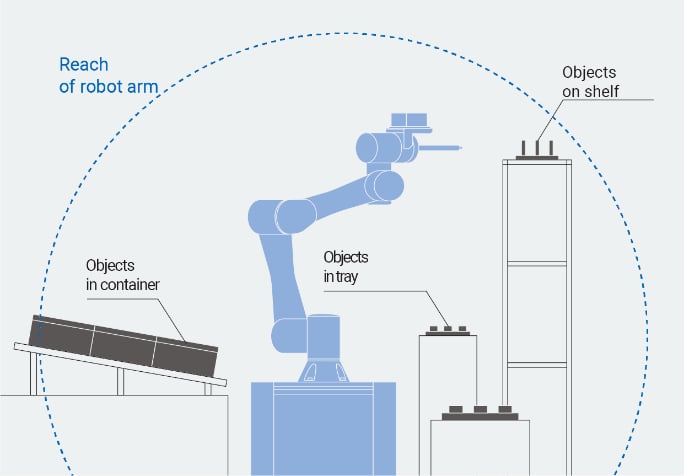 A diagram showing the inner workings of the robotic sensor in application. Image used courtesy of OMRON

The sensor’s high-speed detection is accomplished via 3D measurement technology that creates 3D shape images and can recognize the position and orientation of target objects. The camera can also change the viewpoint to detect parts at high speeds, thus reducing blind spots for objects with particularly complex shapes.

The FH-SMD Series features GigE (1000BASE-T) transmission, 21.6 to 26.4 VDC (24 VDC±10%) voltage, and current consumption of 2A. It can be set up via a Wizard guide guiding users from picking application to camera setup and calibration.

As manufacturers face pressure to automate processes relying on experienced human workers, they also need to create automated environments that are safe to navigate. 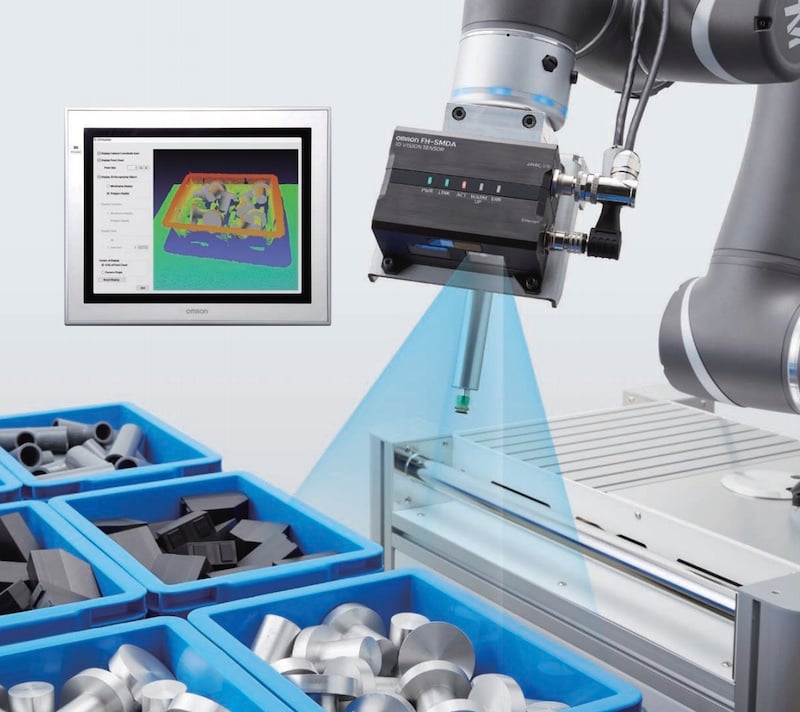 The new OMRON sensor being used in inspection applications. Screenshot used and modified courtesy of OMRON

Various industries rely on sensors to circumvent the issue. This is particularly true for automotive manufacturing, where machines need to recognize positions and postures of parts that are often complex in shape.

What do you think about the FH-SMD Series and Omron’s innovative-automation vision?