While features such as Safe Torque Off and Safe Stop allow a system to come to a complete halt, not every safety situation requires a machine to switch off completely. 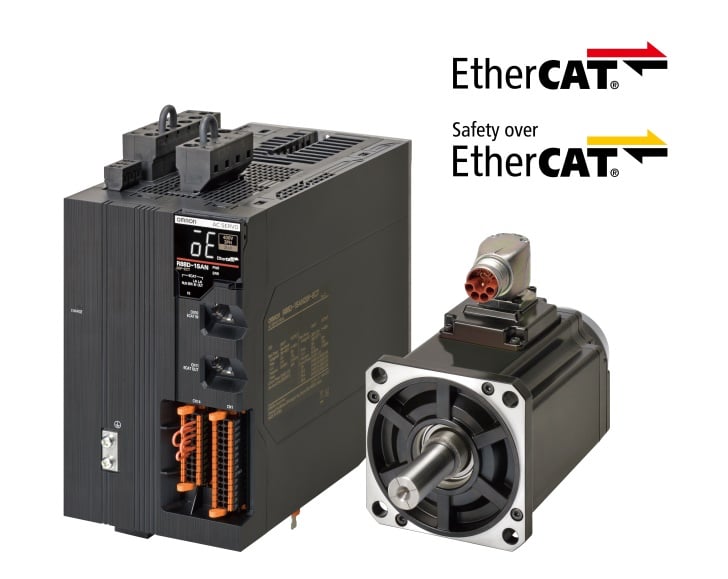 For example, the Safety-Limited Speed mode reduces the motor’s speed to a safe range defined by the operator. This could help slow down robotic arms when work is detected within the safety-zone but wants to observe the system operating to determine if there is a glitch.

Another example is the Safe Direction mode. Some scenarios may allow a machine to operate in one specific orientation while a worker is nearby, meaning the machine can only operate in this direction.

The motor’s physical features include a power supply of either 200VAC or 400VAC, motor capacities between 200W and 3kw, and rotational speeds of 1,500RPM to 3000RPM.

All motors in the range provide IP67 protection, utilize battery-free absolute encoders, and provide position control, velocity control, and torque control. Communication with the new range of servo motors is done using the industrial standard EtherCAT system. The range of servos can be used with all common industrial control units such as PLCs.

The motor and its different safety modes combine with OMRON’s automation environment, Sysmac Studio. Such a setup can create an intelligent workplace that maximizes productivity and control using an automated environment. 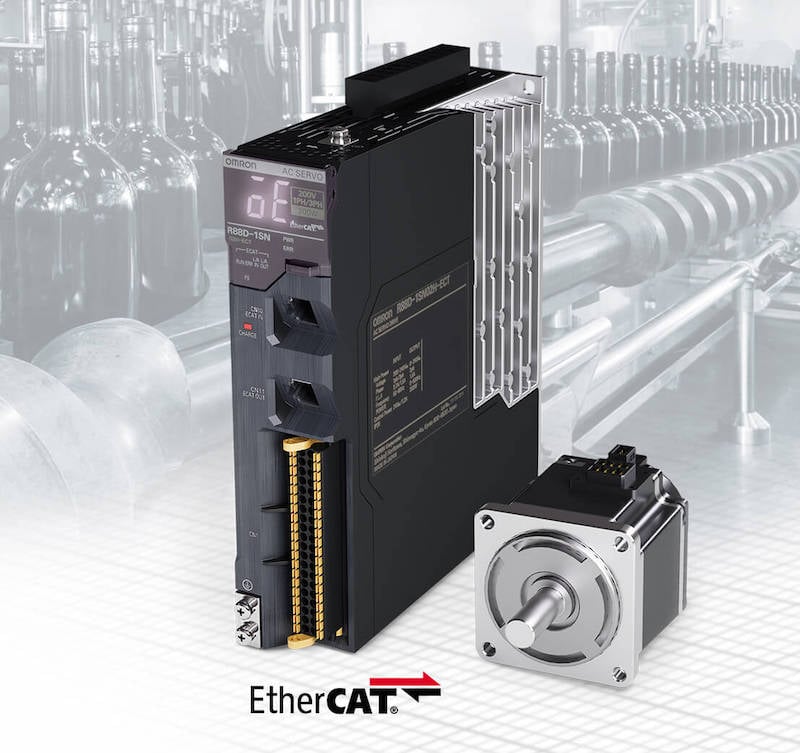 As previously stated, machinery can intelligently adapt themselves depending on nearby workers’ presence to continue operation. Simultaneously, the use of a single combined platform allows for enhanced flexibility and safety operations.

New Servo Motors in Many Sectors

OMRON’s new range of AC servo motors targets many industrial applications, including those involved with digital, food, and pharmaceutical industries. These industries all require workers to be close to machinery.

For example, many pharmaceutical systems deploy robotic heads and arms that work in tangent with laboratory experts who monitor their operation.

Omron intends for these motors to be a feasible solution used in various industries and applications.