RE2 is supplying automated equipment to the Air Force to support their Rapid Airfield Damage Recovery (RADR) robotics system.

RE2 has spent more than 20 years as an automation company that develops robots to perform tasks that would otherwise be dangerous to humans.

They specialize in robotic arms, control systems, and autonomous systems in the medical, aviation, and defense industries. They are a spin-off from Carnegie Mellon and are now based out of Lawrenceville, PA.

The RADR project is geared towards repairing an airfield after it has been damaged. This is especially important in hotspots, where air support is required as quickly as possible. Yet, the airfield is still subject to air raids or attacks. 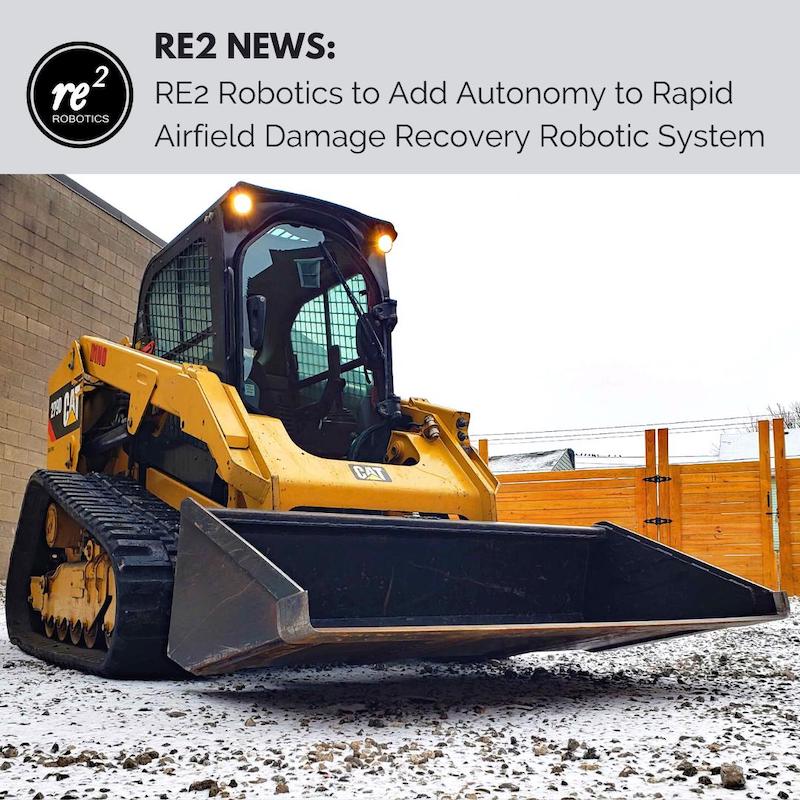 RE2 integrates its RADR-A system into a Skid Steer. Image courtesy of RE2.

Suppose there is an airstrip in a battletorn area. It has been attacked by a foreign enemy and is no longer suitable for aircraft takeoffs and landings.

Without RADR, a repair can be a time-consuming, costly and dangerous project. It requires construction, machinery, and able-bodied people to perform the repairs all under threat of a repeat attack.

RE2 is currently developing drop-in modules for automating construction machinery, such as the skidsteer shown in the image, that can be operated remotely. Instead of risking people’s lives, by placing them back on the airstrip, these automated construction machines can perform the repairs.

This system is designed to retrofit existing construction machinery instead of purchasing all-new hardware.

RE2, with its experience in creating “human-like” arms, aims to simplify retrofitting. 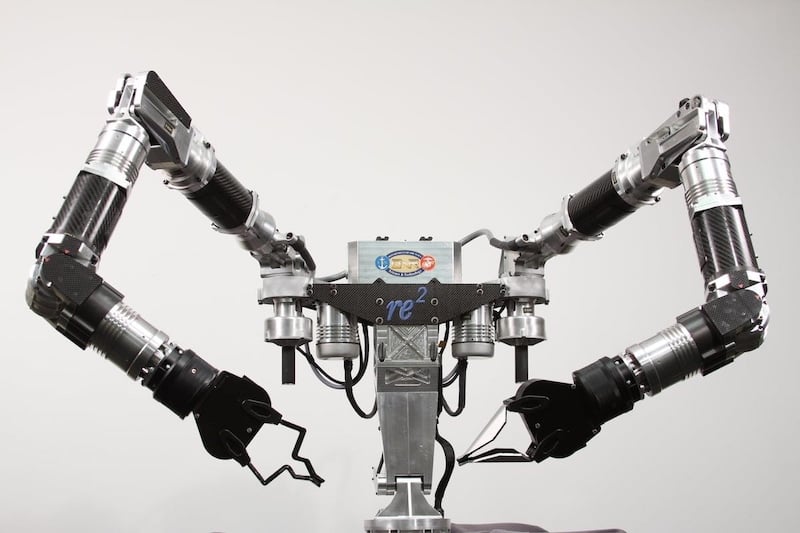 RE2 robotic arm. Image courtesy of RE2.

Jorgen Penderson, President and CEO of RE2 says, “These advancements to the system will allow RE2 to expand its toolset for the autonomous guidance of robotic arms, including its offerings in artificial intelligence technologies. This drop-in technology would also apply to commercial markets and allow companies to automate existing manned vehicles without the expense of purchasing new assets.”

The systems from RE2 goes a step further. Rather than being a remote control bulldozer, they have added some autonomy to the construction equipment.

While this may seem like some futuristic wish-list, some existing RADR equipment was used to clean up the runways at Tyndall Air Force Base in 2018, after being impacted by Hurricane Michael. The RADR-A (where “A” is for autonomous”), the Air Force, and RE2 hope to expand upon this system, adding autonomy to the construction equipment.

RADR-A shows promise for quick, safe airfield repairs. This may be possible through RE2’s developments in autonomous control and robotic manipulation.