Electronics manufacturer Royal Circuits, has started the production of PCBs to be utilized in ventilators.

The news comes amidst the increase in global cases of COVID-19, in the hope more ventilators could mean more saved lives.

Royal Circuits started producing the PCBs after healthcare and biomedical engineering company Medtronic requested them for their Puritan Bennett (PB) 840 and 80 ventilators.

Royal Circuits specializes in the production of circuit boards for the healthcare and aerospace industries.

Its rigid, rigid-flex, and flexible printed circuits have been developed as a result of over 30 years of business, and the company is known for its quick-turns for prototypes and low-volume production orders.

According to its website, the California-based company would be producing 15,000 monthly PCBs in the U.S. alone.

A recent report from the Society of Critical Care Medicine has estimated that up to 960,000 Americans may require ventilatory support due to the coronavirus emergency.

On the other hand, February figures from the U.S. Center for Health Security placed the number of ventilators available in the US around 160,000.

“Without a significant ramp-up in medical device manufacture, people will die. Nobody wants that," Mark Hughes told Control Automation.  In order to bridge this gap, some U.S. companies have increased their production ventilator parts.

Unfortunately, only a handful of about 100 domestic PCBs manufacturers on American soil are medically certified to produce PCBs for the healthcare industry.

"Medical devices have to work correctly 100% of the time. Failures cost lives. So there's only a handful of domestic PCB fabricators that are even certified for medical devices. We happen to be one of them," Hughes said.

When asked what are the criteria companies should respect to fit into this category, Hughes explained it has to do with the IPC Class 3 manufacturing standards of the PCBs for respirators.

"IPC Class 3 is the highest manufacturing standard for printed circuit boards. It specifies a wide array of target criteria we have to meet during manufacture.” Hughes explained that If a particular board does not meet the standards, it gets immediately discarded.

“It's a tough target to meet, and some manufacturers are simply not able to.  But we've been making boards for 30 years, and we're very good at it." The company is now be working actively to produce as many PCBs for ventilators as possible.

“We started producing circuit boards for Medtronic earlier this month,” said Victor Hemingway, COO of Royal Circuits. “We now have three shifts of engineers and production-line employees making the circuit boards and assembling parts that control the ventilators. Our employees know they are doing something important.” The COO then proceeded to explain the production process behind the ventilators’ PCBs.

“It’s a pretty amazing process. We start with sheets of copper-foil and fiberglass, apply some chemicals, light, heat, and time and end up with a product that has the ability to save a life,” Hemmingway concluded.

“Our employees are beyond amazing. They are working around the clock. They are coming in on weekends, trying to keep pace of deliveries that Medtronic’s needs”, said Milan Shah, President and Chief Executive Officer of Royal Circuits.

When asked about how long they plan to continue producing PCB’s for Medtronics, Shah said, “I think we see this continuing for at least the next three to four months for sure. By that time, we’re hoping that some of the countries will have gotten past the crisis mode and have some level of normality again.”

Several industries are experiencing material shortages due to the COVID-19 global emergency. With social distancing regulations becoming stricter and stricter in an increasingly high number of countries, products’ shipping has also been slowed down, causing disruptions at different levels of the supply chain.

A recent report from IPC confirmed this trend and estimated that electronics manufacturers may experience delays of up to three weeks from their supplier as a result of COVID-19. To tackle this crisis, manufacturers should have stocked up in the early stages of the emergency, Shah explained, and that is what Royal Circuits did.

According to the president, the production facility where PCBs for ventilators are being built would be less than a year old and stocked with the latest machinery, hardware, and production methods.

The facility would also have a warehouse full of copper-clad cores and prepreg on hand, for over $1 million in laminate inventory including exotic materials. Because of this, Royal Circuits was able to start PCBs production as soon as Medtronic sent them the design files.

Royal Circuits was not the only company Medtronic shared their designs with. The company has made this information available to the general public to help fill the global demand.

Medtronic has shared not only their full design specifications but also product manuals, design documents and, in the future, software code. 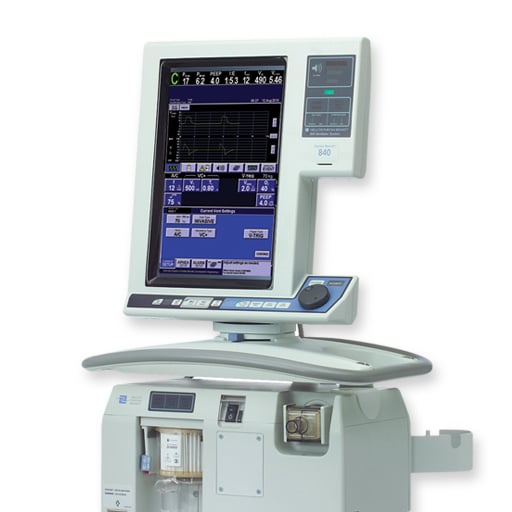 The PB 560 is a compact, lightweight ventilator that was firstly introduced in 2010. The fact the company has opened the design means they will not profit from any applications others might devise for them.

The PB 560 license Medtronic is offering, however, is not exactly open-source, as it is only going to be available until October 1, 2024, or alternatively when the World Health Organization will declare the COVID-19 emergency over.

Still, the move shows that Medtronic, like many other industrial automation manufacturers, is setting aside profit priorities to help the world overcome this crisis.

What is your company doing to lend a helping hand during the COVID-19 pandemic?