Schweitzer Engineering is headquartered in Pullman, Washington, USA. The company has over 100 offices and more than 5,000 employees worldwide. In early January, Schweitzer released its new SEL-3350 Automation Controller and optimized its Time-Domain Link (TiDL) technology solution.

The SEL-3350 was designed to be compact, flexible, and low-cost. It can be used for dedicated embedded applications requiring mid-level I/O and computation. The device has a 1U form factor, so it can be used when there is limited space.

The controller can be ordered and configured to suit various computer operating systems, including Microsoft Windows 10 internet of things (IoT) Enterprise, Windows Server, and Linux drivers for Ubuntu, CentOS, and Red Hat.

The option to choose between a real-time automation controller (RTAC) and Blueframe operating system will become available to users in 2021’s first quarter. Intelligent electronics device (IED) settings can be viewed and changed, as can report and event data.

Additionally, not only can diagram drawings and documents be accessed onsite, but the SEL-3350 can also be accessed securely from a remote location through a Microsoft Windows Remote Desktop, a virtual private network (VPN), or Secure Shell (SSH). 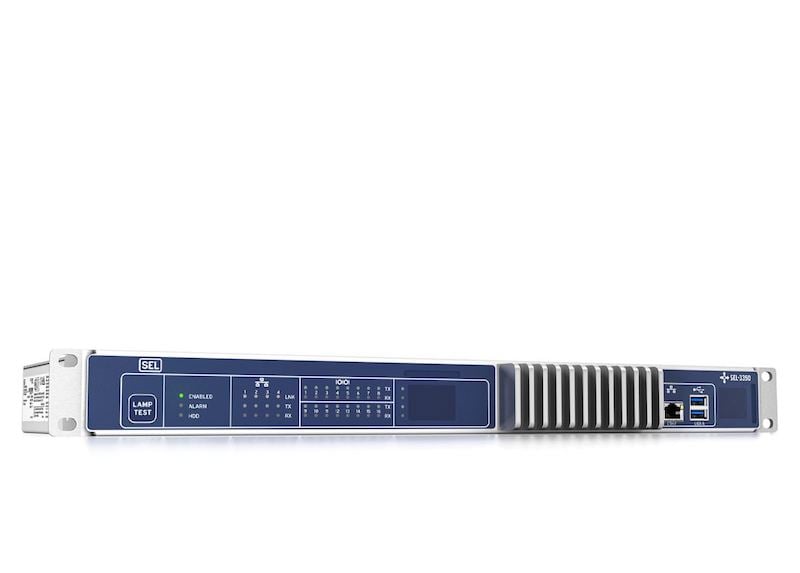 The device features a passive thermal management system and a wide temperature range, meaning the SEL-3350 controller can withstand harsh environments where off-the-shelf computers would fail to function. An error-correcting code (ECC) memory and single-level cell (SLC) solid-state drives (SSDs) have been incorporated into the SEL-3350 to help provide reliable operation in such harsh environments.

For greater protection, a conformal coating can be bought with this device to protect against extreme conditions and airborne contaminants (e.g., hydrogen sulfide, chlorine, salt, and moisture).

Schweitzer released the new SEL-TiDL Merging Unit (TMU) alongside the SEL-3350 Controller in January. This unit combines data sharing, cybersecurity, and protection in one point-to-point digital secondary system. The solution improves safety by taking away high-energy cables from the control house.

The SEL-TMU only needs a single direct fiber connection to a TiDL relay in a control house. No switches or routers are required. 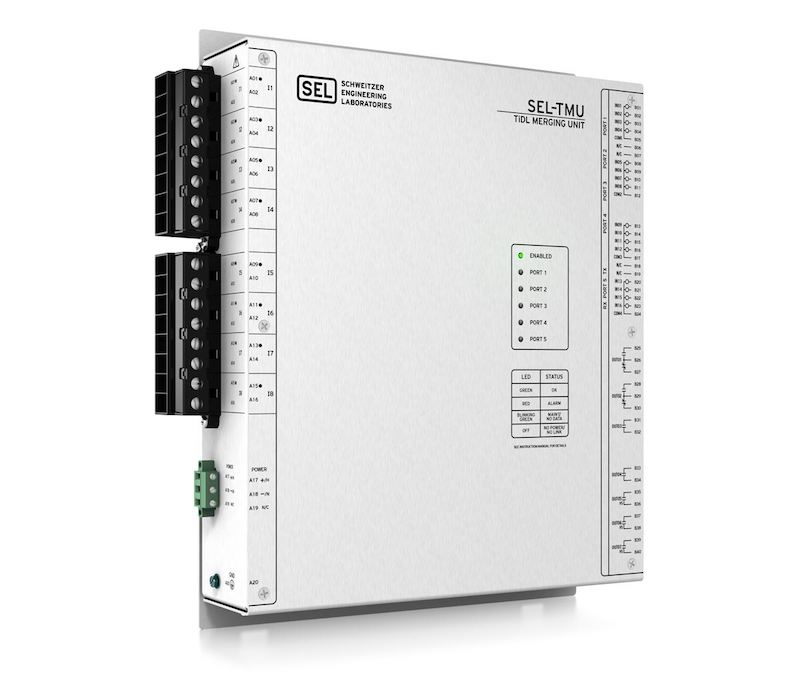 The SEL-TMU remote acquisition device is designed to be used in an SEL-TiDL technology system. Image used courtesy of SEL.

The merging unit can digitize analog signals into direct fiber communications. Power system data along with embedded time synchronization can be transported over a fiber-optic cable to an SEL-400 series TiDL relay in the control house. With the ability to transmit data to four TiDL relays, a protection system with a customized topology can be designed.

The stream of data from the SEL-TMU is automatically and independently synchronized to each connected relay, which removes the need for an external time source. The TiDL has an isolated network architecture providing customers with deterministic communications and a more cyber-secure system.

Both the SEL-3350 and SEL-TMU can be utilized for more efficient, safe, and secure monitoring, information, and data exchange within control and power systems.