Named Discovery, the platform is an all-in-one sensor and software solution officially unveiled on January 7. The move represents the first entry of Seoul Robotics into the US market.

Over the last several years, the company has specialized in advanced LiDAR perception software for self-driving cars.

However, Seoul Robotics’ website clarifies that its SENSR (Smart 3D Perception Engine by Seoul Robotics) can be utilized in various other applications, including V2X communication, traffic safety, retail analytics, smart cities, and more. The 3D computer vision company has raised $6.1 million in funding from KDB Capital, Artesian VC, and others.

Seoul Robotics’ headquarters are located in the Korean capital, but the company has two branches in Michigan, U.S., and München, Germany.

The technology behind Seoul Robotics’ new Discovery platform is based on its sensor agnostic perception software SENSR. The solution supports more than 70 different types and models of 3D sensors, and is compatible with several functions from basic tracking and monitoring to autonomous mobility.

The company believes LiDAR and 3D sensor data have been underutilized outside the automotive industry.

Seoul Robotics focuses on how LiDAR is designed and used for autonomous vehicles. Other core functions of LiDAR, such as mapping, tracking, and identification, lend to a multitude of other industries and applications.

Discovery is the first product by Seoul Robotics that enables 3D sensors to become IoT devices by merging hardware with SENSR capabilities. Lee hopes to create the world’s most advanced software for 3D sensors by applying deep learning with their patented 3D computer vision technology.

This, in turn, should foster LiDAR applications and improve the technology’s use worldwide and to new industries, facilitating a more intelligent, mobile, and safe world.

By releasing Discovery, Seoul Robotics now intends to simplify the implementation of LiDAR technologies, as well as lower the entry requirements for organizations wanting to implement 3D data insights into their systems. 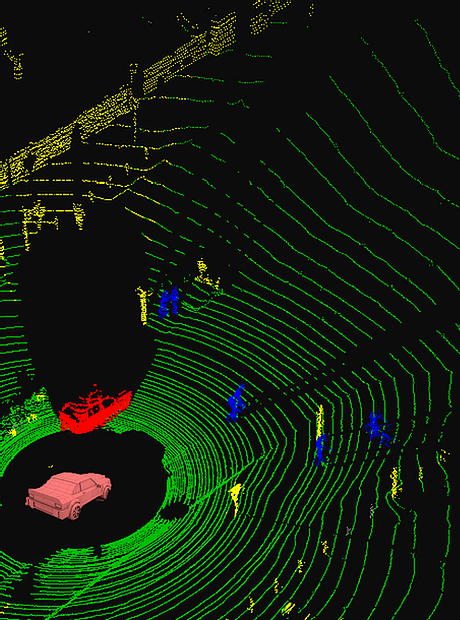 This is also achieved thanks to the Discovery platform being sensor agnostic, and can thus be utilized with robotic hardware by various manufacturers.

Moreover, the product is customizable and comes equipped with everything in one package, creating an intuitive plug-and-play experience for anyone wanting to start working with LiDAR-based solutions. Looking forward, Seoul Robotics has several projects currently in development with Departments of Transportation, airports, retailers, and more.

The company is also showcasing its latest developments at CES 2021, and you can check their digital booth.