Eureka Robotics is a tech spin-off of Nanyang Technological University (NTU) in Singapore. NTU is a leading technology university and focuses on the research and development of industrial robots.

High accuracy, high agility robotics have always been in demand if done successfully. Robots with the capability to “feel” what they are doing have many benefits in the automation industry. The company is hoping their product can help to replace human hands in many different scenarios.

Eureka has created a software package that claims robotic dexterity capable of replacing human hands in many scenarios. The company calls the software Dynamis and hopes to greatly improve the ability and efficiency of robotic movement with its use. 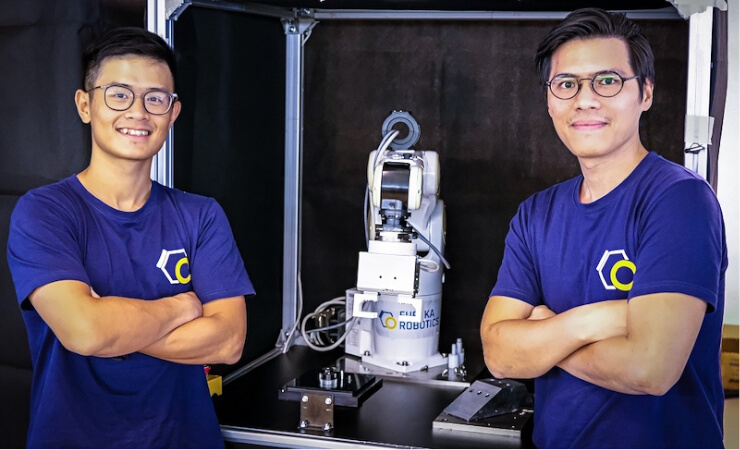 Eureka has run different tests to showcase some potential benefits of the new technology. They have used robots to pick up glass lenses, tiny automotive gears, and fragile electronic components. The system can complete many tasks previously only possible with human hands.

NTU scientists first developed the force feedback technology used by Eureka. The technology was used to assemble a chair from IKEA. The robot was called the “IKEA Bot,” and the technology has since been refined and further developed by Eureka Robotics.

The IKEA Bot was published in the scientific journal Science in 2018. Since then, a video showcasing the robot assembling the IKEA chair has gone viral across the internet.

NTU Associate Professor Pham Quang Cuong, Co-founder of Eureka Robotics, said they have since upgraded the software technology. Denso Wave, a market leader for industrial robots, will make the technology available to manufacturers and companies looking to invest in the technology.

Denso Wave is part of the Toyota Group and has a global presence in robotics and automation. Companies that have recently purchased robots sold by Denso Wave will have the option to add the software to their package. It will come as part of their force control system.

Force controllers are added to the wrist of robots to monitor forces acting on the end of arm tool (EOAT). The package will help monitor the robot to ensure enough force is applied to complete the job correctly, but not so much force that the robot damages the product.

Mastering “touch sensitivity” and dexterity like human hands has always been the holy grail for roboticists, says Assoc Prof Pham. Compared to robotics currently on the market, the Denso Wave, equipped with Dynamis, can be up to 8 times faster than current robotic systems.

Eureka hopes to improve robotic dexterity with their new technology, Dynamis, making them more human-like. With the ability to “feel” what they are doing, robots will hopefully complete tasks previously only possible for human hands.

Using the technology has the benefit of robotic repeatability with near-human dexterity. This system could greatly improve product quality control and improve employees' work conditions by replacing them with mundane, repetitive tasks.