Teledyne Lumenera announced their latest 20 Megapixel camera into their LT series for inspection and imaging-related processes.

What is the LT Series?

The LT series cameras utilize USB3 connections in continuous applications. The cameras use image sensors developed by Sony, and their megapixel count varies between 2 to 20.

The LT series integrates a range of industrial applications features, including a global shutter, rolling shutter, high sensitivity with back illumination, pixel sizes between 2um to 3.45um, high dynamic range, and high-speed capabilities. All cameras in the LT series come with a 3-year warranty and Windows OS and Linux SDKs.

The smallest camera in the series, the LT-C1610 and LT-M1610 are color and monochrome (indicated by the C and M part of the name). They have a small resolution of 1.7MP and a resultant maximum FPS of 96fps. The mid-range device, the LT-C3200, and LT-M3200 have a greater resolution of 7.1MP with a maximum frame rate of 50fps.

The LT-C/M5500, like its predecessors, integrates a USB 3 connector designed for rugged 24/7. These cameras and come in both color and monochrome variants.

The new camera also has an integrated region of interest (ROI) option that allows the user to increase the frame rate by cropping the output image to a specific region. This can be extremely useful in applications where the camera is mounted at some distance, but only a small area of the camera’s visual field is required. The output data from the camera can further be conditioned with selectable 8 or 12-bit pixel data.

The LT-C/M5500 can mount things easier due to its small profile of 45mm x 45 mm 4 36.1mm. Locking industrial micro USB connections for power and control helps strengthen the design and increase reliability.

Imaging is Expanding Beyond Basic Inspection

The new camera utilizes Sony imaging technology. One technology in particular that stands out is the back-illuminated sensor. 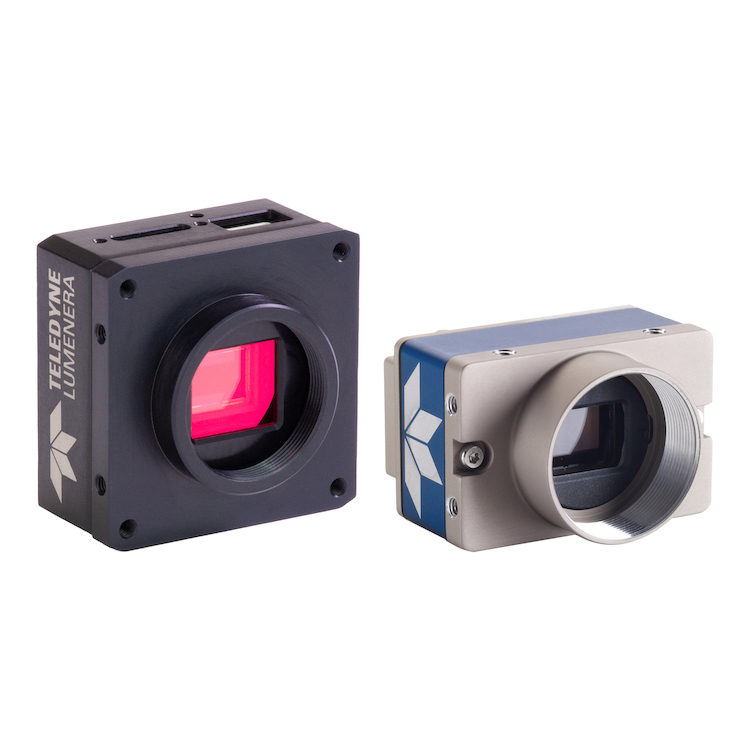 Most image sensors are built using the same laser technology as semiconductors, but since pixel sensors are found in the semiconductor layer, light entering the camera has to go through the metal layers first. This causes some of the light to be absorbed and lost to the camera, affecting the camera's low-light capabilities.

These new cameras may be useful in various applications, including AOI. AOI allows a computer to determine if the process is operating correctly or the product meets standards. An AOI can be thought of as a robotic worker who performs visual inspections.

Imaging technology is expanding beyond basic inspection. Cameras tied to AI and robotic systems can start to make decisions with tasks they perform to improve both the quality of their work and the speed.

Teledyne Lumenera is hopeful their new camera series will aid engineers and operators with industrial inspection and imaging applications.