The Aftermath of the Keystone Pipeline Decision: What are Partners and Industrial Organizations Doing Now?

The Aftermath of the Keystone Pipeline Decision: What are Partners and Industrial Organizations Doing Now?

It’s been two months since the Presidential Permit for the Keystone XL Pipeline was revoked. The Keystone may never move oil, but the impacts remain with pipes and infrastructure still in tact.

As one of his first acts in office in January, President Joe Biden removed the presidential permit that allowed the Keystone XL pipeline construction to happen. This pipeline has been a political hot potato since 2008, when TransCanada (now TC Energy) began the preliminary work of constructing this pipeline.

President Obama denied their permit, citing environmental concerns, but then President Trump issued the presidential permit that allowed them to move forward.

This week, 21 states announced they're suing President Biden and members of the Biden administration for revoking the Keystone XL pipeline permit. These states, along with many industrial companies, manufacturers, environmental organizations, and oil and gas associations have been affected by this decision.

What is the Keystone Pipeline?

The Keystone XL Pipeline is designed to transport tar sand oil from Alberta, Canada, through the Great Plains to the oil refineries along the Gulf Coast. The pipeline itself was designed in two legs. The longest leg was to extend from Alberta into Oklahoma and is the incomplete part. 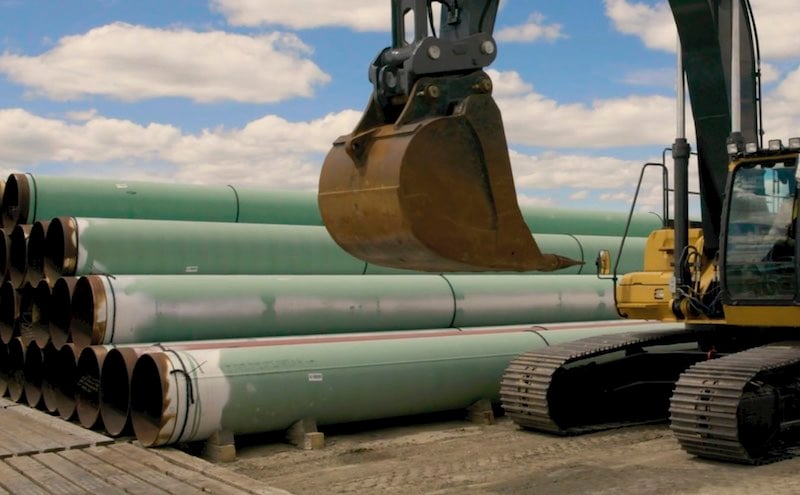 A photo showing some of the pipeline infrastructure along the Keystone Pipeline route. Screenshot used and modified courtesy of TC Energy and the Keystone XL Project

The shorter leg, which runs from Cushing, OK, to Port Arthur, TX, has already been completed. This leg would shortcut an existing pipeline, increasing the speed at which tar sand oil can flow from mine to refinery.

There are many government associations and organizations involved in some part of the Keystone pipeline project. Mentioned below are a few of the major partners and how they are moving forward after the decision.

According to a TC Energy press release, the decision to stop the pipeline was a big disappointment and will impact thousands of jobs and local economies.

A spokesperson for TC Energy said the company is still doing well and will continue to invest in long-term energy projects. They added that their “network of irreplaceable energy infrastructure will be used extensively for decades to come.”

The National Resource Defense Council (NRDC) has long opposed the pipeline. Their website claims the organization has 3 million members, including 700 scientists, lawyers, and public activism experts. They argue that the tar sands are the “world’s dirtiest fossil fuel” and should not be used at all as a fuel source. 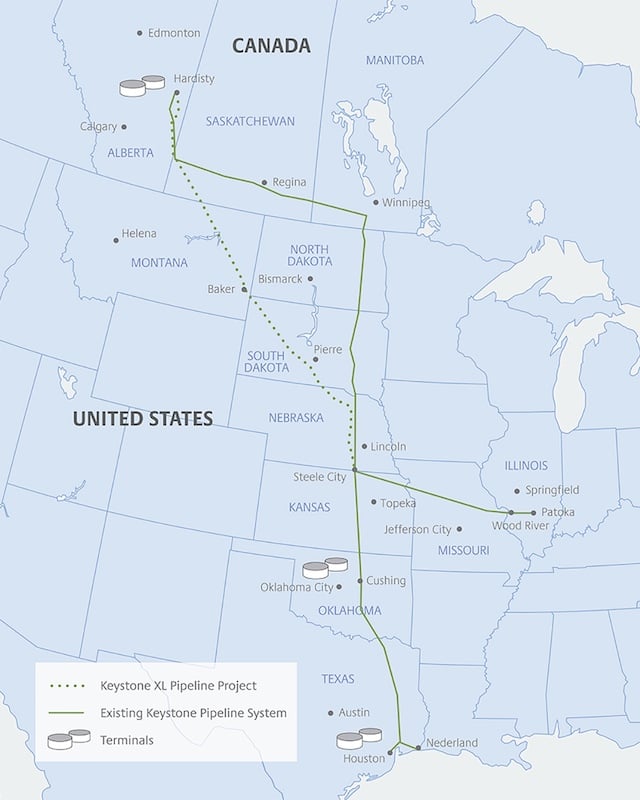 Furthermore, they argue that because pipelines are known to leak, they present an extra hazard to the environment along the pipeline route, which transverses the Ogalala aquifer, the most important water source for much of the Great Plains.

However, this battle is not so clear-cut. Canceling the pipeline without reducing the demand for oil means that these tar sands may need to be transported by rail or truck, which may not be nearly as energy-efficient.

The Association of Oil Pipelines (AOPL)

The Association of Oil Pipelines (AOPL) released a statement expressing their disappointment in the decision to revoke the presidential permit.

The AOPL represents the interests of the pipeline and petroleum industries, working closely with engineers, lawyers and policymakers at the Pipeline Research Council International (PRCI) and the National Transporation Safety Board (NTSB). According to the AOPL, canceling the pipeline could cost around 10,000 jobs immediately, most of which were union pipeline workers. This could mean approximately 2.2 billion dollars from these workers.

The AOPL believes the trickledown effects will reach dozens of suppliers and manufacturers, costing jobs there as well.

The National Association of Manufacturers (NAM)

The National Association of Manufacturers (NAM) has expressed their disappointment in the decision to cancel the pipeline as well. NAM represents around 14,000 member organizations involved in various manufacturing industries. 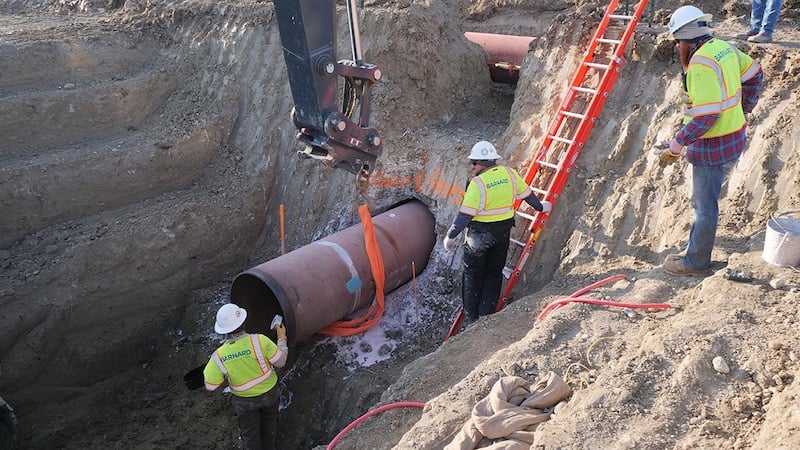 Workers doing construction on a segment of the pipeline. Image used courtesy of TC Energy and the Keystone XL Project

They also believe that the project will be net-zero emissions and is also on track to be operated entirely by renewable energy by 2030. NAM claims that canceling the pipeline will defund renewable energy projects.

The tar sands produce more than just gasoline—they produce jet fuel, propane, rural heating oils, and chemical stock for many industries. Not only will the price at the pump increase, so will heating costs and consumer goods.

Tar sands can supplement the market and promote energy independence from the OPEC nations, potentially keeping the prices more stable. The battle for this pipeline is long from over. As long as there is an oil demand, there will be industries investing in pipeline infrastructure to deliver it.

In addition, there will always be environmental activists who put efforts towards stopping pipeline infrastructure initiatives.

There are many lingering questions involved with this decision. What will happen to the existing infrastructure? Where will all of the scrap metal go? What are manufacturers doing now? What environmental implications are there to consider? Will oil ever run through the pipelines?

Control Automation will be reaching out to more companies and organizations affected by the decision. Stay tuned for more on this ongoing topic.