What Can We Expect from Industrial Automation Startup HaiLa in 2020?

What Can We Expect from Industrial Automation Startup HaiLa in 2020?

The company is headquartered in Montreal and has dedicated itself to reducing carbon emissions in industrial automation facilities through the use of its IoT and IIoT solutions.

HaiLa, previously known as Wavelite, is a Canadian automation startup founded in 2017.

In late 2019, HaiLa won the annual Nokia Open Innovation Challenge with its unique industrial IoT solution that reduces hardware and integration costs as well as carbon emissions in industrial facilities.

Haila’s victory at the challenge (beating out over 200 other startups from across the globe) is a big victory for green initiatives in the automation industry and comes at a crucial time for startups and industrial giants alike that have dedicated themselves to environmental consciousness in their sectors in 2020.

Who is HaiLa? Inside the Industrial Automation Startup's Technology

In recent years, we’ve begun to see an increasing amount of carbon-friendly initiatives in industry 4.0, with HaiLa’s victory at the Open Innovation Challenge showing us that this new vision can make its way onto the big stage.

Other major players in the industrial automation and control sectors are also operating in this space, such as Schneider Electric and their EcoStruxure platform, which also reduces hardware cost and overall carbon footprint over traditional IoT architecture. 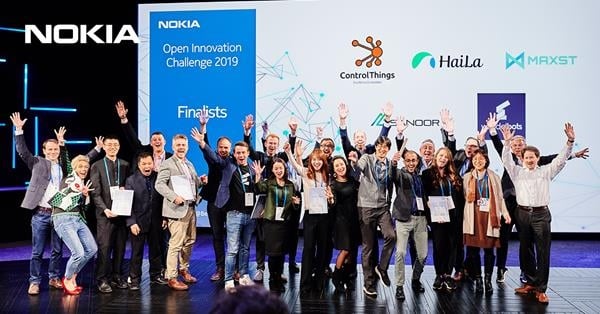 Nokia's open innovation challenge is an international competition that allows startups in the industrial automation sector to compete against one another. Contestants products and services are then judged by a series of international juries, which choose the most innovative automation solutions from competing startups around the world.

Once the finalists have been chosen, the competition culminates in a final event at Nokia's global headquarters, where an executive jury chooses the winner from all remaining finalists. The most recent victor, HaiLa, won the opportunity to collaborate with Nokia to bolster its 5G network architecture for industrial IoT.

Upon winning the award, HaiLa has been furthering its efforts in reducing the overall carbon footprint over traditional IoT architecture.

HaiLa's technology aims to reduce industrial IoT power consumption by allowing devices in the network to transmit their data via pre-existing ambient waves.

The technology also allows transmitted signals in a network to be reused with the new, modulated data transmitted on top, effectively causing new information to "hitchhike" on old waves.

This solution completely removes the need for dedicated transmitters in a facility, reducing integration time and costs, as well as the power consumption for IoT networks.

However, power saving is not the only benefit of HaiLa's industrial automation solution. The company is also focused on creating sustainable communication and networking in industrial facilities.

Upon learning her company won the Open Innovation Challenge, the company's founder, Charlotte Savage, thanked Nokia for the "incredible opportunity" they provided and went on to say that the company is looking forward to working with Nokia to be "at the forefront of carbon emission reduction."

What other industrial automation startups are making headway in 2020?