Yaskawa Motoman is a leading industrial robotics company based in the U.S. Recently, Yaskawa Motoman attended the Automate 2022 show on June 6-9, 2022 in Detroit, Michigan to showcase its latest technologies. The company exhibited its six-axis HC10 and HC20 robots for collaborative welding, Smart Pattern extension for handling tasks, Smart Pendant software version 2.1, and a rather endearing high-speed bot called MotoMini. 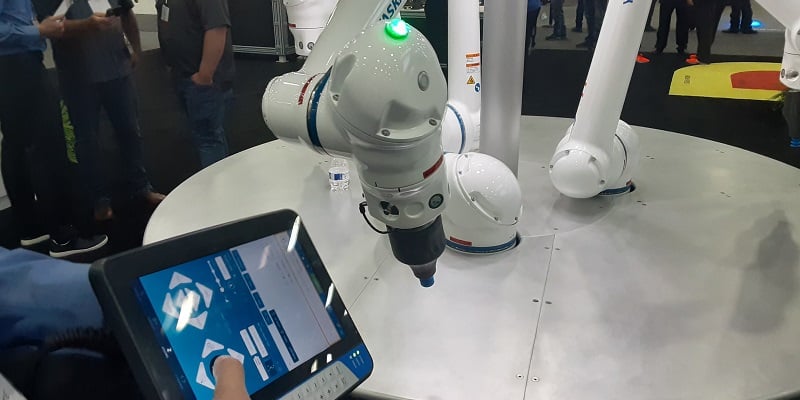 Yaskawa collaborative robot jogging with tilt-level sensors in the control pendant at Automate 2022. Image by Control.com

Both HC10 and HC20 robots meet established safety standards (TUV-certified to ISO 13849-1; comply with ISO 10218-1 and ISO TS 15066). The cobot series also meets power and force limiting requirements, which make operation alongside human workers much safer. Dual-channel torque sensors located in the joints of the HC Series bots provide a means of monitoring force to react in good time to avoid unwanted contact and prevent damage. The bots have been designed to enable a quick change between the collaborative speed of PFL mode and the full speed of industrial mode. 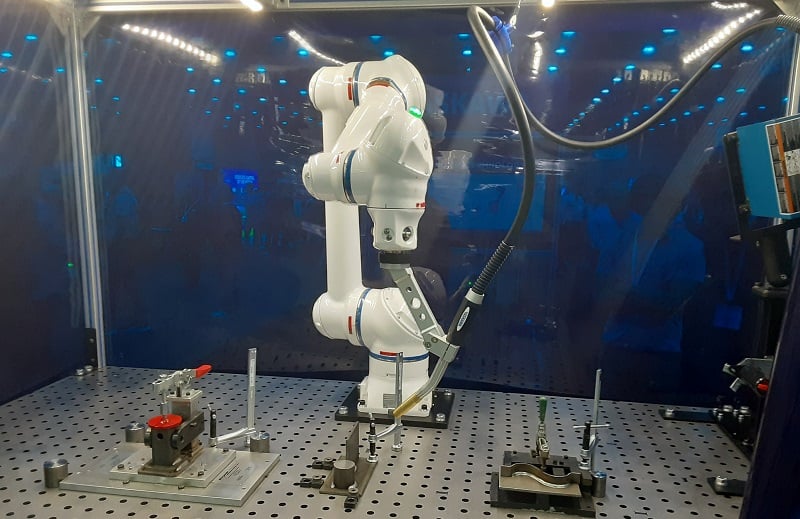 The HC10 and HC20 do not require a safety fence to operate (although this is risk assessment dependent), which can help operators reduce costs and save on valuable workspace. Both bots feature a streamlined design with through-arms to house cables, including a Category 6 Ethernet cable that enables communications for a wide variety of tooling options. This kind of cable is used for computer networks reaching 1000 Mbps, or one 1 Gbps of data transfer speed or higher. This helps to reduce the risk of snagging or interference with other equipment.

The HC10 (10 kg payload bot) and HC20 (20 kg payload bot) are designed to supplement welding work or for interacting with heavy workpieces. The HC10 has a 1,379 mm reach while the HC20 has a 1,900 mm. Yaskawa says that its customers can use hand-guided programming to direct teach points and benefit from a plug-and-play approach for more efficient deployment.

Yaskawa’s Smart Pattern extension allows the creation of jobs for repetitive handling tasks. Jobs can be customized and edited with a wide selection of grippers and end-of-arm tooling available for use. Jobs can be created for tasks such as stacking, unstacking, case packing, machine loading, and unloading.

Prompts are provided to create Pattern and/or Supervisor jobs which respectively define either motion paths for handling individual parts in a pattern, or defining separate patterns for many pick-and-place parts.

The Smart Pattern extension is compatible with the YRC1000 and YRC1000micro controllers and can be downloaded and used with both HC and GP-series robots.

The Smart Pendant v2.1 has a built-in Classic Interface view to allow resetting of alarms and editing of I/O for different user privilege levels. The new software solution has been designed to improve the configuration and programming of third-party devices. This includes Yaskawa’s Smart Packager software development kit. With this desktop tool, third parties can combine multiple components into a single convenient file, called a Yaskawa Installation Package, which automates multiple robot setup steps into one operation.

One of Yaskawa’s last highlights is its lightweight, speedy MotoMini robot. The 0.5 kg payload six-axis bot has a maximum working range of 350 mm and high repeatability of 0.02 mm to enhance performance when tackling small part handling and assembly. 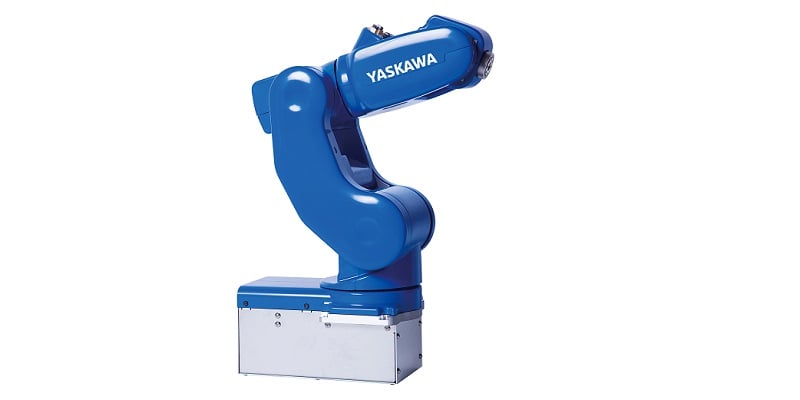 In addition to portability, customers can flexibly position the MotoMini to suit operating conditions or the workpiece being manufactured. The small, high-speed, industrial robot is driven by the MOTOMAN YRC1000micro controller.